Manuel LaRosa-Lopez is scheduled for a formal sentencing on Dec. 16. 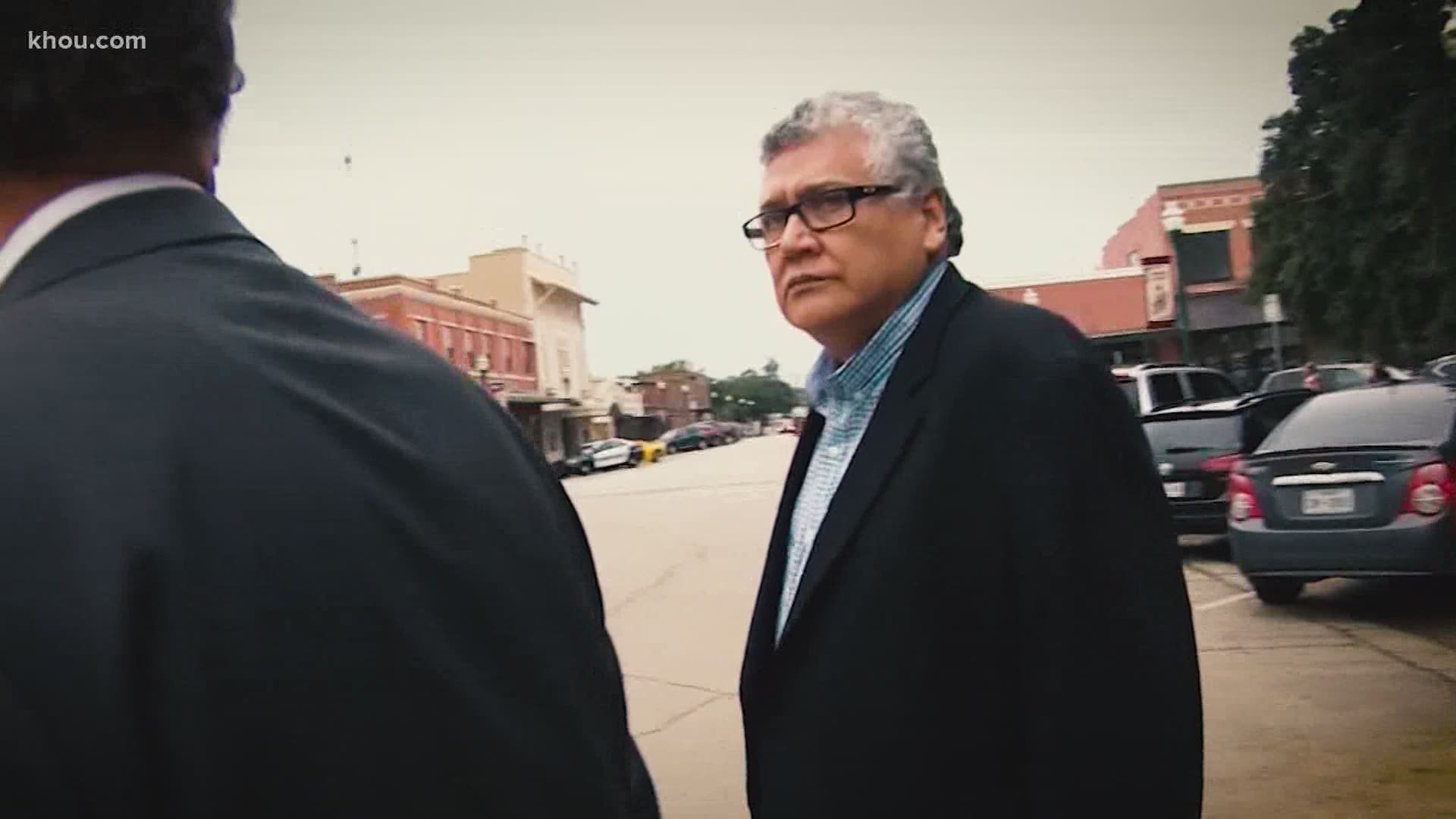 CONROE, Texas — A former Conroe priest at the center of a sex abuse scandal involving children is headed to prison.

Manuel LaRosa-Lopez has pled guilty to two counts of indecency with a child, and according to prosecutors Tuesday, has agreed to serve 10 years in prison.

He is scheduled for a formal sentencing on Dec. 16.

LaRosa-Lopez was charged back in May 2019. He is accused of abusing children while he was a priest at the Sacred Heart Catholic Church in Conroe.

"It is incredibly rare for clergy abusers to see jail time for their crimes and we applaud the brave victims who came forward to ensure that this dangerous man would face justice," Survivors Network of Those Abused by Priests (SNAP) said in a statement. "We believe that these survivors have surely saved other children from the lifelong scourge of sexual abuse and hope that they will now be able to focus on their own healing."

His victims were teenagers at the Sacred Hearth Catholic Church in Conroe. They alleged that in late 1990s and early 2000s, LaRosa Lopez kissed them, exposed himself and touched them inappropriately on numerous occasions.

“These victims waited 20 years for this,” said Montgomery County Assistant District Attorney Nancy Hebert. “And so the message should be it’s never too late to tell someone what’s happened to you so others can be empowered.”

Hebert said one of the victim's family did report the abuse to the Catholic Church early on. But the Archdiocese of Galveston-Houston never notified law enforcement. Instead, it sent the cleric for treatment at a Splendora rehabilitation center and later reassigned him to a parish in Richmond in Fort Bend County.

“Why were the authorities not immediately notified? That is a slap in the face to victims everywhere when you get treated like that,” said Eduardo Lopez de Casas with SNAP Houston.

Prosecutors said the original victim only learned of the priest’s transfer years later, when she reported the abuse again—this time directly to Conroe police.

It sparked an extensive investigation that included an unprecedented seizure of church records from the archdiocese to build the case.

In the end, an abusive priest owned up to his sins in a court of law. LaRosa Lopez is set to be formally sentenced December 15 in Montgomery County.

“We want our victims to know that there is hope,” Lopez de Casas said. “If you have faith, there is hope that one day you will see justice.”

The Archdiocese of Galveston-Houston and Cardinal Daniel DiNardo initially declined to comment on the guilty plea and referred questions to defense attorney Wendell Odom.

“This was after much deliberation and soul-searching on his part,” Odom said of his client. “He is accepting responsibility for what happened all those years ago, he wants closure on this and to move on.”

The archdiocese on Tuesday evening released the following statement:

"Today we were informed that Father Manuel La Rosa Lopez accepted an offer from the Montgomery County District Attorney’s Office to enter a plea of guilty to 2 of the 5 charges pending against him, with the remaining charges to be dismissed.

"This was a personal decision made by Fr. Manuel after careful reflection and consultation with his attorney. By pleading guilty to 2 of the charges, Father Manuel will accept the punishment that awaits him.

"It is our fervent prayer that all persons hurt by sexual abuse, and their families, will find healing and peace, and we certainly hope that is the case for all those impacted by today’s decision."

"We are grateful for this result and know that children are safer thanks to this conviction.

"Fr. Manuel LaRosa Lopez abused multiple children while he was the parish priest at Sacred Heart Catholic Church in Conroe and now he will spend the next decade behind bars. It is incredibly rare for clergy abusers to see jail time for their crimes and we applaud the brave victims who came forward to ensure that this dangerous man would face justice. We believe that these survivors have surely saved other children from the lifelong scourge of sexual abuse and hope that they will now be able to focus on their own healing. Parents and parishioners should be grateful to these victims for stepping forward.

"SNAP in Houston has been asking for a speedy resolution to this case for more than a year, urging Fr. LaRosa Lopez to plead guilty and spare these survivors the pain of a trial and public testimony. SNAP Houston has also been asking Cardinal Daniel DiNardo to meet with them to discuss his current child protection plan and how to ensure that no other boys and girls in the Archdiocese of Galveston-Houston are victimized by men like Fr. LaRosa Lopez. Now that this case is over, we hope that Cardinal DiNardo will take our leaders up on that request.

"It remains incredibly disturbing to us that the victims in this case reported their abuse to the Archdiocese, but law enforcement officials say that no report was ever forwarded to them. We hope the police and the district attorney are looking into this to determine why they never received a report and that they will pursue criminal charges where possible.

"This is yet another example of how secular society, not Catholic officials, are the ones looking out for children in the pews. We hope that anyone with knowledge or suspicions about clergy abuse in Galveston-Houston will go to law enforcement and make a report, especially if they have previously reported these crimes to Archdiocesan officials."