Astros fan recovering after foul ball hits him in mouth, pushes back teeth during Game 6 of ALCS

Drake Heinrich's upper bone in his mouth was fractured and his teeth were pushed back. 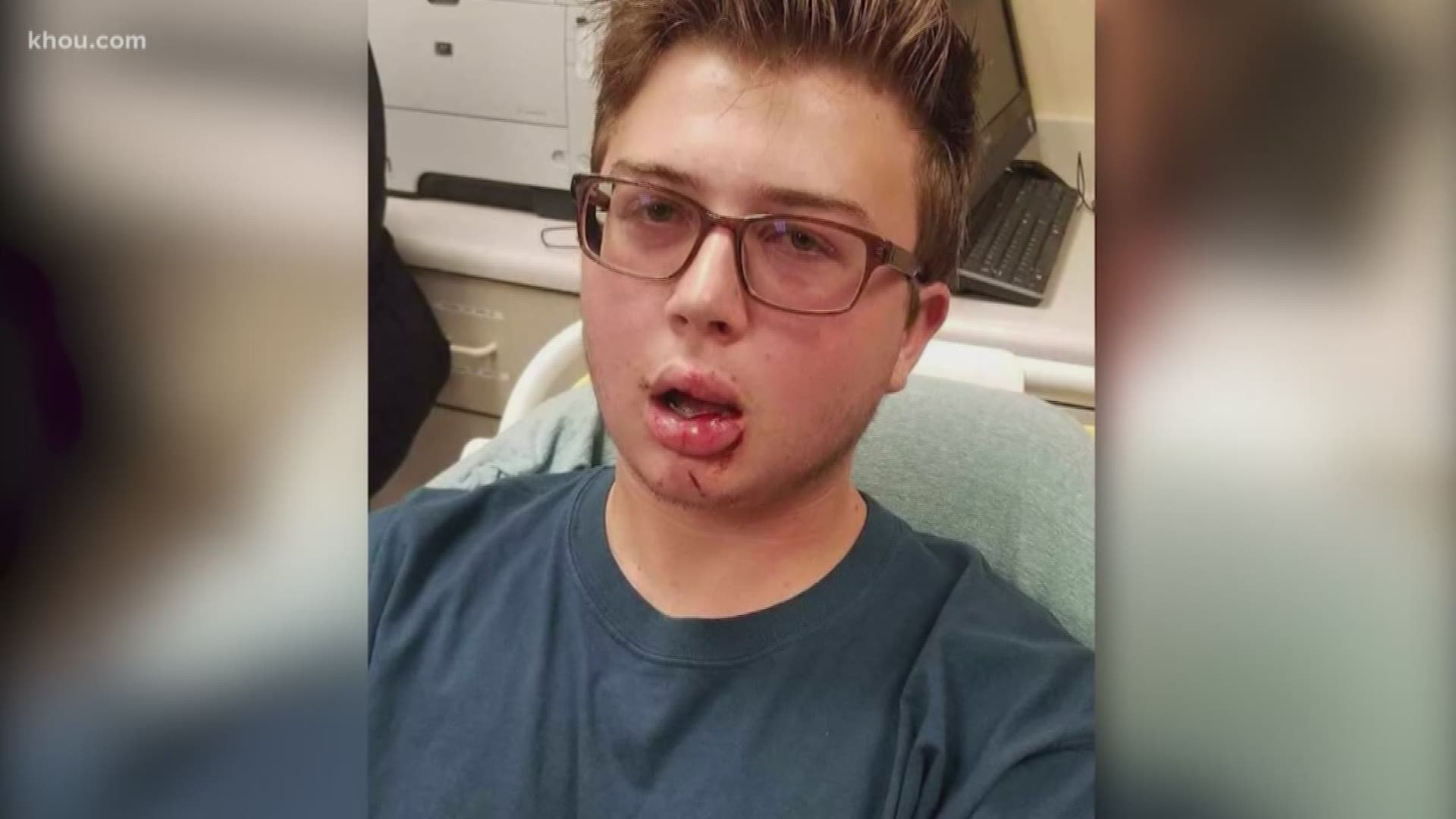 HOUSTON — A college student is recovering after he was hit by a foul ball at Minute Maid Park on Saturday night during the Houston Astros game against the New York Yankees.

Drake Heinrich says the foul ball hit by Josh Reddick during the second inning went up over the net and straight for his seat in section 166 on the 27th row.

“I noticed the ball is coming straight for me. So I’m sitting there thinking, ‘Hey, this is my lucky day,’” Heinrich said. “So I put my hands up. The next thing I know, I’m sitting in the chair, with everybody looking at me. My mom is freaking out and my dad is running up the stairs.”

Heinrich missed the ball and was struck in the mouth. He immediately began to bleed.

“I was not expecting it to hit me right in the lips,” Heinrich said.

The Texas A&M freshman was treated by paramedics at Minute Maid Park before he was rushed to the Memorial Hermann emergency room where he would spend the next several hours.

“The upper bone was fractured and the teeth were pushed back,” mother Theresa Heinrich said. “[His teeth were] displaced so they said they were going to numb him up and try to pull the teeth back into place as much as they could.”

Heinrich now has a stent in his mouth to allow the bone to heal. He will be on a liquid diet for the next two weeks and the device will be removed after one month.

Heinrich’s mother says his teeth will settle back into place in the best case scenario; at worst they will fall out once the stint is removed.

Heinrich calls this a freak accident and not preventable.

“The only way they can prevent that is if they ran a net all the way up there,” Heinrich said.

The accident is the second time someone has been seriously hurt by a foul ball at Minute Maid Park this month.

A paramedic was hospitalized earlier this month after he was hit in the head by a foul ball while standing in the Astros dug out.

The netting was extended at Minute Maid Park this year after a two-year-old girl’s skull was fractured after she was hit by a line drive during a game in May.

Heinrich was offered tickets from his father’s office for Tuesday night’s Game 1 of the World Series.

At this point, he is going to pass.

“So soon after it happened, still a bit on edge,” Heinrich said.