More than 128,000 ballots cast in person on the first day of early voting in Harris County

More than 128,000 ballots already cast on Day 1 of early voting with a few hours to go. 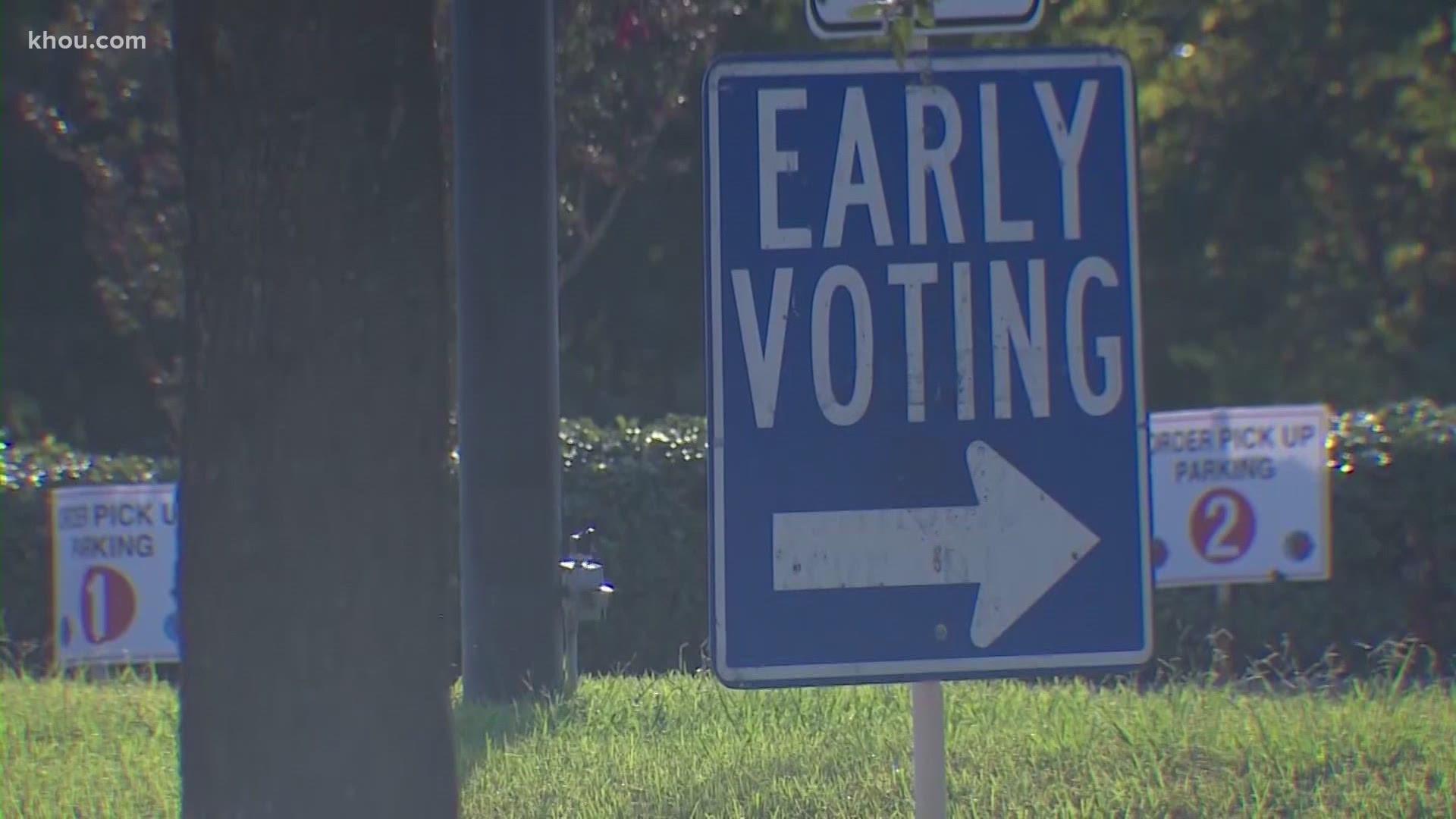 HOUSTON — More than 128,000 ballots have been cast on the first day of early voting, breaking the single-day record in Harris County.

The new record came with hours to go at the polls and just a few hours after the county broke the record for opening day turnout before 2 p.m.

The number of in-person ballots cast is almost as much as what the entire state of Georgia did on the first day of early voting for them on Monday. The Georgia Secretary of State's office said 128,590 people cast ballots.

The old first-day early voting record was about 68,000, which was set on the first day of early voting for the 2016 presidential election. Harris County Clerk Chris Hollins has been expecting a record turnout in this election. He also added a record number of early voting locations. There are 122, which is nearly triple the old record from 2016.

Ten drive-thru voting sites, like the one outside NRG Arena, are new to Texas, too.

The rodeo stomping grounds are also one of the mega-sites the county is using to better handle social distancing with larger crowds. At those sites, voters will find PPE, hand sanitizer, disinfectant wipes, Plexiglass dividers, and socially distanced lines and machines.

Some voters at Lone Star College Cypress Center in northwest Harris County told KHOU 11 they waited between two to three hours to cast their vote on Tuesday.

“We’re doing it in shifts. I dropped my wife off just now. She’ll text me when she’s done, I’ll bring the truck up, she’ll take the truck and leave me, and then, uh, we’ll take turns that way,” Joe Lanciaux said.

Voters can see locations and check estimated wait times for all of Harris County’s early voting locations by clicking here. You can also visit HarrisVotes.com/locations.

If you’re registered, you can vote at any of your county’s early voting sites.