2020 Texas voter guide: What to bring, where to go, what's on the ballot

November 3 is Election Day and we've got what you need to cast your ballot. 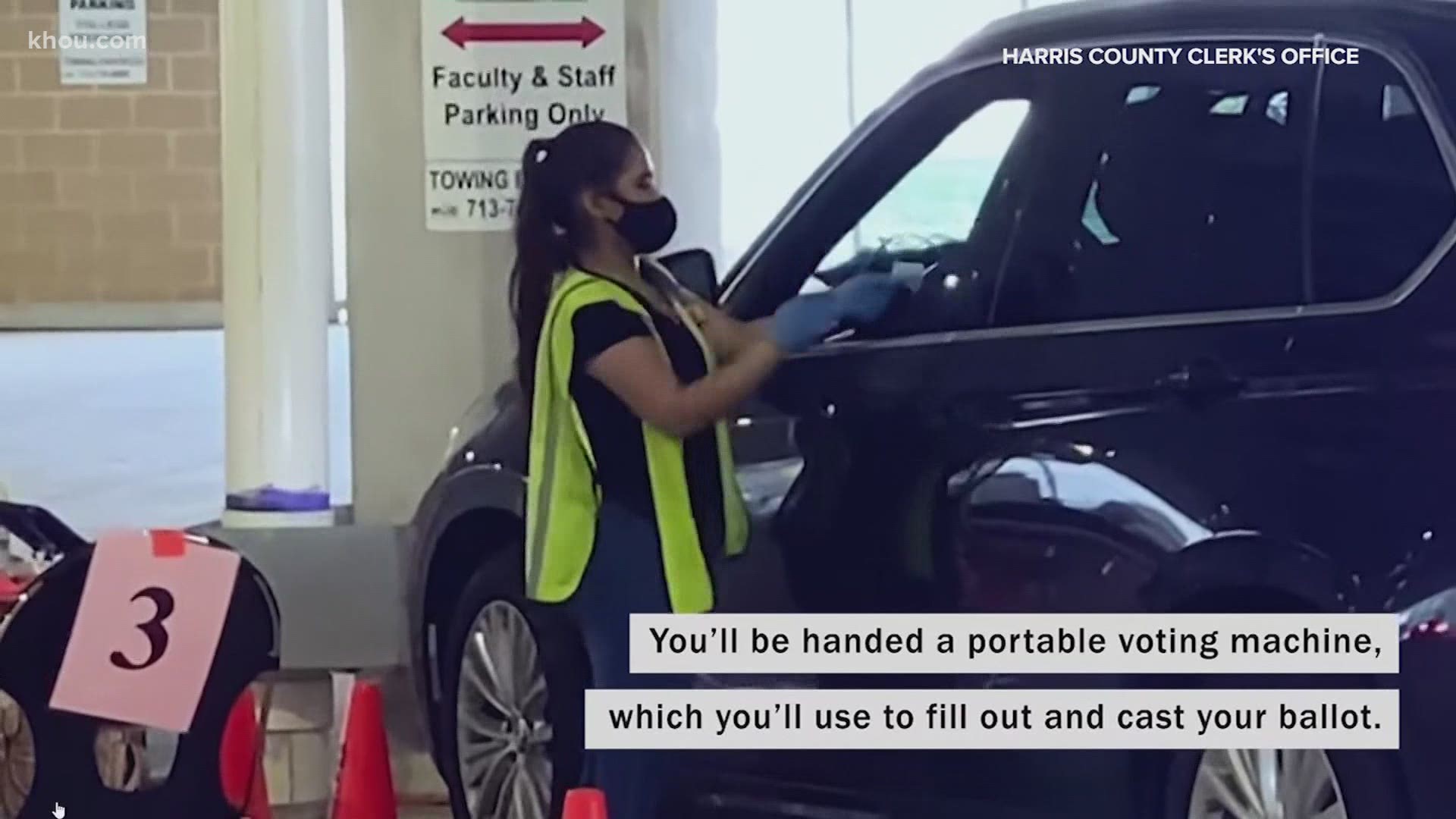 PLEASE NOTE: This page was geared towards early voting. For information about voting ON November 3, we have our Election Day voting guide here.

Election Day is November 3. The race to be the next president of the United States headlines the ballot, but the U.S. Senate race between M.J. Hegar and John Cornyn will also be decided. In District 22, it's Troy Nehls against Sri Preston Kulkarni. We're also watching the Lizzie Fletcher/Wesley Hunt race.  And the Texas House is also in the balance. On election nights, all results will be posted at KHOU.com/elections.

Below is information you need to know as you prepare to cast your vote. And if you notice any issues at the polls, text us at 713-526-1111 to let us know!

Before you cast your vote, make sure you've reviewed the ballot. Here's a page on the Texas Secretary of State's website where you can see what's on the ballot by county.

Early voting in the 2020 November 3 election

Early voting locations have been announced for Harris County. They launched a new interactive map on which you can check wait times and locations. You can also see the individual locations below, with wait times.  And remember -- for early voting, you can vote at any Harris County location.

In Harris County, there are eight locations that will be open for early voting for 24 hours.  Those locations are in the tweet below.

Early Voting starts Tuesday, Oct. 13, at 7 a.m. at 122 locations. Harris County voters can vote at ANY location. See locations and their wait times at https://t.co/s3HBl2J9bW. pic.twitter.com/PJBsp5RkUW

More early voting locations and hours. Individual counties may have different early voting hours. Please make sure of the times before heading tot he polls.

What to bring with you to vote

You don't want to get to a polling location and not be ready. There are certain types of ID you need to show before you cast your ballot. We've compiled a list of all of the acceptable ID forms here.

Vote without getting out of your car

In Harris County, voters have the option of drive-thru voting. There are 10 locations around the county where you can take advantage of this.

What to know about mail-in voting in Texas

Because of the COVID-19 pandemic, there could be a surge in mail-in voting. You have to meet certain criteria to cast your ballot by mail. They are:

Here is everything you need to know about mail-in voting for the 2020 general election in Texas.

If you vote by mail in Harris County, you can track your ballot here.

Want to earn a little extra cash for the elections?

Harris County is hiring people to work at their polling locations. If you're interested, here's what you need to know.

Race for the White House

Incumbent Republican President Donald Trump goes up against former Vice President and Democratic candidate Joe Biden in the biggest race on the ballot.

In 2016, Trump took Texas by 9 percentage points over Hillary Clinton en route to his White House win. This time around, early voting could play a pivotal role.

"I wouldn't be shocked to see 70 to 75% of votes cast before Nov. 3," KHOU political analyst Bob Stein said shortly after Labor Day.

For this election, Gov. Greg Abbott added six more days to early voting because of the COVID-19 pandemic.

Stein says this election may not be decided on Election Day. It could drag on.

Sen. John Cornyn has represented Texas since 2002. M.J. Hegar, on the Democratic ticket, has never held office. She defeated Texas Sen. Royce West of Dallas in the runoff.

Fort Bend County Sheriff Troy Nehls is the Republican nominee, going up against Democrat Sri Preston Kulkarni in the seat vacated by Pete Olson. It's a  district that has been Republican for so many years.

"I could see new registered voters in precincts that are overwhelming Democratic among voters well below the age of 45, many of them females and many of them non-Anglo,"he said.