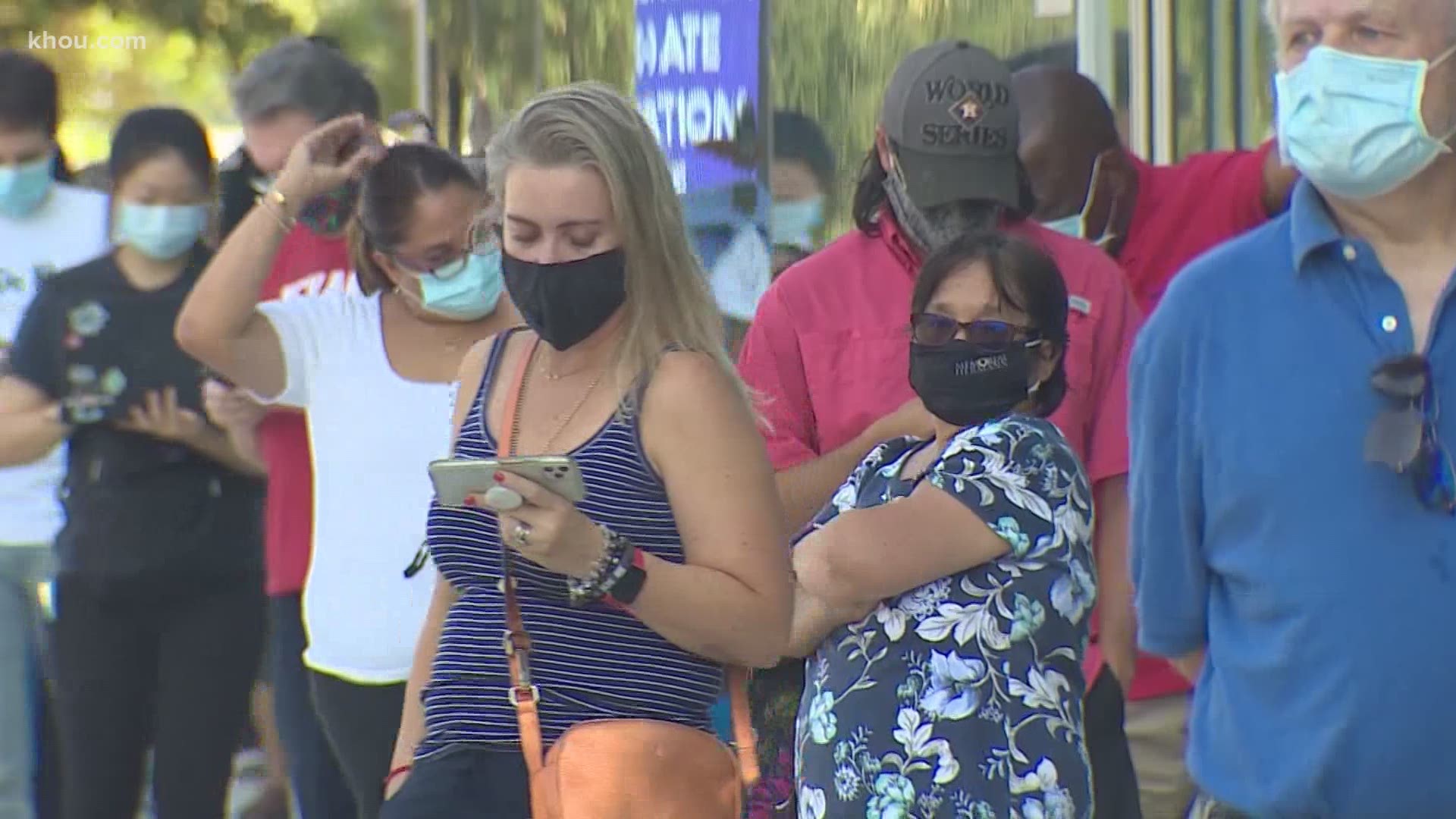 The decision came after technical glitches prevented the polls from opening at their scheduled time of 8 a.m.

Fort Bend County leaders said the machines didn't have today's date programmed so they wouldn't work when the polls opened. They were programmed for Oct. 19, the original start date for early voting before Gov. Greg Abbott extended it due to the pandemic.

"They were not programmed to start this morning. And that had to be reprogrammed," Fort Bend County District Attorney Brian Middleton said.

He said they are investigating whether it was intentional, but said it could be because they're using "state-of-the-art machines" for only the second time.

“If that were the determination, my office stands ready to hold people accountable,” said Middleton.

“I was extremely disappointed with the technical issues," In a tweet just after 9 a.m., County Judge KP George. "Those who are responsible will be held accountable. In an era voter where suppression is real, I will authorize a full investigation and call for accountability.”

INTERACTIVE MAP: Where you can vote early in Fort Bend County

Many voters from Sugar Land to Missouri City told KHOU 11 they lined up extra early to vote only to wait for hours.

My friend Marlon in Fort Bend county just waited 7 HOURS in line to vote due to avoidable technical errors that forced many to leave before casting their ballots. Join me in supporting Fort Bend county judge @JudgeKPGeorge’s effort to extend voting hours to make up for lost time. pic.twitter.com/P1BPs9P7ag

Beto O'Rourke tweeted photos of an elderly man with a walker who waited in line for seven hours to vote.

An ambulance was called to the Missouri City Community Center to treat a woman who got dehydrated while waiting in the heat.

"I think it's kind of embarrassing for the county to have people out here for so long. This is a huge election for a lot of people," said 19-year-old Akash Karaman, who was voting for the first time and missed class because of the delays. "This is a disheartening experience as a first-time voter."

Unreal. People claim they’ve been waiting 2.5-5 hours to vote at Fort Bend Co. Four Corners Rec Center. Voters say only 1 machine is working. Trying to track down a county official. A majority of voters in line are people of color. #khou11 #earlyvotingtexas pic.twitter.com/IZiVqVBZGz

Voter Doris Kung said she was "surprised and disappointed," but came prepared with a book and a hat to block the sun.

"I’m just going to give them grace and let it just be," Kung said.

At a later news conference, George apologized to voters but said he had nothing to do with the issue. He urged residents who left without voting to try again.

"Remember, people have died for our right to vote. Stay in line or come back at a convenient time - the future of our country depends on us," George tweeted.

I am extremely disappointed with the technical glitches that riddled Fort Bend County Election machines this morning. Those who are responsible will be held accountable. In an era voter where suppression is real, I will authorize a full investigation and call for accountability. pic.twitter.com/ZD5Hf2y37D

George called the voter turnout on Tuesday "historic." The extended hours go through Saturday of this week. 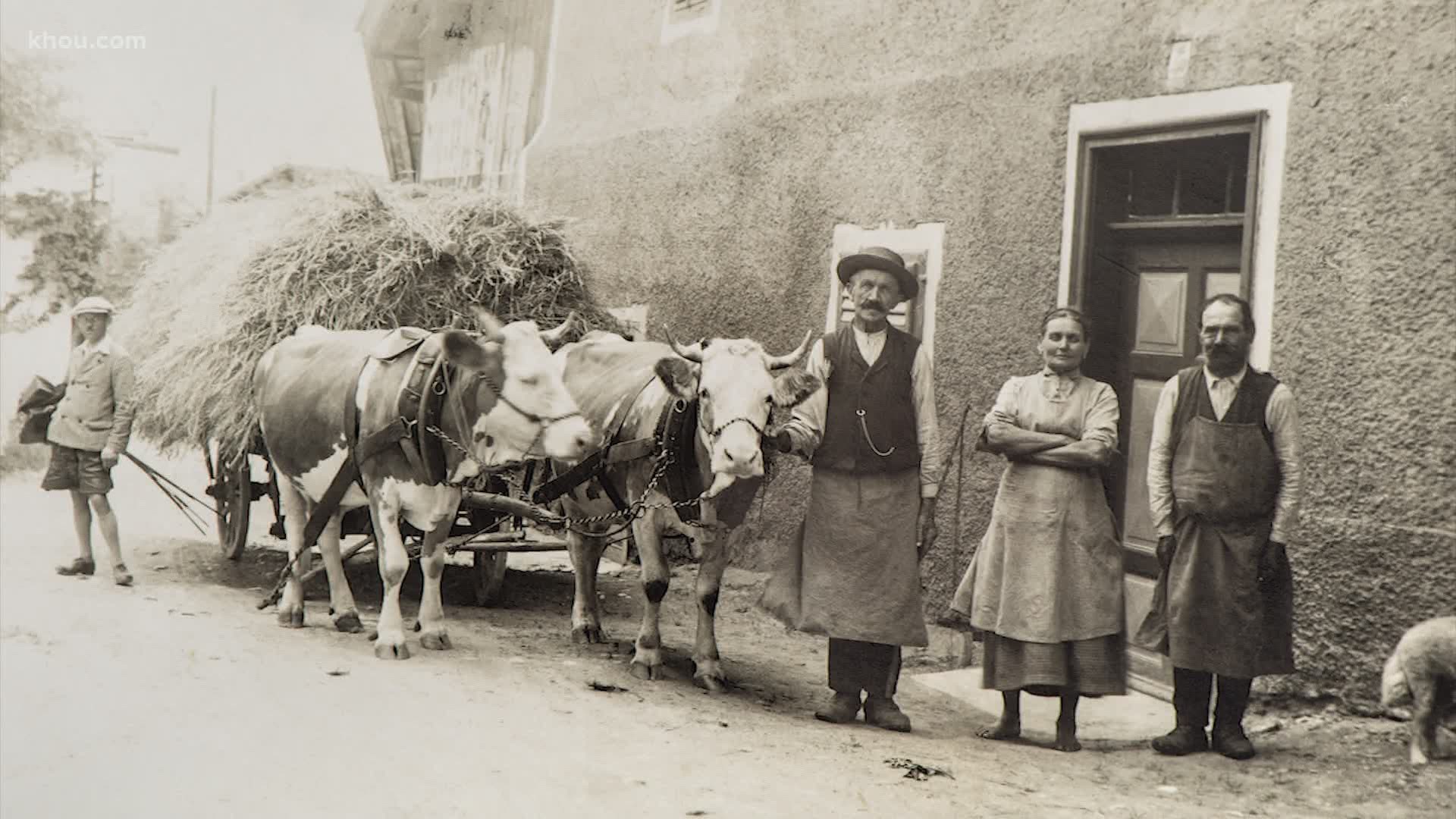 Why do we vote on a Tuesday in November? 'The Why' has your Election Day history lesson