Harris County, which is the first in Texas to offer drive-thru voting, opened 10 locations across the area Tuesday for early voting. 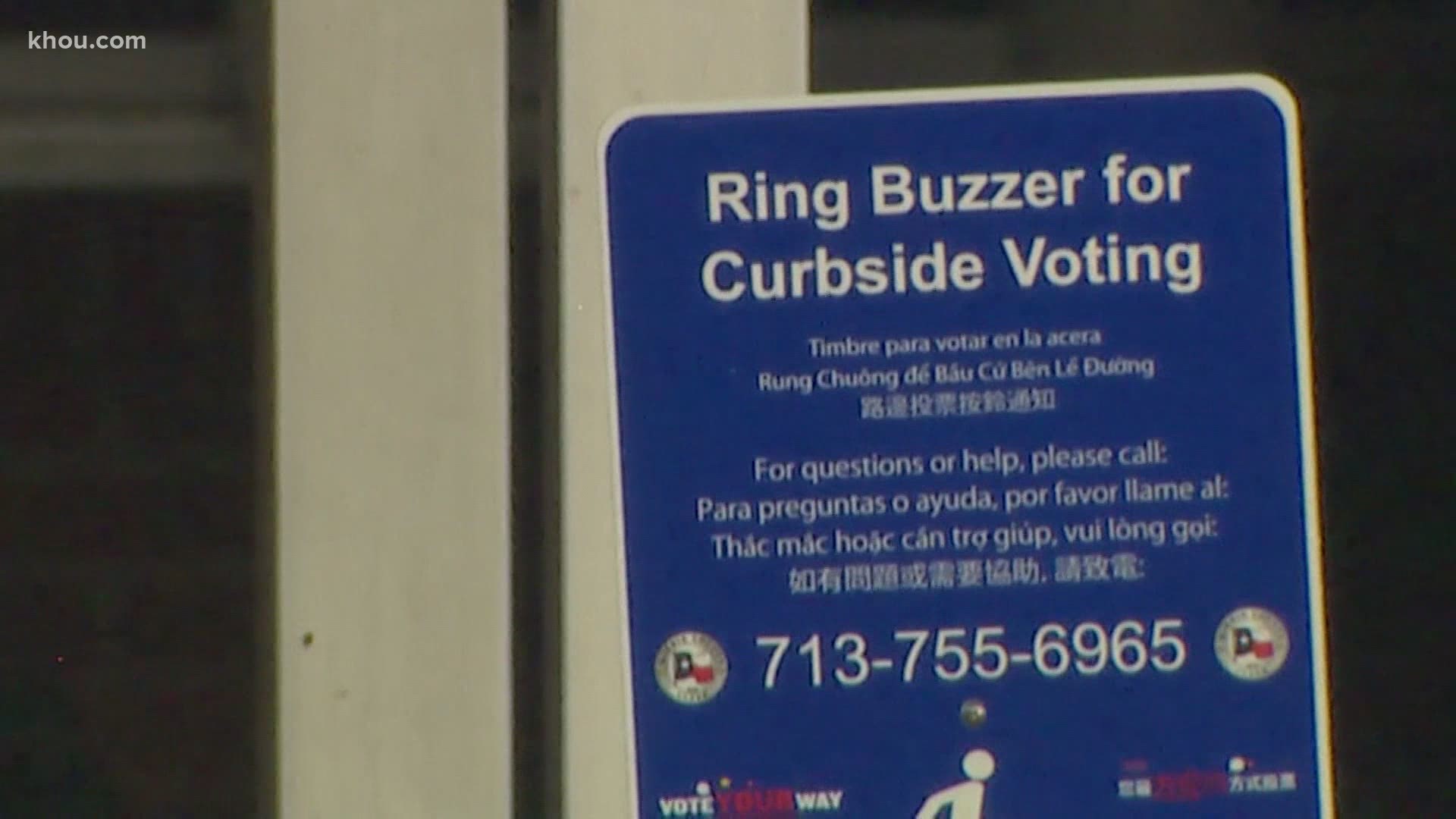 The drive-thru sites were created to give voters concerned about coronavirus a safe option.

However, the lawsuit said drive-thru voting is an expansion of the Texas Election Code policy meant to help disabled residents participate in elections. It asserts that fear of contracting COVID-19 isn’t a valid excuse or disability, and thus, shouldn’t be allowed.

Right now, many changes being made to accommodate COVID-related obstacles, such as in-mail ballots for everyone, have led to legal turmoil in Texas.

The lawsuit argues curb-side or drive-thru voting should be reserved exclusively for people who can not walk into a polling station.

The group has accused Hollins of overstepping his jurisdiction and attempting to unlawfully rewrite state election laws. They’re criticizing the county clerk’s actions as a “political maneuver…to undermine electoral integrity.”

According to the Harris County Clerk’s Office website, drive-thru voting is more effective way for voters to social distance; secure because it uses the same voting machines and procedures as walk-in voting; and allows 10-30 voters to place their ballots at a time. Also ensuring that the voting process is safe but quick as possible is a major concern in Harris County, which is the most populated county in Texas.

RELATED: Harris County early voting locations: Where and when to vote

RELATED: 2020 Texas voter guide: What to bring, where to go, what's on the ballot

“The Republican Party has feverishly used its resources to limit voters’ ability to exercise their constitutional right to vote this November instead of figuring out ways to help voters know their rights. This lawsuit is not only frivolous, but it’s also a gross misrepresentation of the differences between curbside voting — for voters with disabilities, including illness — and drive-thru voting, which is available for all voters who want to vote from the safety and convenience of their vehicle. My office is focused on ensuring voter safety and access this fall. We invite all political parties to join us in that mission.”

The Texas Republican Party sent us a statement, which reads in part:

“Chris Hollins is telling all Harris County residents that they are eligible for curbside voting when he knows that is not the case. Any voter that does not qualify to vote curbside under narrow statutory language would be voting illegally if allowed to vote drive-thru.”

“Drive-thru voting is for everyone and those are unique centers we’re doing this for the first time in Texas,” Hollins said. “It’s totally different from curbside voting and voters love it.”

Leading up to the first day of early voting, Hollins said his office has been working with the Texas Secretary of State’s office on the drive-thru voting model.

KHOU 11 reached out to the Texas Secretary of State’s office, but did not hear back prior to broadcast.

Hollins says the drive-thru voting for everyone, and the curbside voting for those with illnesses or disabilities, will not be shutting down.

“We’re going to continue operating those convenient, safe routes for Harris County voters to have access to their franchise,” Hollins said.