During Mental Health Awareness Month, we are examining survivor's trauma even years later in our Be Mindful series. 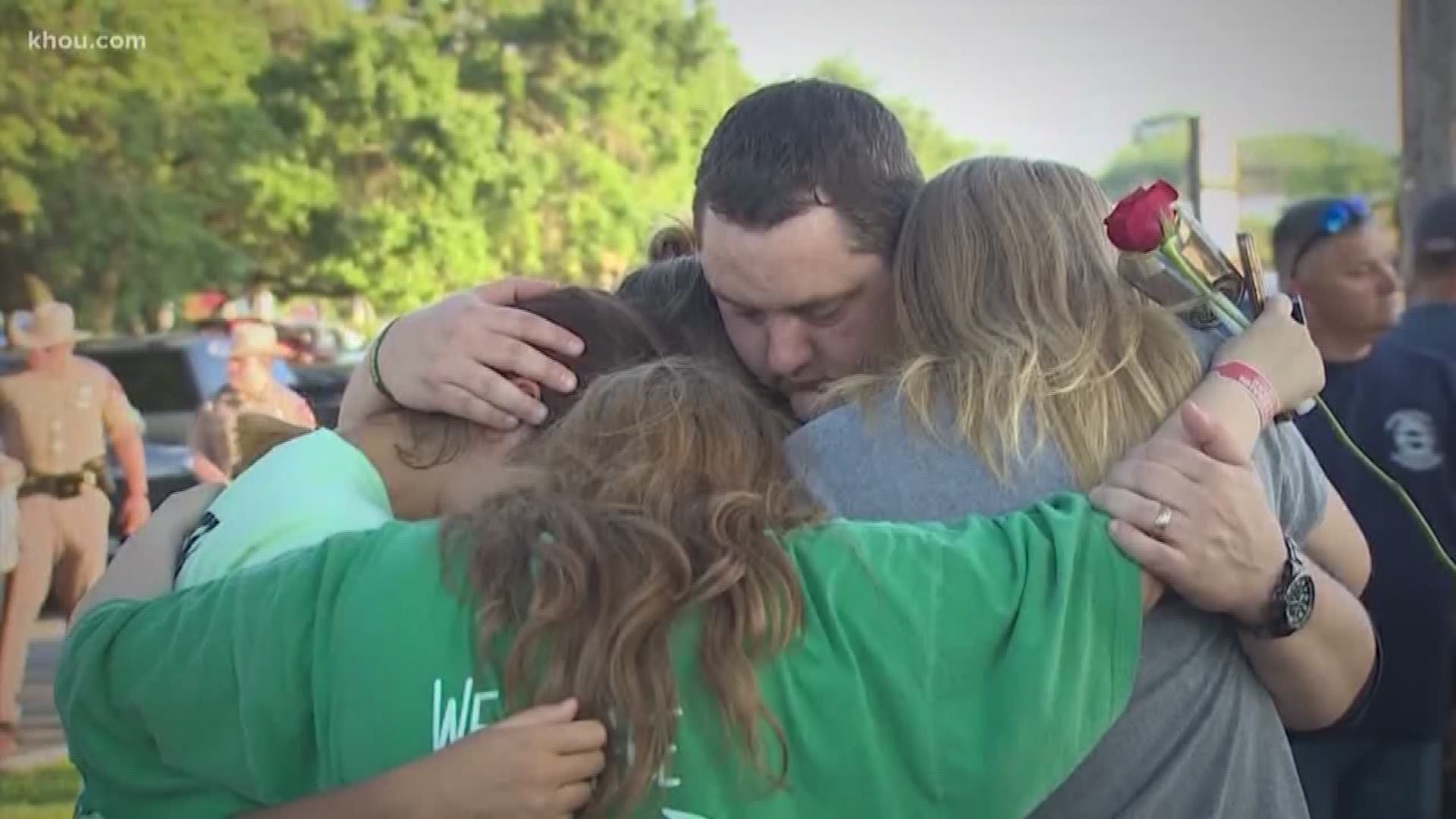 HOUSTON — Last weekend marked one year since the Santa Fe school shooting that killed 10 and wounded 13.

Anniversaries are a significant time for survivors and family and can be a dangerous window.

About a year after the Parkland school shootings, two teenage survivors killed themselves this past March.

Days later father Jerry Richman did the same. It was 6 years after his daughter was killed at Sandy Hook.

Now, during Mental Health Awareness Month, we are examining survivor's trauma even years later in our Be Mindful series.

Seventeen-year-old Chris Stone, a Santa Fe high school football player was killed as he blocked a closet door, protecting students behind him.

Sister Mercedes Stone says, “For me, every day it's like – it gets a little worse, honestly. ‘Cause that's another day further away from Chris.”

She adds, outsiders don't understand - how little time a year can be.

Mercedes says, “It was almost like making fun of you for you being still upset about it, like, that it happened almost a year ago from now.”  She goes on to say, “Especially on social media. They'll try to almost shame you for still caring at this point.”

Kaplow remembers, “We were there really the day after. We deployed our entire team of trauma and grief clinicians.”

They helped establish the Santa Fe Strong Resiliency Center which continues to help those impacted by the trauma.

Kaplow says - be alert about trauma reminders, like fireworks which can sound like gunfire, playground screams or doors slamming.

Kaplow explains, “Sometimes that one-year mark can be the most painful because it's that recognition that an entire year has passed.”

The psychologist also counsels, how we remember those we lose, can be a powerful tool.

Kaplow suggests, “Finding healthy ways to connect to the people who died. Including living the legacy of the person who died.”

Mercedes agrees. “What really pushes me through is replaying those final moments and good conversations and great days I've shared with my brother Chris.”

Kaplow suggests asking yourself, “How can I live my life in a way that the person would have been proud?”

Sisters Mercedes and Angelica have become active in school safety issues and painfully aware that we never know what is happening with someone else.

Angelica says such a devastating event teaches you to keep life in perspective, saying, “It humbles you a little bit more into learning to be kind, knowing that little things really don't matter.”