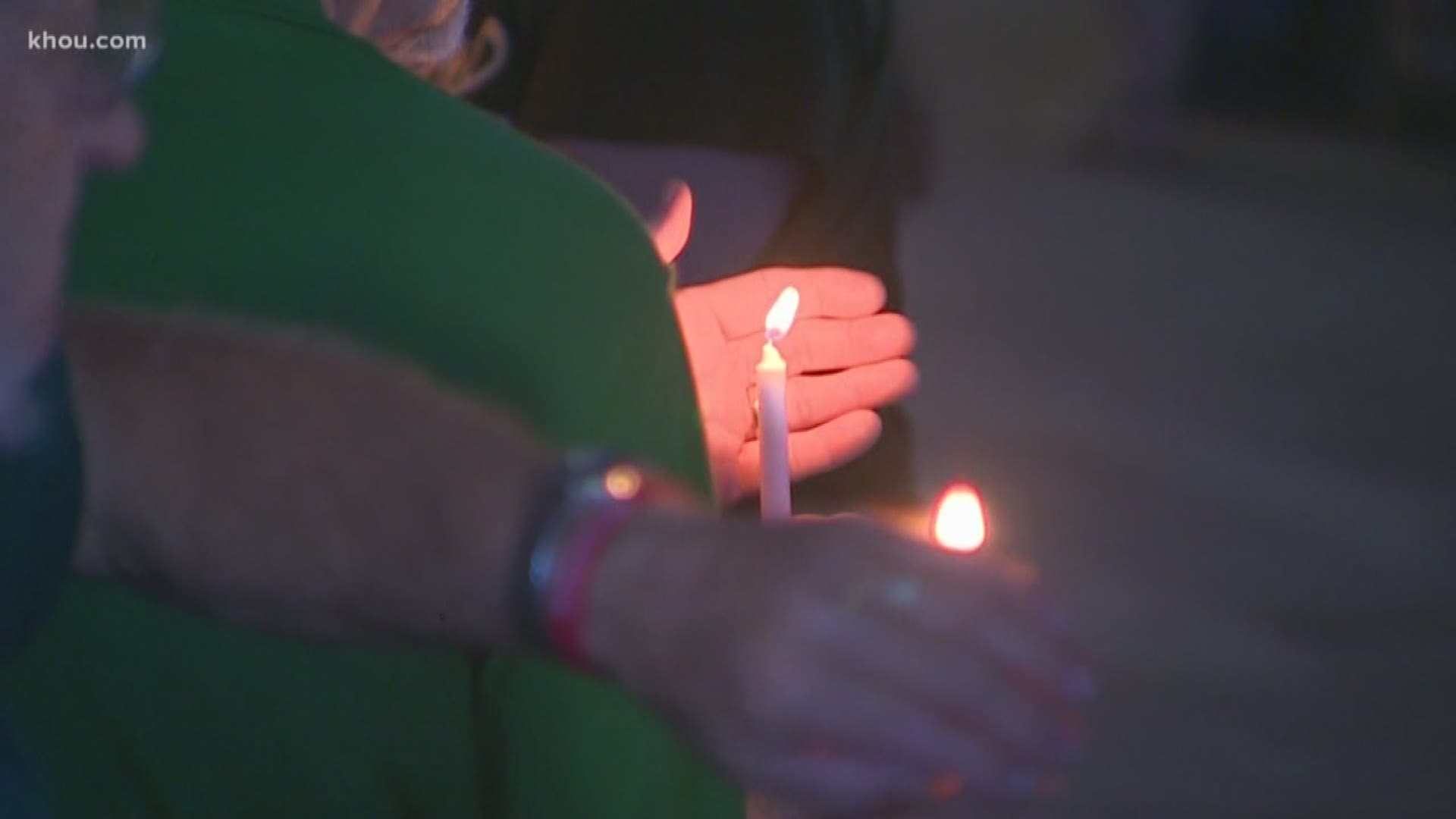 SANTA FE, Texas — It's been a year since that tragic shooting that took the lives of eight students and two teachers at Santa Fe High School.

In honor of that, hundreds gathered Saturday night for a candlelight vigil to honor those who were lost.

“I just think that it’s a miracle that she survived," Sonia Lopez said.

For Sonia Lopez, the scars haven’t healed, mainly because her daughter Sarah, who was shot twice on that day, has yet to heal herself.

“The only thing she's fighting right now is the lead poisoning. They left over 20 pellets in her body," Lope said.

Now, a Junior at Santa Fe, Sarah has to go back to the doctor in June to find out what’s next.

"She’s in pain. She’s always in some kind of pain, some level of pain," Lopez said.

RELATED: One year after Santa Fe school shooting, families remain heartbroken. These are their stories.

May 18th will be the day they’ll forever fear and never forget. The day ten lives were lost.

As the names were read at the vigil, candles were lit.

The candlelight vigil put on to prove the lives taken and the loved ones injured will never be forgotten.

“God knows what else my daughter’s going to have to go through before she can relax and be fine," Lopez said.