There have been difficult days for Principal Blundell, her staff and the school, but she said some of the most challenging days have also been some of the best since the tragedy. 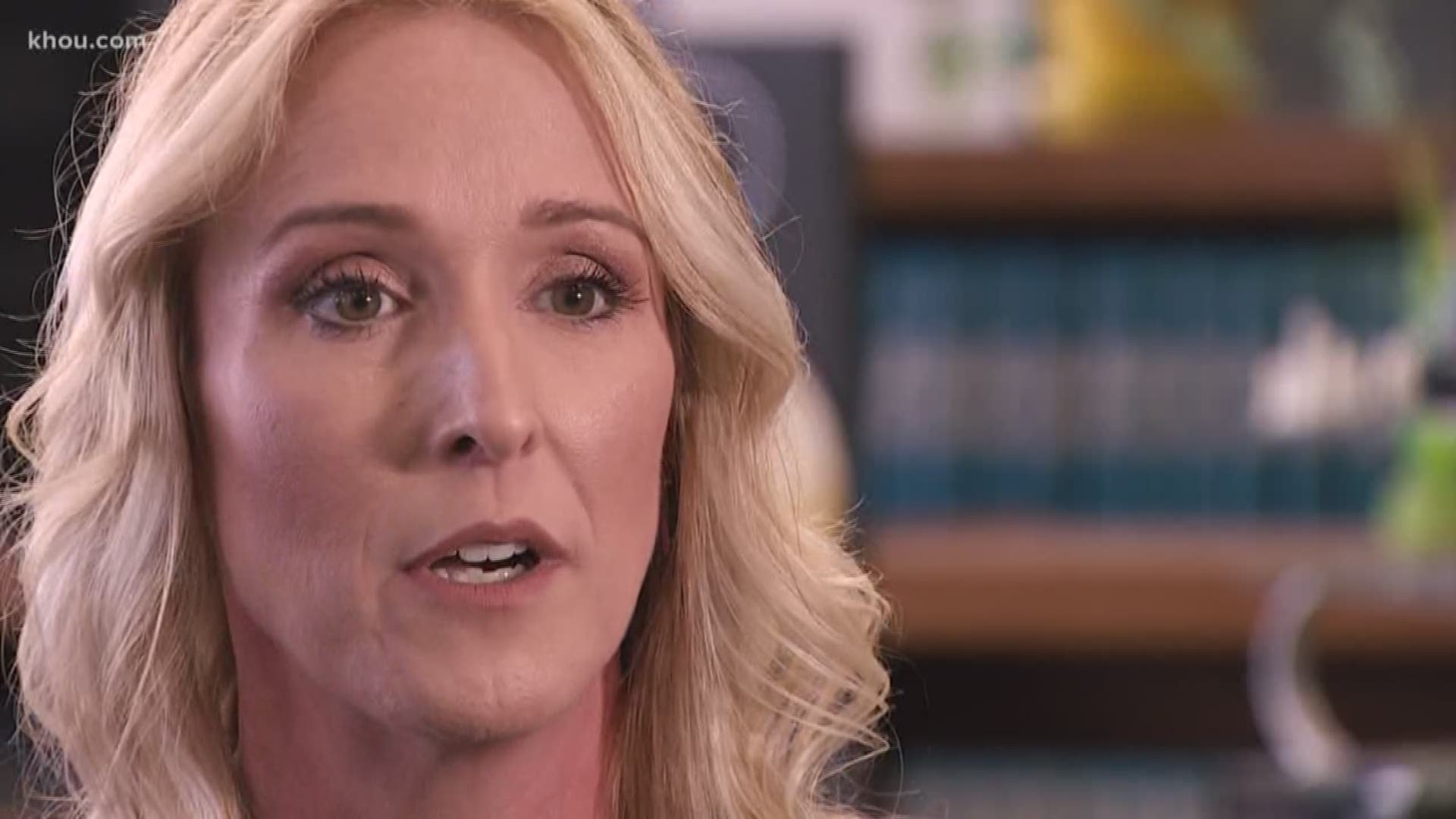 SANTA FE, Texas — Rachel Blundell, the principal of Santa Fe High School, reflected on the past year since the deadly school shooting. It has been a year of emotional challenges -- yet accomplishments -- as the community continues to find strength and resilience in one another -- especially now.

"When I walk through the doors, there's reminders of it," she said. "When you see kids and you know that child is friends of one of the deceased students, it's a reminder."

Blundell is a product of Santa Fe. She graduated from the high school in 1993 and came back to join the school district first as a teacher, then a middle school principal and now the head of Santa Fe High School. She was at the school the morning of May 18 and recounted the shooting to Gradney as they walked the halls together.

"I was in the office area when the fire alarm got pulled," Blundell said. "Our procedures are to go and make sure all the students are safe and out of the building. So I came out into the hallway close to the art room, and I heard the shots."

The principal shared how once she got over the shock of what was happening, she quickly went into a focused effort to get students to safety. She had to first make on-campus police aware and then mobilize students.

Amid all the chaos, Blundell's thoughts eventually turned to her own daughter who was a senior at the high school.

"I couldn't remember what she had for first period," Blundell said.

Blundell told herself her daughter was in good hands with the staff she knew so well and entrusted them to mobilize her. Her daughter is now in college and doing well, according to Blundell.

"She sought help like I did," she said. "My youngest daughter now goes here."

She said they both feel safe now.

"We all pull together," she said.

Blundell said she has never thought to leave and not show up for the kids.

There have been difficult days for Principal Blundell, her staff and the school, but she said some of the most challenging days have also been some of the best since the tragedy. She nods to the football team's first game and more recently the senior prom.

Principal Blundell said more students attended the prom than ever before.

"I can't get over how strong our kids are," Blundell said. "It's one thing for an adult to come back into the school, but the kids who were high impact and in the art room. I know some of them very well. But each one of them lived way more than I ever did that day. My story is very small compared to theirs."

She left Gradney with one last poignant thought.

"For some, just walking into this building and being triggered on a daily basis for something that is traumatizing as it is and then sit down in a classroom and learn...that's amazing. It should be commended. That's honorable they can do that."

'He died fighting': Family remembers son who fought to save others during Santa Fe shooting

Santa Fe: Do one act of kindness to honor victims of deadly school shooting

One year after the Santa Fe High School shooting, are students any safer?