'He died fighting': Family remembers son who fought to save others during Santa Fe shooting

Chris Stone was in the art room when the shooter walked in. 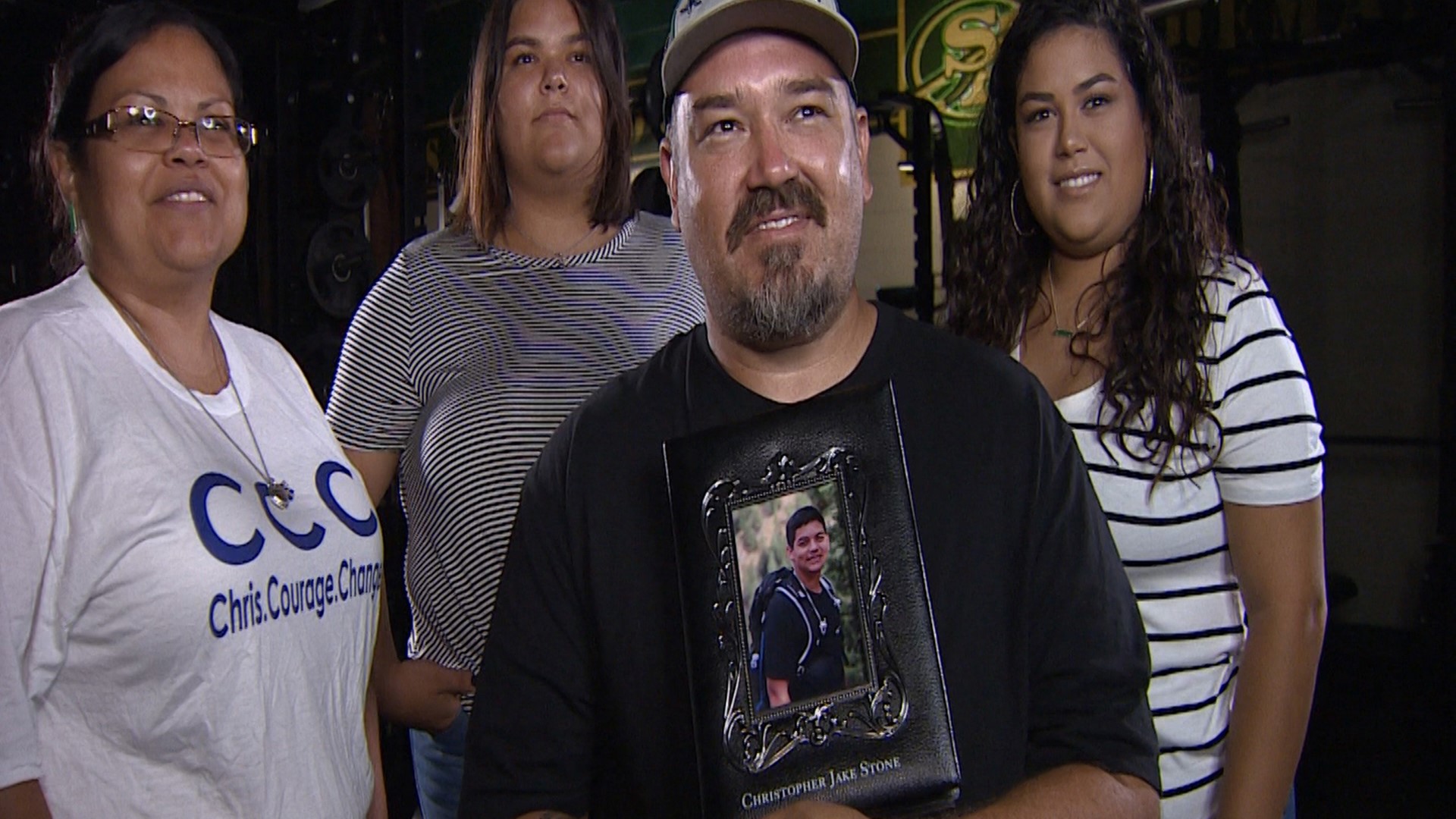 Under a gray sky spitting misty rain, Christopher Stone tended to his smoker at the Galveston County Fair. He’s a tall man with tattoos on his arms and a graying mustache. He wore a black shirt with green-and-white lettering that read Bonez & Stones Cookers, the name of his cookoff team.

His smoker was filled with food—pork butts, sausage and bacon—some of which he’d later enter into the Fair’s barbecue contest. He was surrounded by his family—his two daughters, Mercedez and Angelica—and close friends. But he was missing an important person: his teenage son, his namesake, Chris Stone.

“You know, the Fair, that’s where my son would be. This is where he would be every damn year,” the senior Chris said.

Credit: KHOU
Chris Stone tends to his smoker at the Galveston County Fair.

The younger Chris was killed in the school shooting at Santa Fe High School on May 18, 2018, when a gunman walked into his art classroom and began shooting. He was 17.

As his family gathers at the fairgrounds, the memories are still too fresh, the pain still too real as they reminisce about their loved one. Angelica, Chris’ older sister, tears up when she talks about her brother.

“Chris was a very down-to-earth person that all he wanted to help,” she said. “And it’s important for people to know him as that and hopefully be inspired by who he was.”

Mercedez was babysitting when she got a call about the shooting. She didn’t have a lot of information, but she immediately felt uneasy; she knew her younger brother was at the school. She tried to keep her composure as the children played.

“You’re trying to act fine, trying to act cool, but you’re not. You’re freaking out,” she said. “And instantly, I don’t know why, I just knew something happened to Chris.”

At the hospital, they watched paramedics wheel a boy out on a stretcher and take him inside. The older Chris swore it was his son. They walked into the emergency room lobby with other Santa Fe families already inside, joining them for the long waiting game for any updates on their loved ones. An employee walked out and began reading names one by one.

“They get everybody’s name called,” Mercedez said, “and just me and my dad were left in that room by ourselves and left looking at each other like, ‘What do we do?’”

By noon, Mercedez and her dad had gone to several different hospitals looking for Chris. He wasn’t at any of them. Back in Santa Fe, her mom and sister were at a staging area for parents and families, watching as some reunited with their children, watching as busloads of students arrived from the high school. There was no sign of Chris there, either.

Credit: KHOU
Chris Stone was one of 10 people killed in the shooting at Santa Fe High School. His family remembers him as a down-to-earth person who was true to his word.

Months before the shooting, Chris’ mom, Rosie, asked him what he would do if a shooter ever entered his school. She brought it up because of the school shooting in Parkland, Florida, where 17 people died on Valentine’s Day.

Chris said something like he’d try to fight back. Rosie eventually dismissed the idea and told him that the worst thing that would happen in Santa Fe is he might get run over by a cow. They all laughed.

But then it happened. Chris found himself in the art room closet holding the door shut while other students tried to move an oven in front of the door. The shooter was standing outside. Chris was shot in the stomach. Mercedez said he died in the closet, fighting to protect the people, just like he said he would.

Sometime after the shooting, the family took a tour of the art classroom. They wanted to know exactly what happened to Chris in his final moments. As they walked through, Mercedez noticed tiny bullet holes from the numerous shotgun blasts that peppered cabinet doors, the tile floor and the ceiling.

They approached the closet where Chris died. More shotgun blasts pierced the walls. Tiles were missing from the floor where Chris’ body once lay.

“A lot of emotions were running then,” Mercedez said. “I was still in the process of I want to understand. I want to know how this happened—who was first. I need a timeline in my head to make sense of this.”

Credit: KHOU
Months after the shooting, Chris Stone's family gathered to share stories about their loved one. Pictured are his father, Chris Stone (front); mother, Rosie Stone (left); and sisters Mercedez (back center) and Angelica Stone (back right).

Back at the Galveston County Fair a year later, the Stone family is still trying to make sense of it all. The senior Chris was still checking the temperature of the meats in his smoker.

As he closed the lid, I noticed a tattoo on his right arm that stretched from his elbow to his wrist.

In black cursive lettering it reads, “Son, forgive me that I live and you are gone. There’s a grief that can’t be spoken, and there’s a pain goes on and on.”

In the six-part podcast Santa Fe: Life After the Shooting, White and Keyser share these families’ stories of heartache and how those 30 minutes on May 18, 2018 have changed their lives forever.

RELATED: 'He died fighting': Family remembers son who fought to save others during Santa Fe shooting