The story of when Rice coach Al Conover fired a pistol at a sportswriter who was watching practice from in the stands. 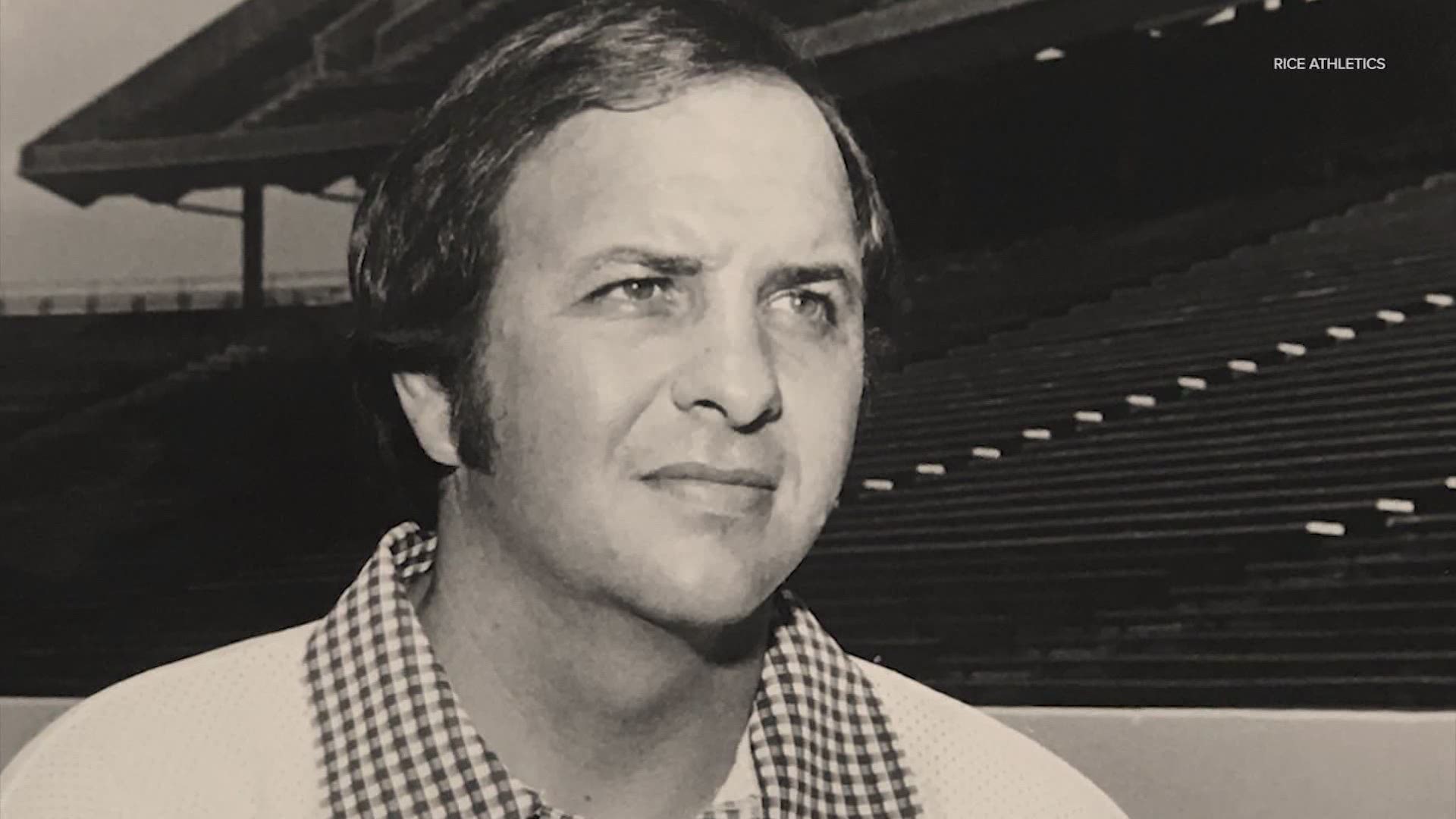 HOUSTON — Football coaches and the secret service. Both play it close to the vest, but only one carries a gun. Or so we thought.

It was Sept. 12, 1974, and Rice University’s football team was preparing for its season-opener against Houston. During practice, Rice’s flamboyant head coach Al Conover – or Big Al – looked up into the stands and saw a spectator. Or was it an intruder?

Like most coaches, Conover’s practices were closed to the public. To be there, you needed permission from him.

Big Al wondered if the spectator was a spy from the other team. Yes, a spy.

Conover was familiar with the concept. He supposedly once dressed as a student to watch another team’s workout.

The coach asked if anyone knew the guy watching his practice -- Negative.

Conover then rushed over to the stands, pulled a pistol from his jacket and started firing at the unsuspecting visitor while yelling, “You’re a spy!”

OK, they were blanks from a starter’s pistol belonging to the school’s track coach, but the guy took off, according to news reports at the time.

“He’s running down the stadium steps screaming for his life, ‘No, No. Big Al, I’m with you!’” Conover told UPI.

Who was it? A sportswriter. A fill-in who didn’t know the rules.

“I thought he was going to have a heart attack,” Conover said. He also explained he was trying to shake up his troops.