He was one of the greatest running backs in the history of pro football, but against the Houston Oilers, he was anything but. 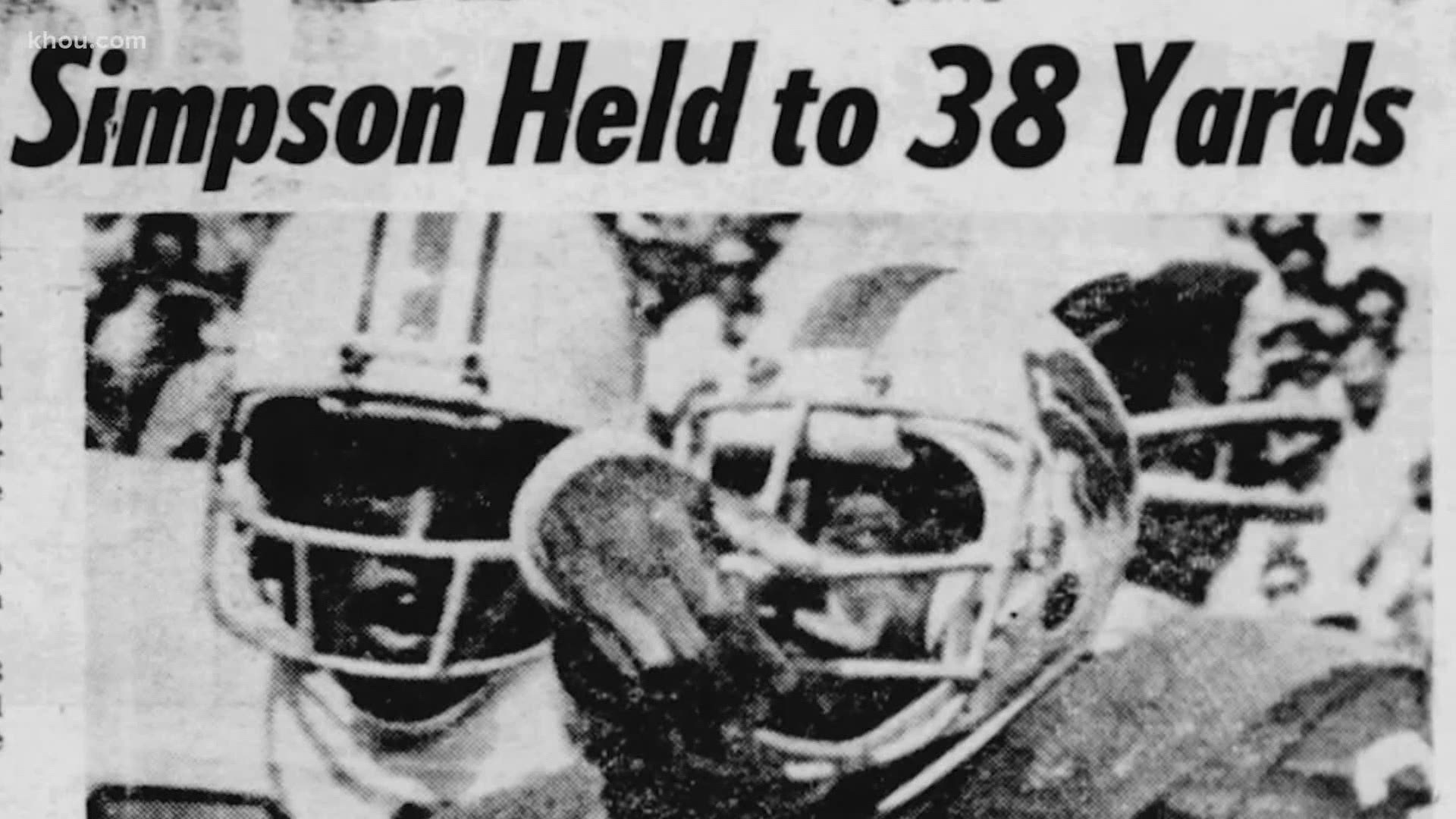 HOUSTON — He was one of the greatest running backs in the history of pro football. But he was also anything but great against the Houston Oilers.

For a few seconds, forget everything you know right now about O.J. Simpson. Back then, ‘The Juice’ was simply the best back in the National Football League.

The Houston defense, though, holds Simpson to 38 yards on 16 carries in a 13-3 win. Simpson averages a measly 2.3 yards per touch.

Then again, the Oilers always put the squeeze on O.J.

In fact, O.J. Simpson, a member of the Pro Football Hall of Fame, averaged just 36 yards in six tries versus the Oilers; his worst output against any team (minimum five games played).

“It’s containment that does it,” linebacker Gregg Bingham mentioned after the 1976 victory, according to the Houston Chronicle. “The first guy who gets to O.J. straightens him up and the next one punishes him.”

And it worked. O.J. ended his career with oh-fer: Zero wins and 6 losses against Houston.