AFL owners claimed announcers were playing favorites, repeatedly mentioning the names of the NFL teams the players had been drafted or signed by, but not AFL ones. 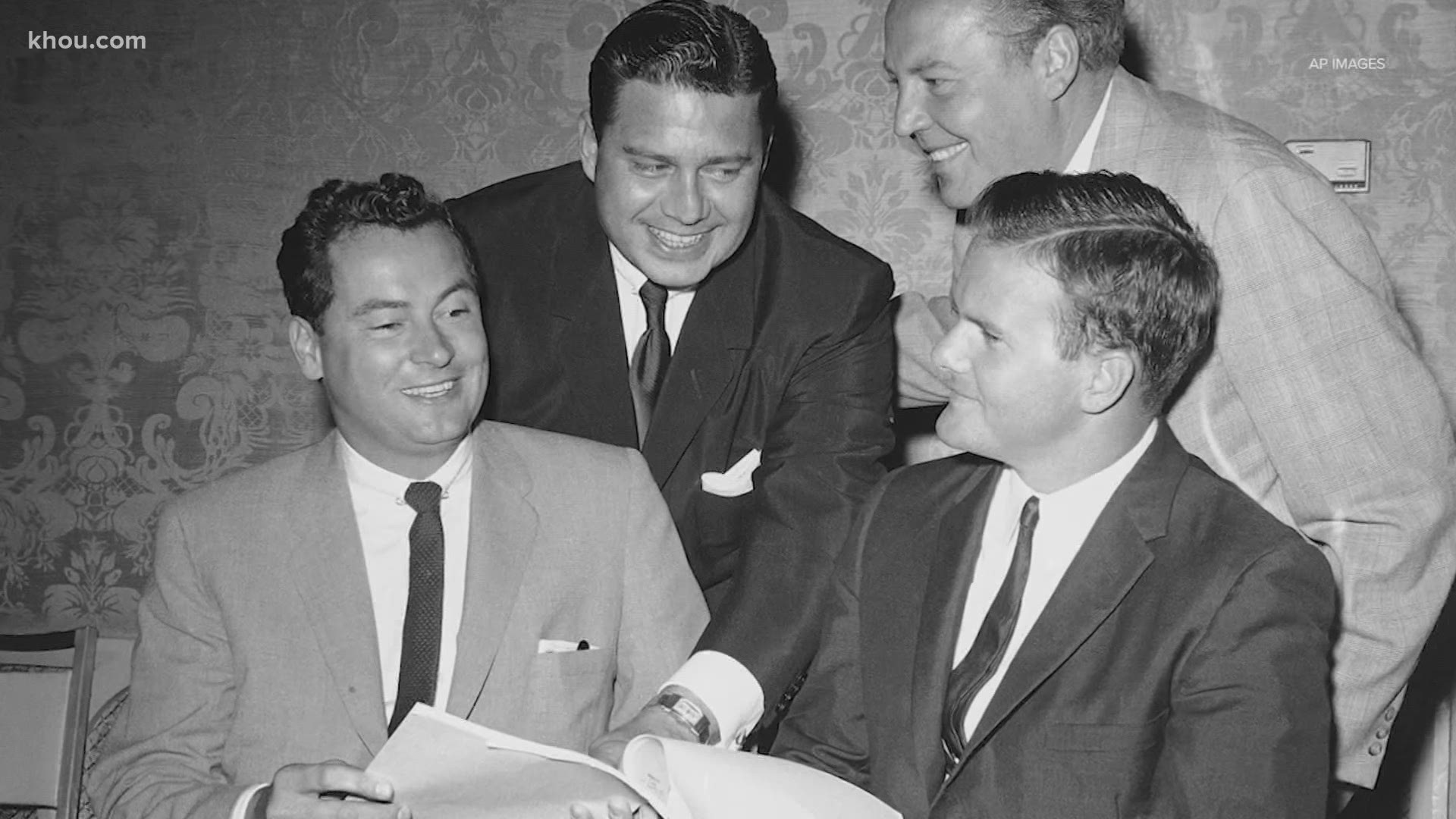 HOUSTON — It's apparently hard to change the channel when you’re this annoyed.

Let's go back to January 1961. The American Football League (AFL), fresh off its first season playing in the shadow of the National Football League (NFL), is holding its winter meetings in Houston.

One of the first orders of business? Some major beef.

AFL owners are upset about what they’ve seen on TV a few days earlier during live coverage of the Senior Bowl, a college all-star game in Mobile, Alabama.

Their claim? The announcers are playing favorites, repeatedly mentioning the names of the NFL teams the players had been drafted or signed by, but not the AFL ones.

Worth noting: the Senior Bowl was broadcasted by NBC, which also aired NFL games.

Calling it "a moral obligation" and citing hundreds of comments from fans, AFL owners send a telegram to the network, protesting “flagrant violations of normal reporting procedures.” A copy of the complaint is also sent to the FCC, the Federal Communications Commission in Washington, D.C.

And that’s where this story ends. We couldn’t find any record of the FCC acting or even responding.

Still, the owners’ gripe put ‘em in nearly every newspaper in the country!

The American Football League protesting the television coverage of the Senior Bowl, a strange but true Houston sports story.