Who are the first brothers to be quarterbacks on opposing teams in an NFL game? The answer includes an Oilers backup who never threw a pass in the NFL. 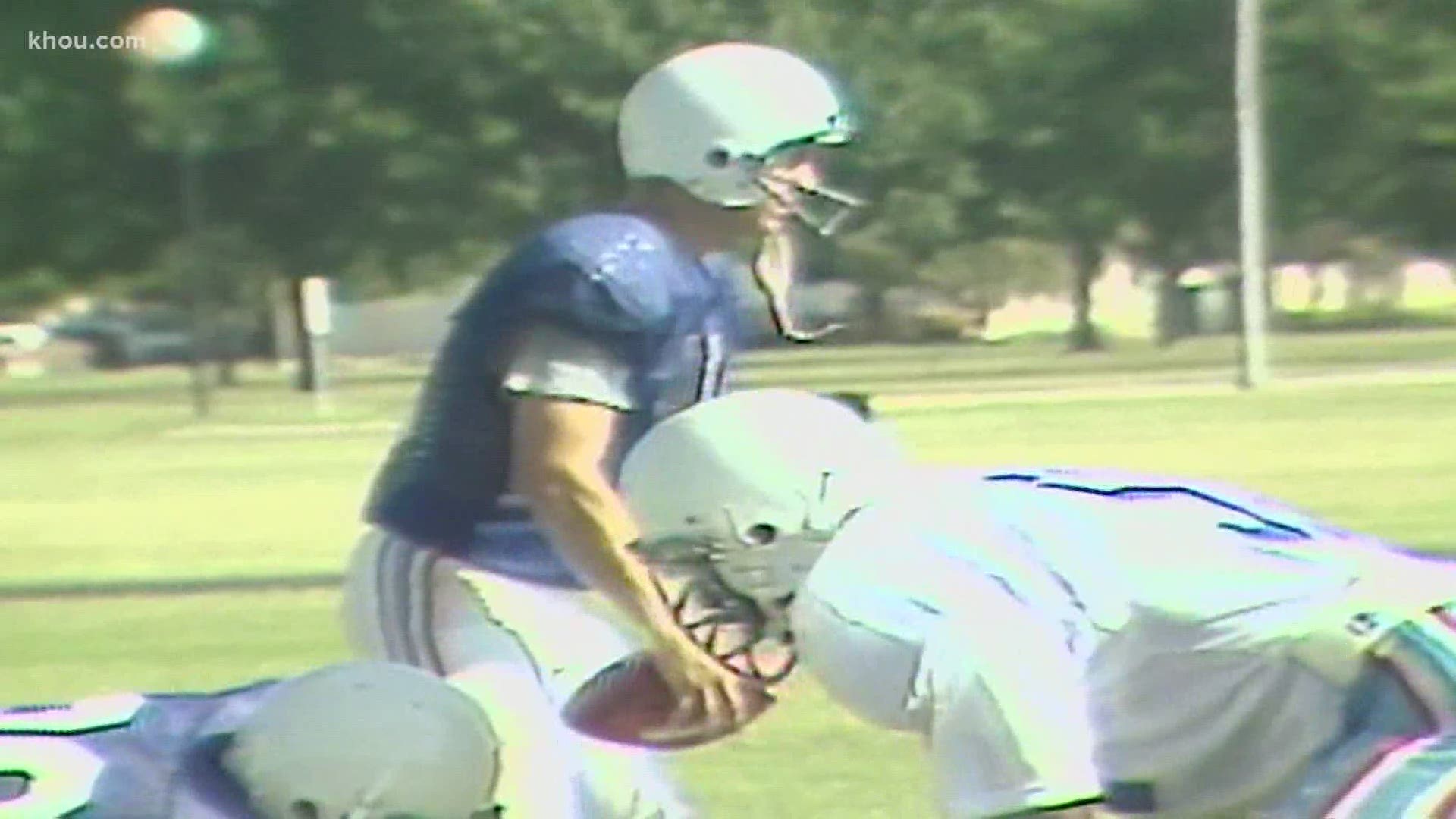 HOUSTON — One had a full head of hair. The other won a bunch of Super Bowl rings. Both are the answer to a sports trivia question.

The year was 1980 and among the roughly 70 rookies and free agents the Oilers brought to training camp was a quarterback drafted in the seventh round.

"The guy with the blonde hair and blue eyes, the younger brother of Terry Bradshaw: Craig,” according to a KHOU 11 News report.

While Craig didn’t play much in college, “the scouts say he can throw a football through the wall,” Oilers coach Bum Phillips told the Associated Press at the time.

Naturally, everyone asked Craig what it was like following in Terry’s footsteps.

“Some people might expect a lot more out of me,” Craig, who finished his college career at Utah State, said. ” I can see that kind of pressure of problem, but not as much as some people might think.”

Craig became the Oilers’ third-string quarterback. He appeared in a couple of games, but he never threw a single pass, despite being the Bradshaw with the better arm, according to Terry.

And that trivia question: Who are the first brothers to be quarterbacks on opposing teams in an NFL game?

Craig Bradshaw, brother of Terry, made NFL history without throwing a pass. Another strange but true Houston sports story.