Dennis Tuttle's death has been ruled a homicide.

HOUSTON — An autopsy report has been released for the man shot and killed along with his wife in a no-knock raid back in January.

The report shows Dennis Tuttle, 59, was shot nine times during the raid. His death has been ruled a homicide.

Tuttle and his wife Rhogena Nicholas, 58, were shot and killed inside their home on Harding Street on January 28. Five officers were injured in the raid.

For the full report click here or view below. 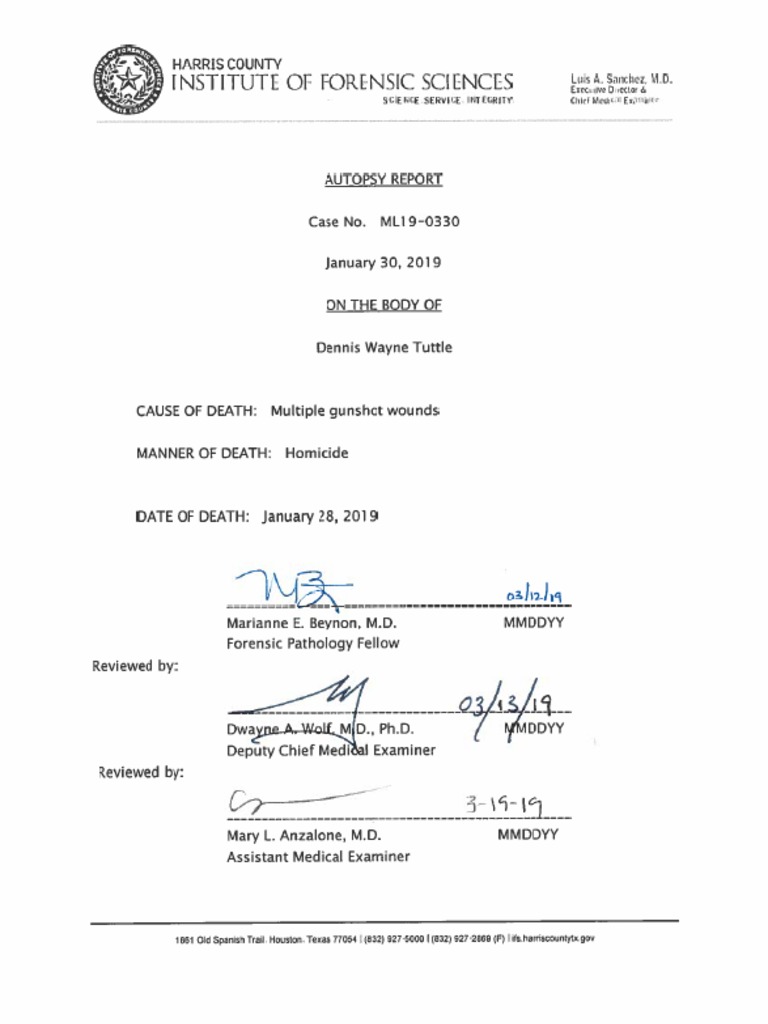