A city employee is sharing photos and videos he said are of entire loads of recyclable-only materials that were dumped at city garbage facilities and later sent to the landfill. 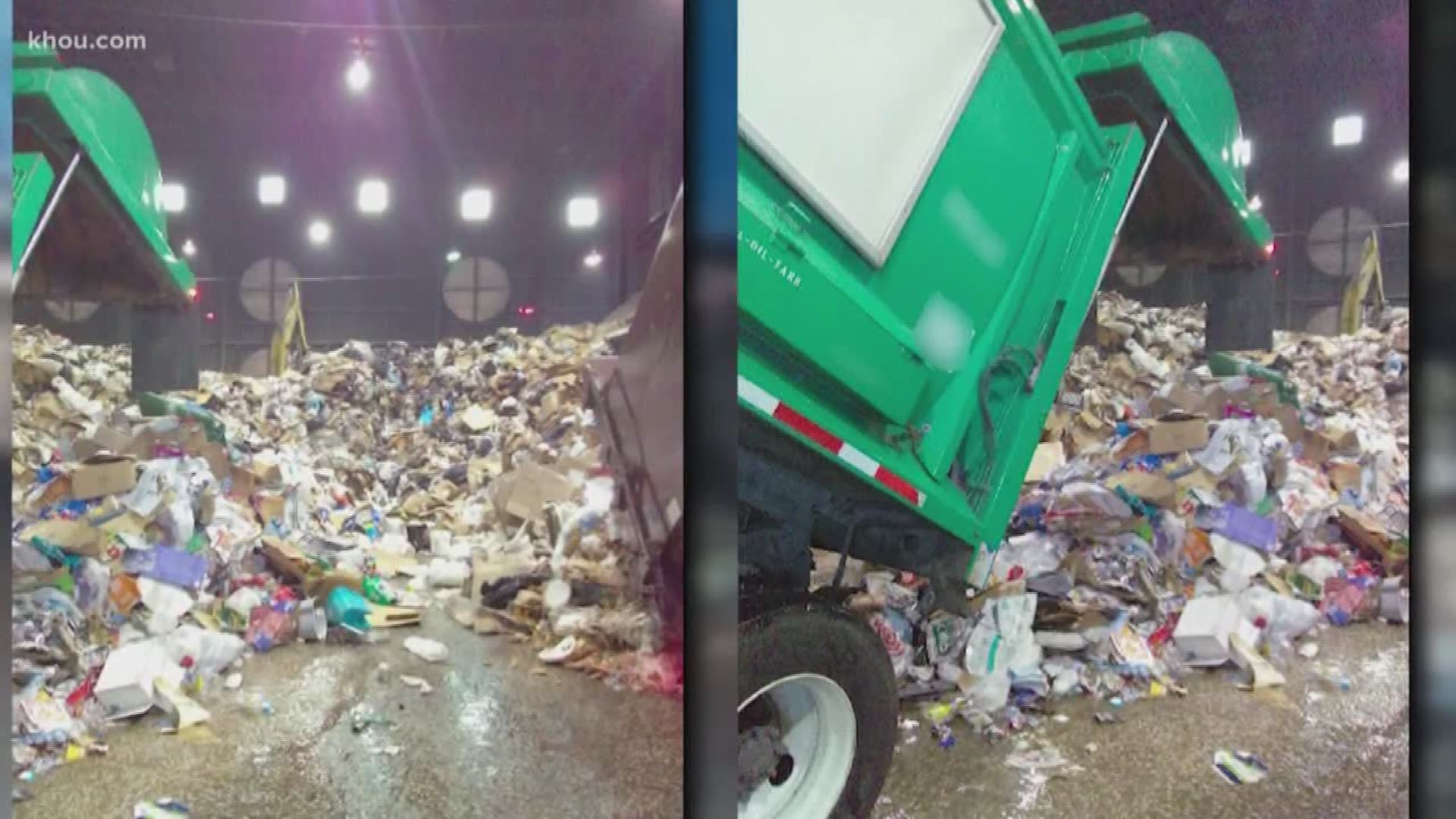 Now a city employee is sharing photos and videos he said are of entire loads of recyclable-only materials that were dumped at city garbage facilities and later sent to the landfill.

The solid waste truck driver said he took the video behind the wheel of a green recycling truck in early April while waiting his turn to dump a load at a city facility in the 9200 block of Lawndale in southeast Houston.

The employee did not want to be identified because he feared retaliation for blowing the whistle, and KHOU altered his voice on the recording.

“I’m getting ready to dump my recycling load, of five tons, in this garbage transfer facility,” the employee is heard saying on the video.

The employee also shared two photos he said were taken in late March. They show a pile of cardboard, plastic and other recyclable materials he said were dumped another city garbage facility at Westpark Drive and Fountainview.

The worker said in all of the cases, city supervisors gave the directive, and he was just following orders. He called it a pattern of not recycling recyclables by the solid waste department.

“We throw away so much of it, we throw away tons of it, daily,” the employee said on the video.

"The Solid Waste Management Department affirms that it has never approved any instructions for employees to collect black and green containers simultaneously. The department takes pride to provide trash and recyclable services to the citizens of Houston. The department expects employees to pick up garbage and collect recycles separately and make sure they are delivered to the proper locations.

"We thank the viewers/residents for the information they provided. We ask the public to contact SWM directly with any information they have to suggest our policy is not being followed by any employee. The City wants to move forward to make sure this will not happen in the future."

City workers on botched recycling: ‘Supervisors and management were having us mix the loads’