We asked if the city investigation would involve a review of past recycling records, garbage truck GPS tracker data, or previous videos from cameras mounted on those trucks. 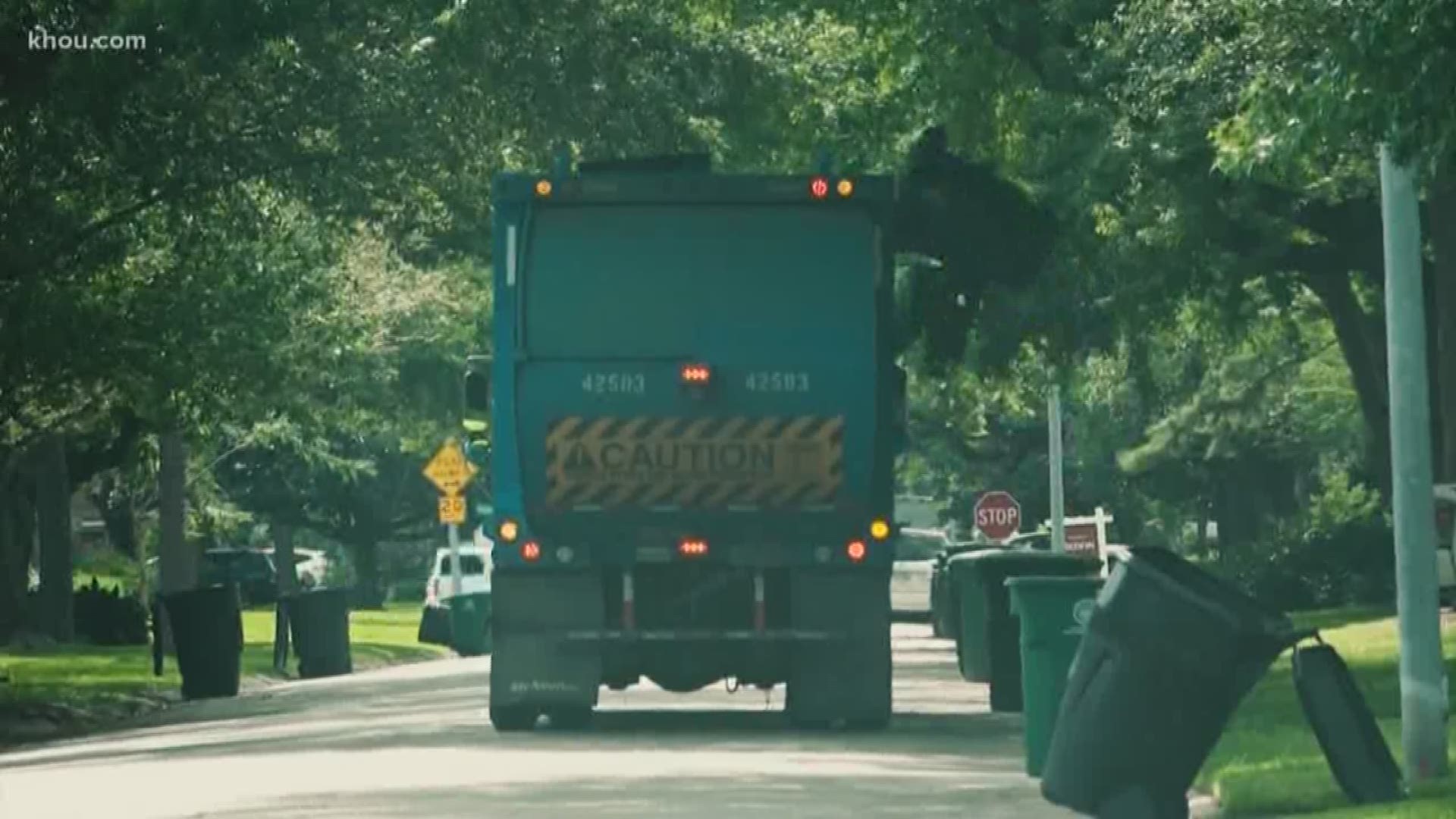 HOUSTON — While Mayor Sylvester Turner promised a “thorough” investigation Wednesday into botched recycling that KHOU 11 Investigates exposed, he offered no details about the scope of the probe.

What began as an Earth Day blunder caught on tape—a city garbage truck mixing green recycling bins with trash—blossomed into a potentially bigger problem for the City of Houston. Homeowners shared similar videos of not recycling recyclables, and current and former solid waste department employees said the practice has been going on for years.

“Supervisors and management were having us mix the loads, and if we refused to do it, then they would write us up,” one former city worker said.

RELATED: City workers on botched recycling: ‘Supervisors and management were having us mix the loads’

That worker said he was instructed to take the mixed loads straight to the landfill, sometimes twice a week.

After Wednesday’s regularly-scheduled city council meeting, KHOU 11 Investigates asked if the city investigation would involve a review of past recycling records, garbage truck GPS tracker data, or previous videos from cameras mounted on those trucks.

What followed was a heated exchange with Mayor Turner:

Mayor Turner: “The department is doing a thorough investigation, if any employee violates the city’s policy, disciplinary action will take place. I want it to be very clear, you do not put recyclable materials in green bins, into the landfill. Now that’s clear and that’s the stated policy.”

KHOU: “Mayor that is not the question.”

Mayor Turner: “No, one second Jeremy, next question”

KHOU: “What does thorough investigation mean?”

Mayor Turner: “Thorough means we want to do a full and complete investigation Jeremy.”

KHOU: “What does that mean? How far will you go back? How expansive will it be?”

KHOU: “It’s a simple question Mayor and you have not answered it.”

Mayor Turner: “I haven’t given the answer maybe that you want Jeremy, but it’s thorough and complete.”

KHOU: “Is it the answer citizens want?”

Mayor Turner: “Let me get the next question please.”

Our next question is how long will it take for the City to produce the records we have requested. We asked for records on recycling routes, GPS tracker information, and months of onboard videos from the city’s garbage and recycling fleet.