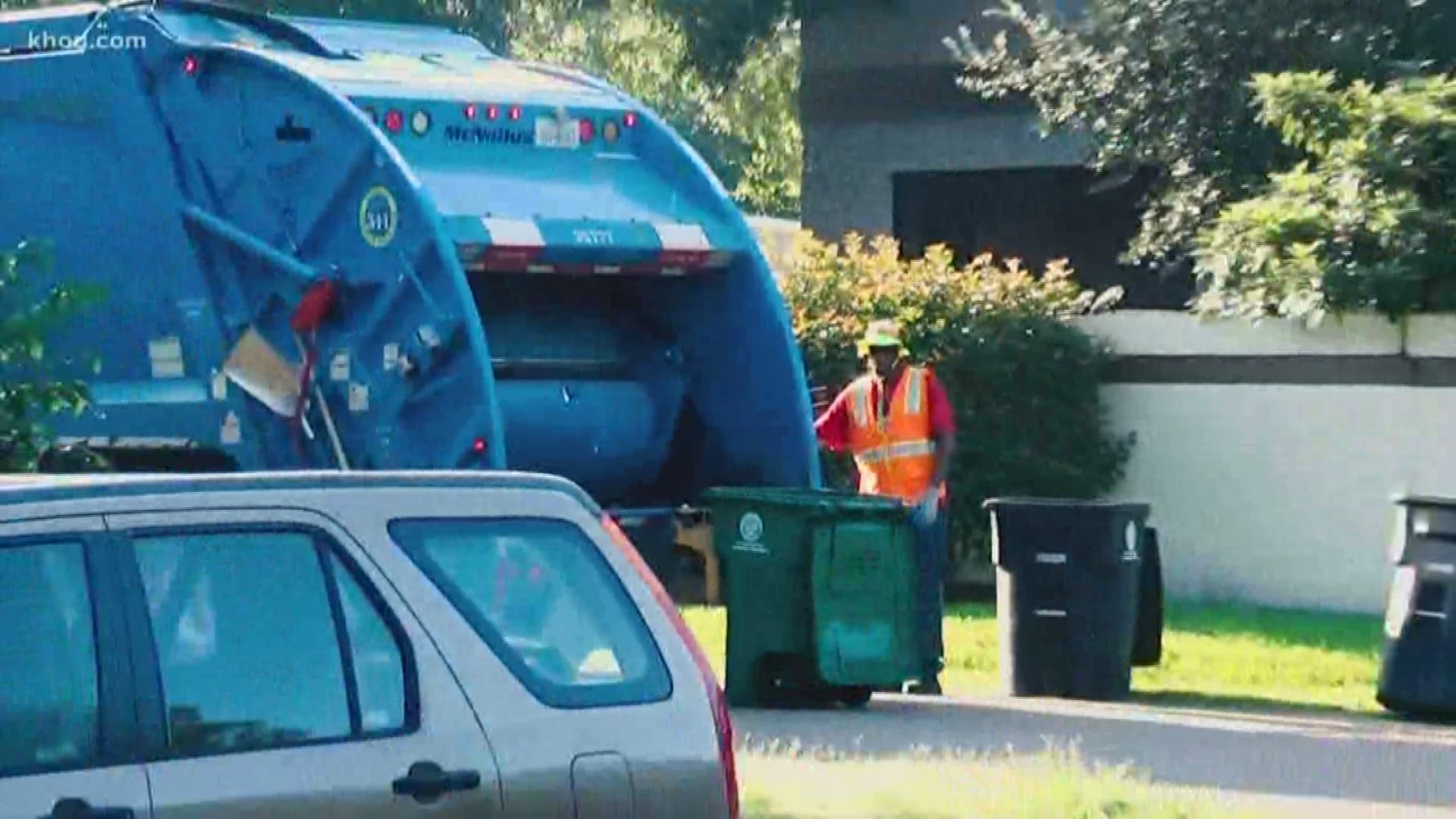 HOUSTON — There are claims piling up that the City of Houston is not recycling recyclables.

This come after a KHOU 11 Investigates caught a city garbage truck dumping trash and recycling bins together on Earth Day. The mixed load wound up in the landfill, a Houston Solid Waste Management Department spokesperson confirmed.

Houston Mayor Sylvester Turner had said it was a one-time incident and that it is not city policy or standard practice.

“From time to time, you have an employee that kind of goes afoul to the rules,” Mayor Turner said Friday.

RELATED: KHOU 11 Investigates catches the City of Houston not recycling your recyclables

But Tuesday, homeowners came forward with new evidence that the practice has happened before. A resident in the Tanglewilde neighborhood in west Houston sent a doorbell camera video taken in late March. It shows a blue city garbage truck unloading the black garbage bin and the green recycling bin in the same place.

Another homeowner, Angie Ellis, shot video in 2016 from her front door in southeast Houston. She caught city workers in the act more than once—dumping recyclables together with trash. Ellis complained numerous times to the city’s 311 helpline.

"I go running in and I call, and they say what color was the truck, what was the truck number, ok thank you bye, and then you never hear anything again,” Ellis said.

Ellis no longer puts her recyclables curbside. She drives them to a nearby recycling center.

"I think it's terrible, I go through a lot of time washing out, cleaning out and trying to recycle and for it to be just thrown in the garbage, is, is not right," Ellis said.

What really is not right, Ellis said, is one of the city workers she caught on tape waived to her as she was recording.

"I am cursing after I turn the camera off,” she said.

It's ridiculous, it really is,” Ellis angrily shares.

The mayor’s office issued a statement in response to this video:

“Thank you Ms. Ellis for bringing the video to the City’s attention. Mayor Turner has asked for a sweeping Solid Waste Department investigation. Any supervisor or employee caught violating procedures or encouraging employees to violate procedures will be disciplined immediately... The citizens of Houston deserve to know their trash and recyclable materials are being handled according to City policy.

Mayor Turner will not accept anything less than full accountability and professional responsibility from Department of Solid Waste employees.”