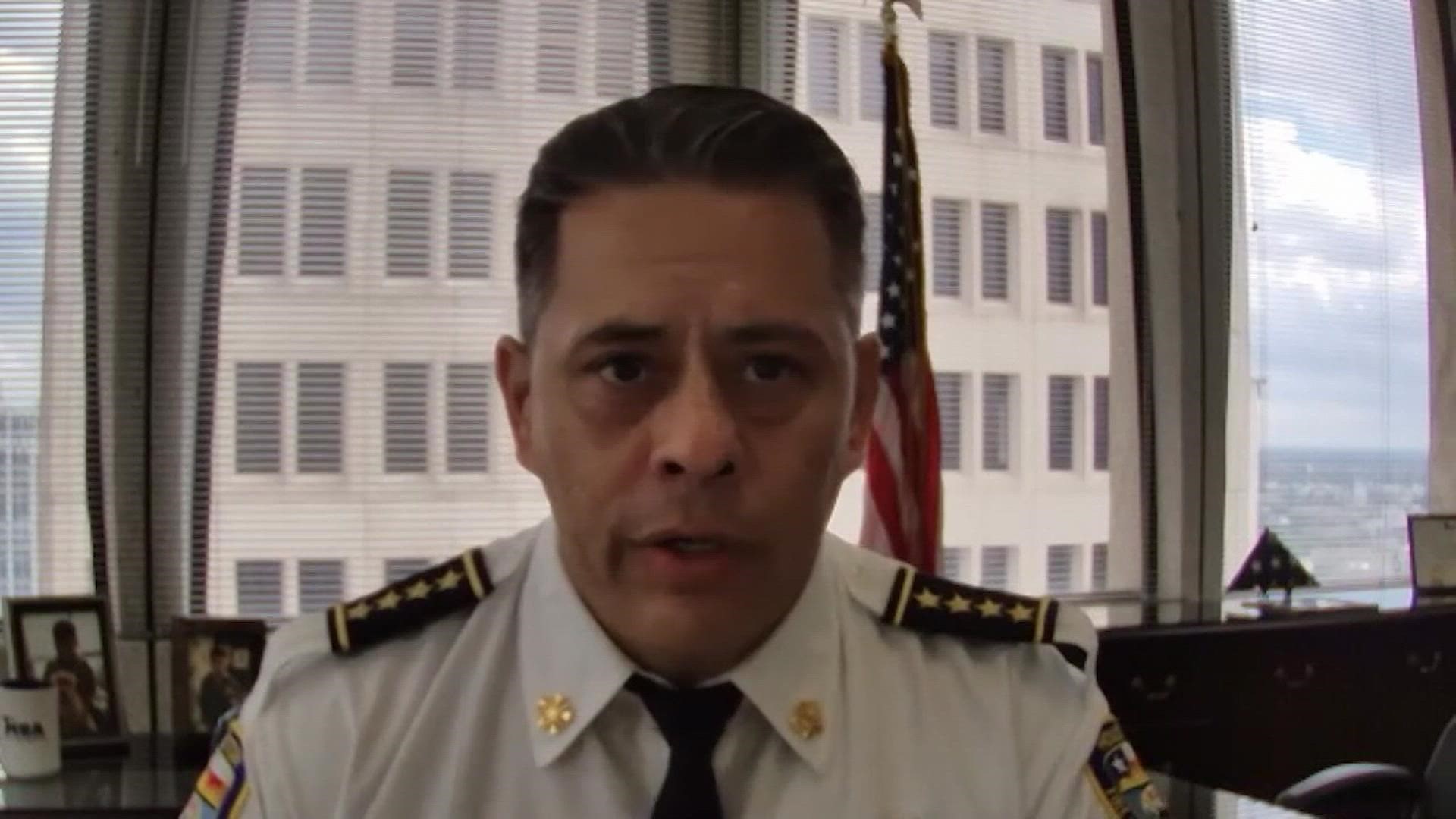 HOUSTON, Texas — The head of the Houston Fire Department is urging all eligible firefighters to get the COVID-19 vaccine.

Fire Chief Samuel Peña sent that message to his followers on Twitter over the weekend, and at the same time, well wishes to one of his firefighters who is waiting for a lifesaving transplant after getting infected with the virus.

Chief Peña said his department has already seen the deadly consequences of COVID-19.

“I’ve been doing this job for 27 years and I have never buried a firefighter, line of duty death, for the flu,” Chief Peña said.

Since the start of the pandemic, the Houston Fire Department has had to bury four firefighters because of the virus.

Chief Peña said it’s heartbreaking since the COVID-19 vaccine is available and can help prevent people from getting really sick.

“If we had loss firefighters in any other operation, whether it’s a fire operation or a hazmat or rescue operation, we would be doing everything we could to change policies; to provide them with the personal protective equipment, to provide them the tools that they need to prevent another death,” he said.

A fifth Houston firefighter remains in critical condition at Memorial Hermann because of the virus.

Wayne Davis is waiting for a lung transplant after his family said COVID-19 destroyed them.

His wife, Caitlin Davis, spoke to KHOU earlier this month.

She said, “Anybody that’s still on the fence about it, I would probably show them a picture of Wayne now with all of the tubes and the trach.”

Davis’ wife says he is unvaccinated.

Chief Peña believes the number of vaccinated HFD personnel mirrors that of the community which sits around 64 percent of the population.

He said there are many reasons why some firefighters choose not to get the shot, including vaccine misinformation and in some cases politics.

“We shouldn’t be listening to Dr. Twitter or Dr. Facebook because you’re going to get the wrong information if you’re depending on those sources to make critical and it could be lifesaving decisions,” Chief Peña said.

He continues to encourage all eligible fire crews to get the shot as another level of protection so they can continue to serve the community as best they can.