Hugo Guevara, 31, died at the hospital Saturday after a three-week battle with COVID-19. He was a 12-year veteran of the department. 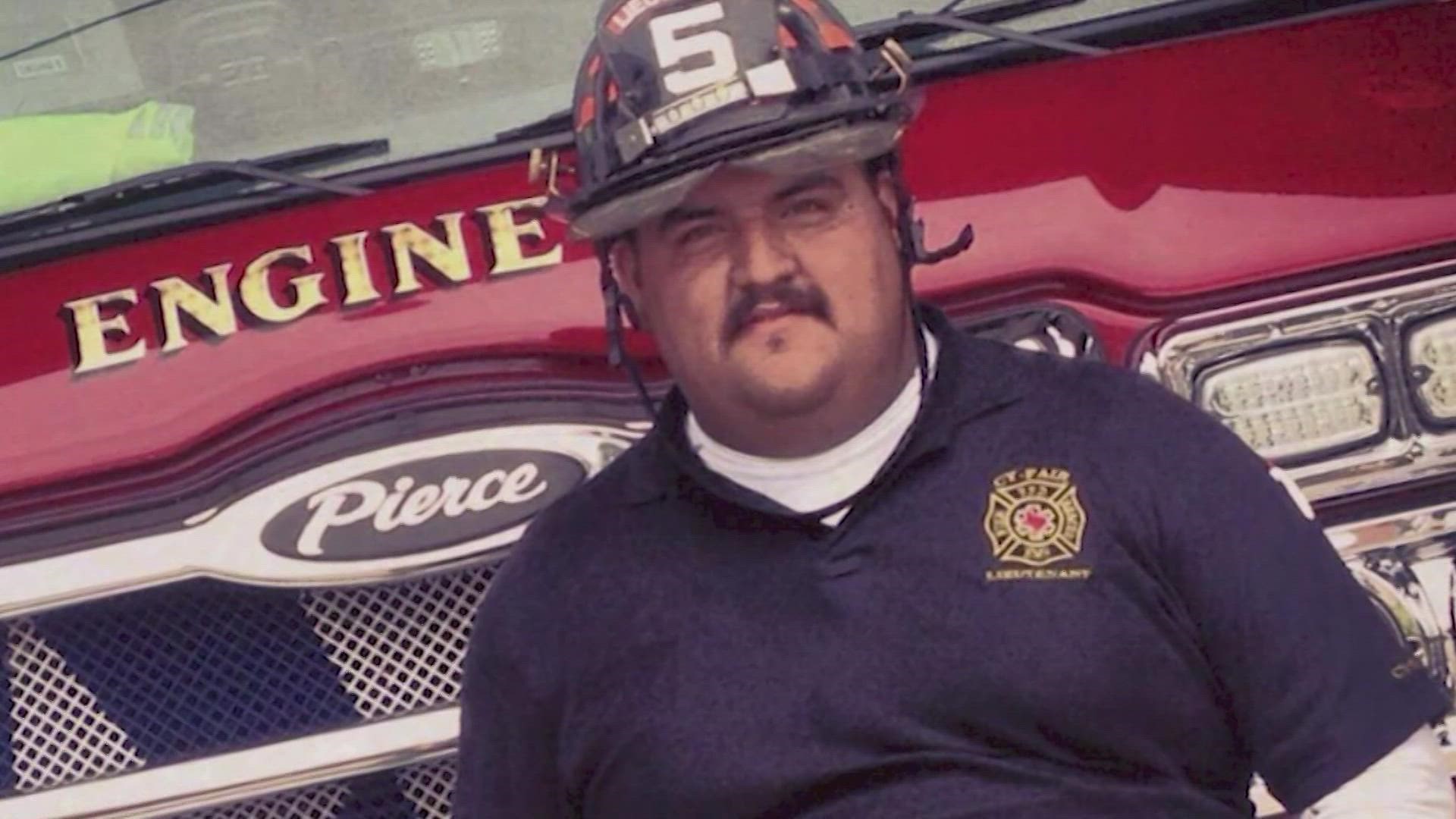 HOUSTON — The Cy-Fair Fire Department honored the life and legacy of one of their own on Sunday.

Fire crews paid tribute to Guevara by coming together as his body was escorted from the hospital to a funeral home. Guevara is the first line of duty death in the Cy-Fair Fire Department due to COVID-19.

The department says they’re heartbroken and devastated by his death. Hugo was a big personality and was loved by everyone.

"It’s a lot of suffering right now. There’s a lot of pain, but we’re going to get through it and do what we need to do to provide great customer service and support our community," Asst. Chief Mike Clements said.

The department asks to keep those closest to Hugo in your thoughts and prayers.

“We’re doing the best we can to support his family and our team this week,” Clements said.

He said it’s that support that will help them cope with the immense loss.

“I just think they should know what a great man Hugo was and what a great legacy he leaves behind with his three children and that he was a great father and we love him and we’re going to miss him a lot,” Clements said.

Credit: KHOU 11
Members of the CyFair Fire, Magnolia Fire and other agencies salute fallen firefighter Hugo Guevara as his body arrives at a funeral home.

Guevara joined the department in 2009 and served at Station 9 in Northwest Harris County. He was promoted to Driver Operator in 2020 and previously served as a volunteer firefighter at Station 5 and Station 12.

The department said funeral arrangements for Guevara are pending.