Caitlin Davis said her husband kept putting off getting vaccinated, and now she prays her family's story pushes others to roll up their sleeves before it's too late. 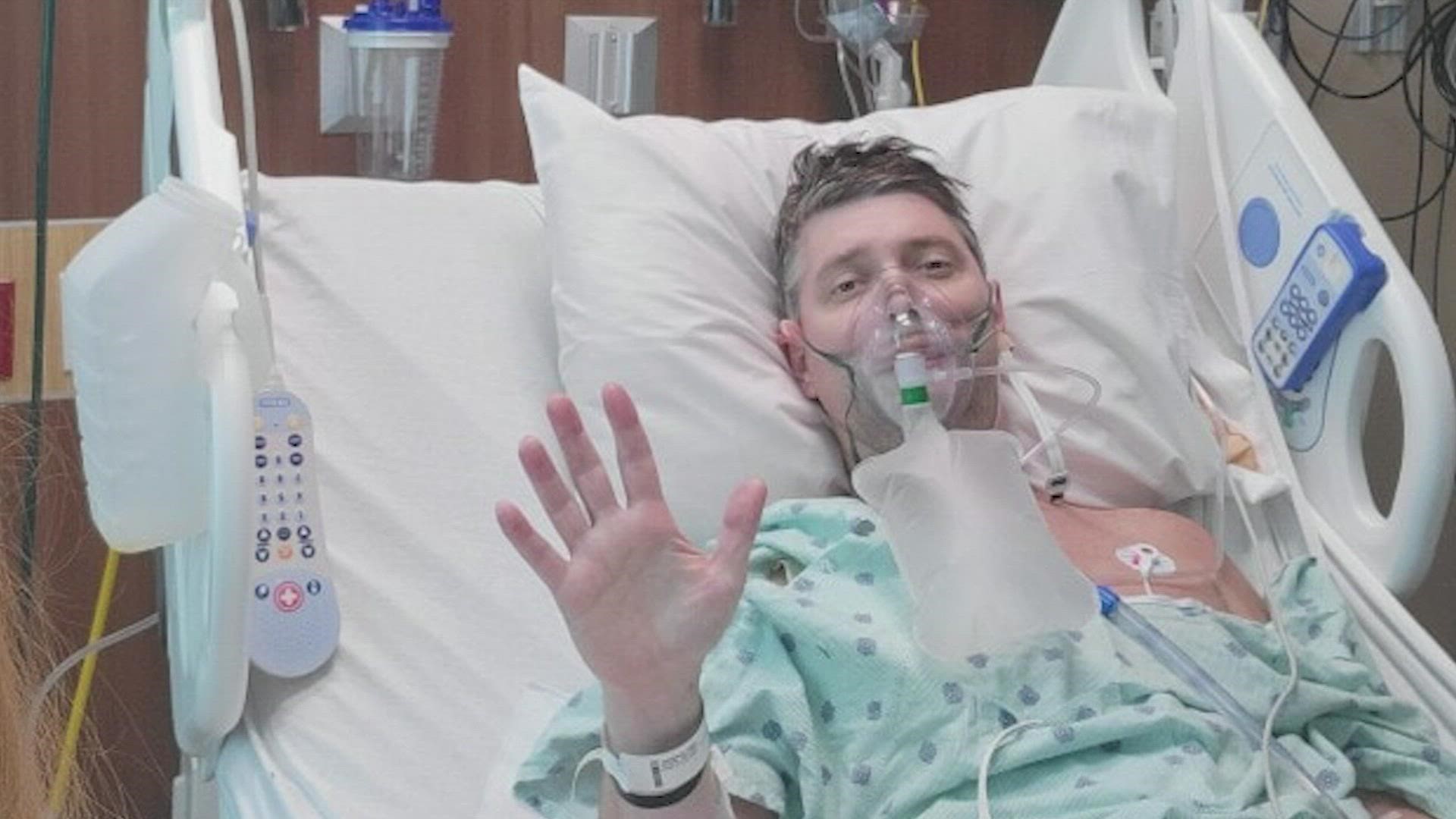 HOUSTON — Houston Fire Department firefighter Wayne Davis remains in the hospital after contracting COVID-19 last month. He was not vaccinated and now his condition has worsened.

His wife said he needs a lung transplant to survive.

Davis' wife, Caitlin, is sharing her husband's story hoping it convinces others that it's time to roll up their sleeves.

It's been a crippling six weeks for the Davis family. Caitlin has painfully watched her husband's decline and is crushed, saying she doesn't think it had to be this way.

"I was vaccinated and I just kept getting on him to go do it," Caitlin said. "He would say, 'I'll go do it,' and kept putting it off. He just never did it."

Wayne contracted COVID-19 on the job. He spent a few weeks at Memorial Hermann Cypress. The virus kept him from his daughter's first day of kindergarten. His kids were only able to see him through a glass window.

"It was just a shock," Caitlin said. "I thought, 'How are we at this point when he was just a healthy person?'"

And that was just the beginning of COVID-19's toll on Wayne.

Now, Wayne is in the ICU at Memorial Hermann Hospital in the Texas Medical Center. He's in desperate need of a bilateral lung transplant.

"It's a waiting game," Caitlin said. "Waiting on the phone call to say there are lungs available."

Doctors said that without new lungs, Wayne will not survive.

"It's just been a rollercoaster of emotions day-by-day," Caitlin said. "Wondering if we're going to get the phone that he's passed."

"Anybody that's still on the fence, I would show them a picture of Wayne now with the tubes and just say would you rather have a six week period in the hospital knowing you could possibly die, or just go to Walgreens for 20 minutes and get a shot," Caitlin said.

Caitlin said her husband wishes he would have made the time to get the vaccine. She's praying families watching listen, learn and don't gamble with the virus.

"Our story shows people that it isn't just older people, it can be your family very easily," Caitlin said.

Wayne's condition is so severe he's been moved to the top of the transplant list. A surgery could happen as soon as within a few weeks.