A look at Electroconvulsive Therapy, an uncommon form of mental illness treatment

Doctors say outdated stereotypes keep patients from considering it even though it has a remission rate as high as 90 percent. 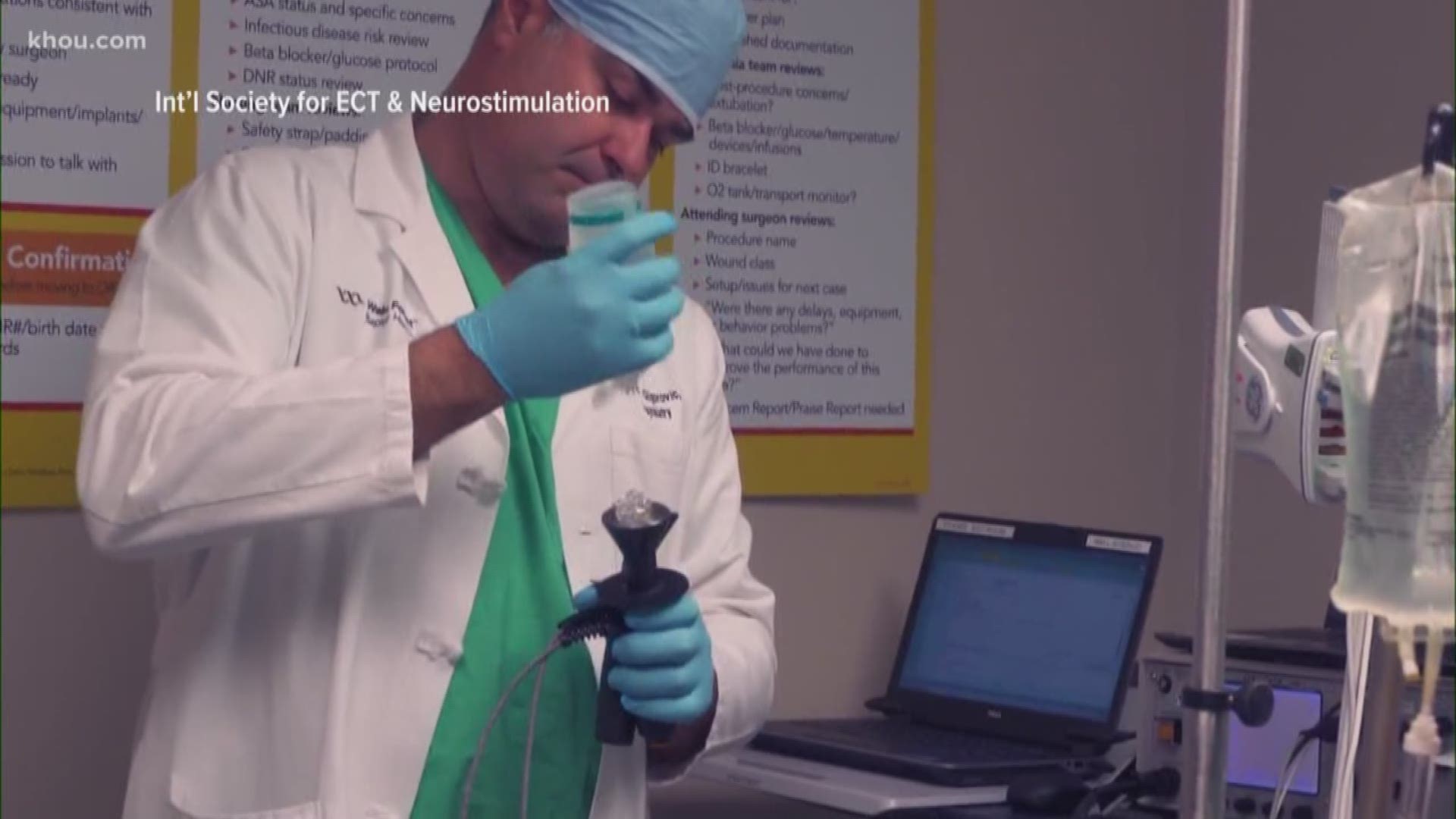 HOUSTON — Last year around 13 percent of adolescents suffered a major depressive episode and about 5 percent of adults did as well. It can be tough to find the right combination of effective medications.

Experts say there's another treatment that is far more effective and efficient with a remission rate as high as 90 percent, but outdated stereotypes keep patients from considering it: Electroconvulsive Therapy or ECT.

Carol Kivlar remembers thinking, “I don't want to live. Then I thought, who will take care of my children?”

So, the only option she believed, was to kill her entire family. Kivlar devised a plan to drive them all off a bridge. Fortunately, her husband intervened.

At 40, the New Jersey resident had her first psychotic break. After 24 days in a mental hospital, doctors prescribed ECT. After just three treatments, her husband wept, saying his wife was coming back.

In ECT, an electrical current is administered to create a controlled seizure. Doctors say old versions and Hollywood depictions keep many patients from considering it.

Modern ECT has come a long way thanks to lower dosages, better targeting, anesthesia and a paralytic agent.

During a treatment, doctors put a tourniquet around the ankle to prevent medication from reaching it. Only the ankle seizes, while the rest of the body is immobilized.

Doctors observe the ankle and an EEG which reads the brains electrical activity to monitor the procedure.

Each treatment or "shock" lasts under 10 seconds. Typically, one course of ECT means up to 12 treatments over a month.

Just two weeks or so after that?

Dr. Puri says, “It remains one of the most effective forms of treatment for any condition but especially for depression. Patients get better rapidly and it’s more effective than standard drugs. We are seeing remission rates of 70 percent to 90 percent for ECT.”

Why does it work? The truth is we don’t know for sure.

But here are the theories: Dr Puri says, seizures may help rewire the brain. They may release a lot of the good neurotransmitters that help depression.

They may also help parts of the brain that shrink with depression, regrow. Nurse Lauren Spring preps patients for ECT then monitors them in recovery.

Her impression? “Sometimes in as a little as 2 to 3 treatments, it’s like I've met that person for the 1st time.”

Carol had 3 more psychotic breaks in the next 10 years. In between those, she had very good times.

Carol recalls, “I have spent 100 days in psych hospitals and had just over 50 shock treatments.” She does have some long-term memory loss. Short term memory was back to normal quickly.

Like all ECT patients, she maintains her medication and wellness routine.

She is such a believer she has become a mental health advocate.

The last time she had ECT, was 19 years ago. Carol says, “ECT is my silver bullet, it gave me back my life.”

ECT can cost about $2,400 per treatment. It is covered by insurance, Medicaid and Medicare.