It's been a difficult journey for both Cashlin and his mom, who’s now overwhelmed each time she watches him play baseball. 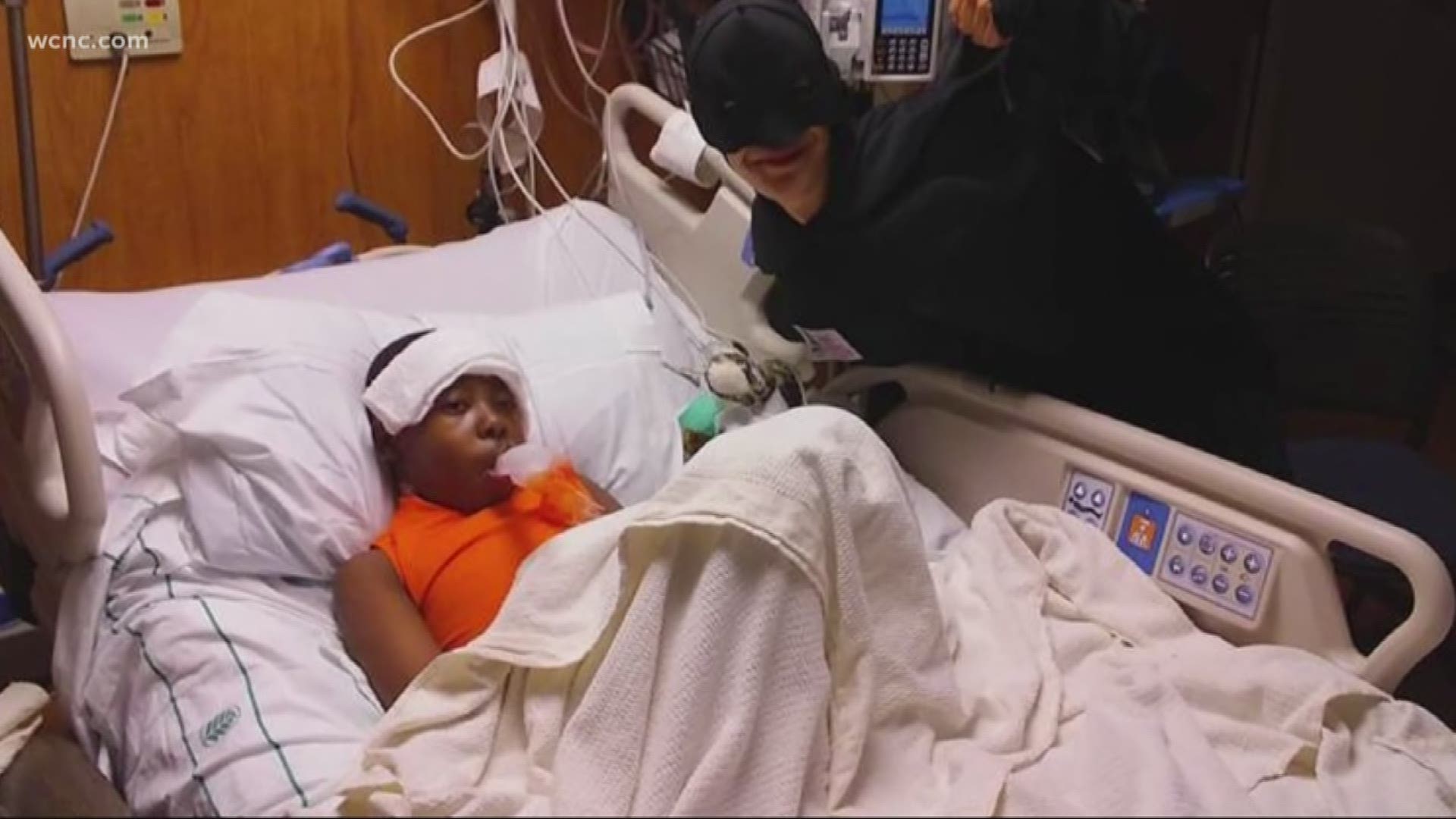 ROCK HILL, S.C. — A  South Carolina boy is being called a miracle by his doctors. He’s fought through a heart transplant, cancer, and kidney failure -- and he’s only nine years old.

WCNC met Cashlin as he was meeting with his oncologist. He’s an avid baseball player with Elite 9 out of Rock Hill, but it’s taken a lot of work to get him healthy enough to play the sport he loves.

Cashlin’s medical journey started when he was just a toddler.

His mom, Yameika, told NBC Charlotte that she knew something was wrong when he started catching colds and developing pneumonia.

“He kept catching them back to back, and we couldn’t understand why,” Yameika explained.

It turned out Cashlin was born with a genetic condition predisposing him to heart failure. At two years old, he received a heart transplant. Cashlin’s mom hoped that would be the key to getting him healthy, and it worked for about five years. But then, everything changed.

“He was having a lot of cramps playing ball,” his mom said. The diagnosis was a word no parent wants to hear: cancer.

Cashlin had a rare form of leukemia that affects transplant patients. Doctors at Levine Children's Hospital got to work, but Cashlin's kidneys were failing and traditional chemotherapy wasn't working.

“It’s a very tricky disease to get rid of,” cardiologist Gonzalo Wallis said.

In the hospital, just like on the ball field, with teamwork comes triumph.

Cashlin was the hospital's first patient to receive it. Within days there was a breakthrough. The treatment worked.

It's been a difficult journey for both Cashlin and his mom, who’s now overwhelmed each time she watches him play. Cashlin is now cancer-free and his heart is better than ever.

It's the home run his family always hoped for.

She searched for him. He looked for her. Now 67 years later, mother and son are together again.

Hickory bridesmaid stumbles upon free puppies on the side of the road. The bride adds them to her wedding party

Son donates kidney to his mom in time for Mother's Day