We’re talking cleanings, fillings, and extractions. Doctors are doing X-rays, and even a few dentures. 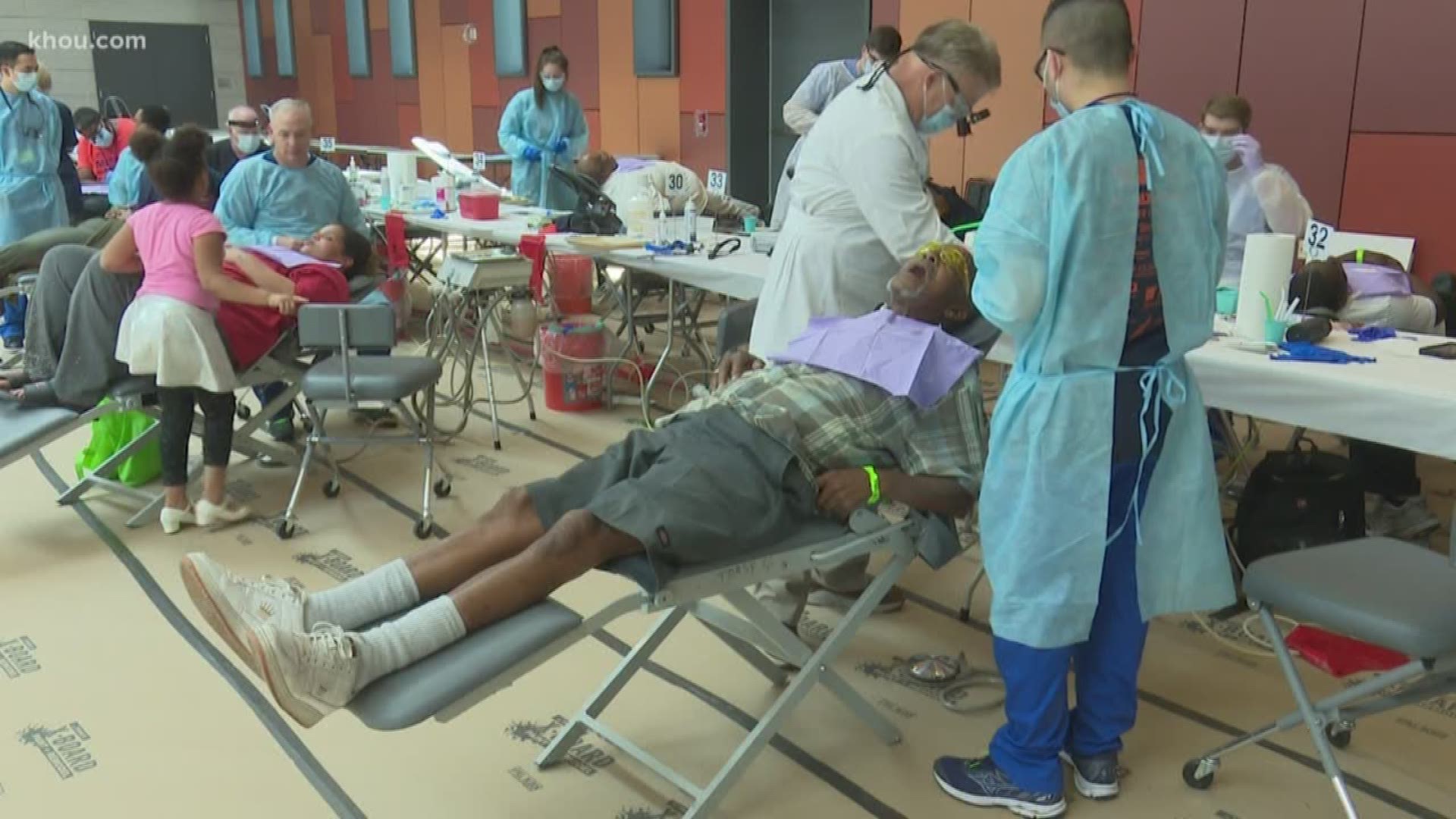 HOUSTON — Here’s something to smile about. Hundreds got free dental care Friday, anything from cleanings, to screenings to dentures.

It's all part of a free clinic designed to give dental care to those who can’t normally afford it.

Getting three teeth pulled is a procedure that would make anyone anxious, but Shirley Coner is excited?

“I’m getting three teeth pulled today, and I am so excited!" Coner said.

It’s hard not to smile along with Shirley, especially knowing this is something she’s needed for a decade.

“And then I have a broken tooth, that food gets stuck in on the right side," Coner said. “It’s expensive, you can’t afford it.”

It’s the same story for hundreds who got up before the sun Friday along with Shirley, to get the dental work they can’t get on their own.

“This is something that I needed for myself. I took the day off of work just to be here," Coner said. “You have a lot of people who can’t afford dental care."

"They don’t have a place to go. They don’t know of places to go, so they just don’t get the treatment," Rev. Marilyn White with Trinity East United Methodist Church said.

We’re talking cleanings, fillings, and extractions. Doctors are doing X-rays, and even a few dentures.

“If you’re a Texan and you show up, we’re gonna treat you," Dr. Larry Spradley, with TDA Smiles Foundation, said.

It’s a well oiled machine. A public gymnasium was transformed, in a day, to a supersized, sterile exam room.

“There will be anywhere from 80-100 dentists volunteer. We have dental hygienists and dental assistants," Dr. Spradley said.

The Texas Dental Association’s Smiles Foundation puts on four of these a year across the state, but it’s been 10 years since they’ve been to Houston. They were bought here this time by Third Ward’s United Methodist’s churches.

“Third Ward has the lowest percentage of people that get dental treatment than the city, Harris County, the state of Texas, and the United States," Rev. White said.

It’s a service this community desperately needs, and one that will make their smiles as big as Shirley's.

The clinic is opening again on Saturday, but they are accepting a limited number of patients.

People are encouraged to start lining up by 5 a.m., but some may get there earlier than that.

If you don't make it into this event, these are several organizations that offer dental services.