By the Numbers: Sleep and how much of it you should get

We're supposed to spend a third of our day sleeping, but most of us don't. 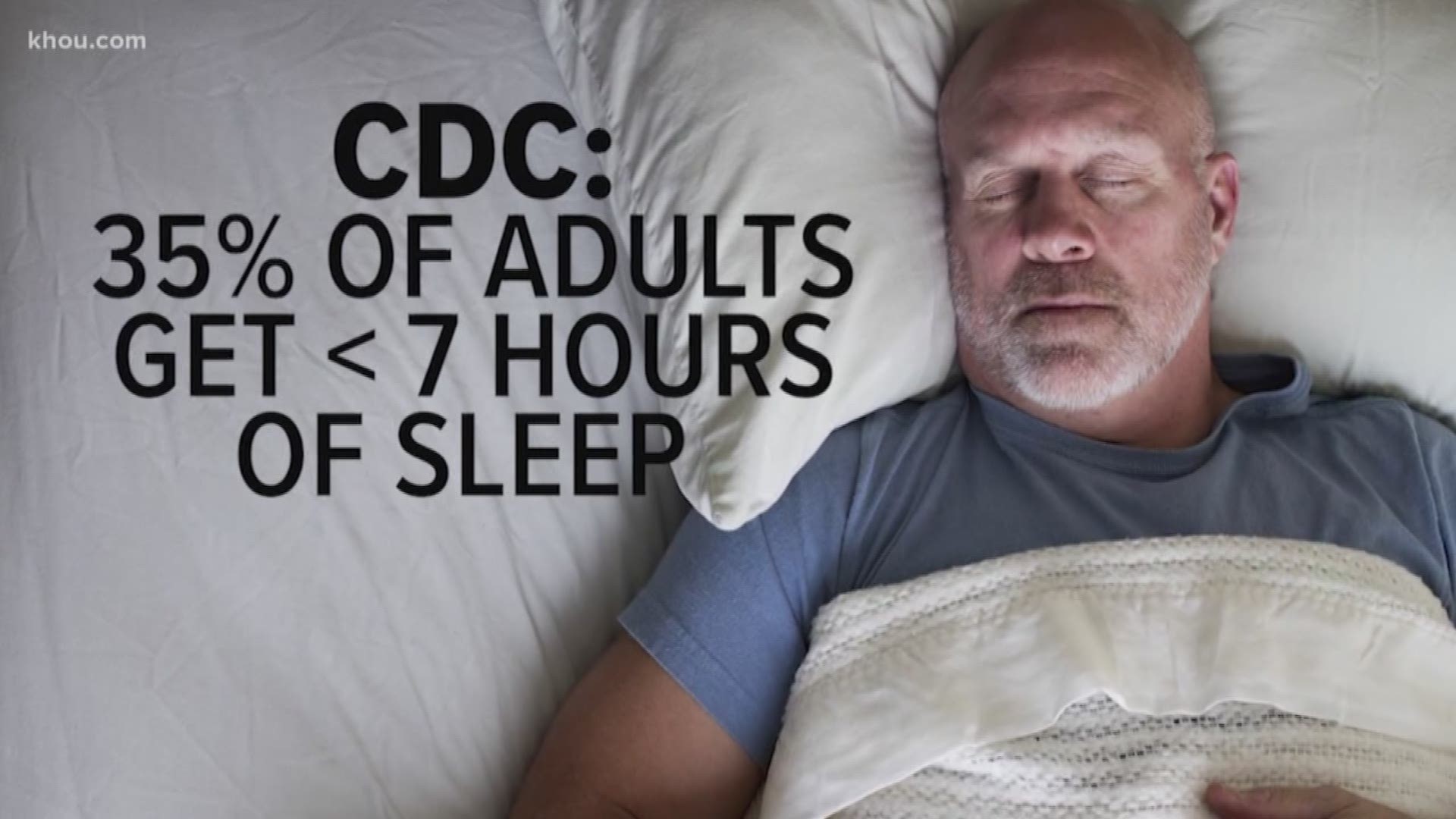 HOUSTON — How many times have you heard that you need to sleep about eight hours a night? Likely a lot because most studies suggest you need seven to nine hours of shut eye. Still, a good chunk of us don't listen. The CDC reports about 35 percent of adults get less than seven hours of sleep.

It's not that we're not trying. Approximately 9 million Americans are popping prescription pills to knock ourselves out. That's nothing compared to China where one in five adults takes sleeping tablets.

Not getting enough Zzzs has serious side effects. Roughly 38 percent of people admit to accidentally falling sleep on the job in the past 30 days. We're also dozing off while behind the wheel. Drowsy driving is blamed for 1,550 deaths and more than 40,000 injuries every year.

The solution is simple: sleep, eight hours of it a night. While you may be tired of hearing it, that's better than being straight-up tired.