Sarah Salazar has a long way to go, physically, as she continues to deal with the effects of that violent day last May. 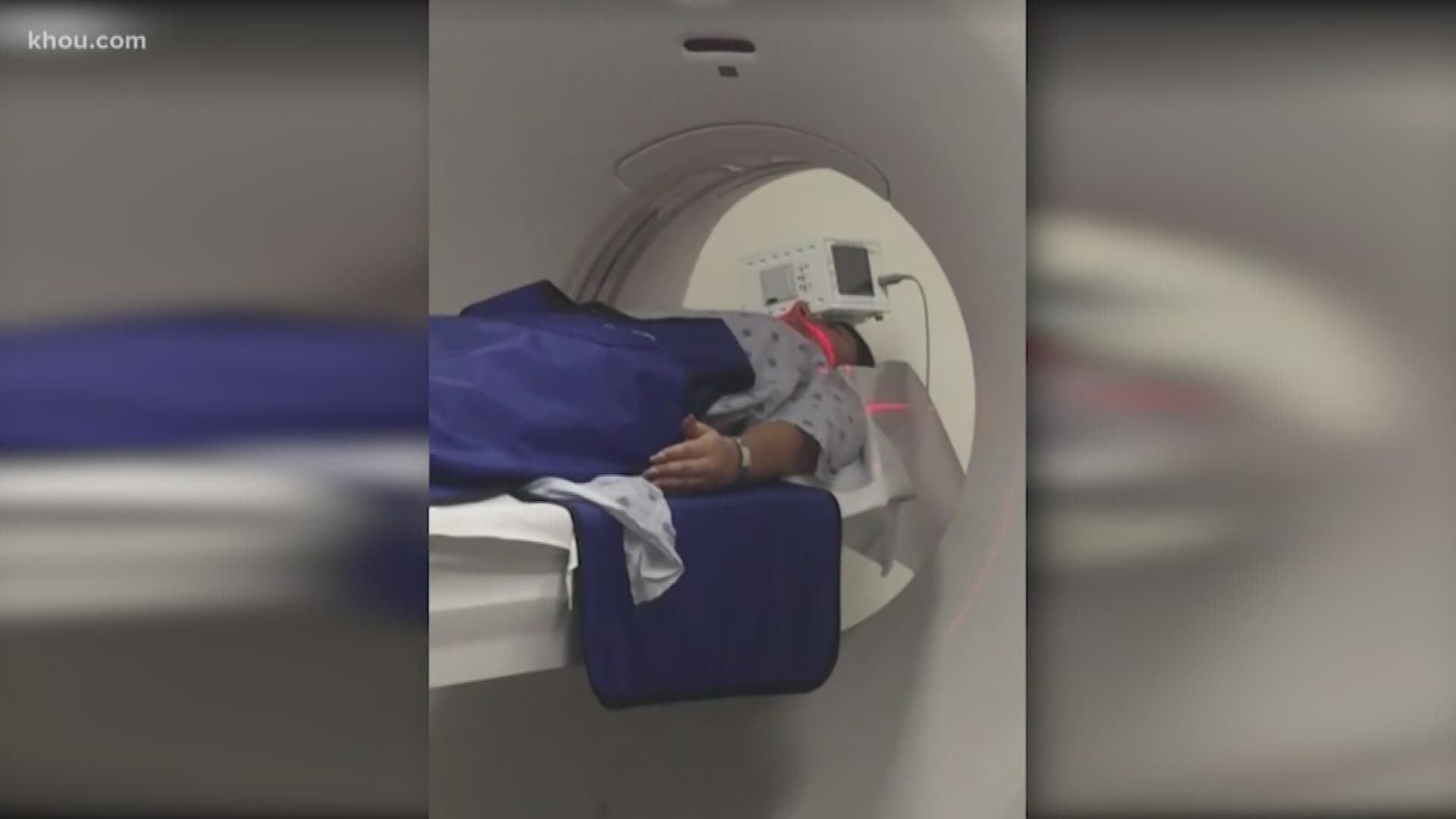 SANTA FE, Texas — Seeing the Santa Fe High School shooting suspect in person for the first time Monday was another step in the healing process, emotionally, for Sarah Salazar and her mother, Sonia Lopez.

“We were able to see him as a person and not as someone behind a screen,” said Lopez.

Salazar has a long way to go, physically, as she continues to deal with the effects of that violent day last May.

She suffered at least one shotgun blast that left her were serious injuries on virtually one half of her body.

Sarah was in a cast and unable to walk the first time we met upon her return from the hospital.

“It feels better than being in the hospital really,” she told us at the time.

“The pellets that were left inside of her are still releasing lead into her system,” said Lopez.

Lopez recently shot video of Sarah getting a CAT scan.

She said doctors are trying to locate all of the shotgun pellets inside Sarah and assess their possible removal.

“Right now, she’s taking lead medication to lower lead levels,” said Lopez. “And we’re at 21 and doctors want her to get to under 5.”

The shooting’s effect on Sarah isn’t unheard of.

According to the CDC, bullet fragments or shotgun pellets that remain lodged in the body can be an important cause of lead poisoning.

However, fewer than one percent of cases of adults with elevated lead levels are caused by that.

And as the court case against her accused attacker continues, so will Sarah’s recovery.

Eight other students and two teachers did not.