"Thank you for continuing to shine light on the beauty of the human spirit," J.J. tweeted Thursday. 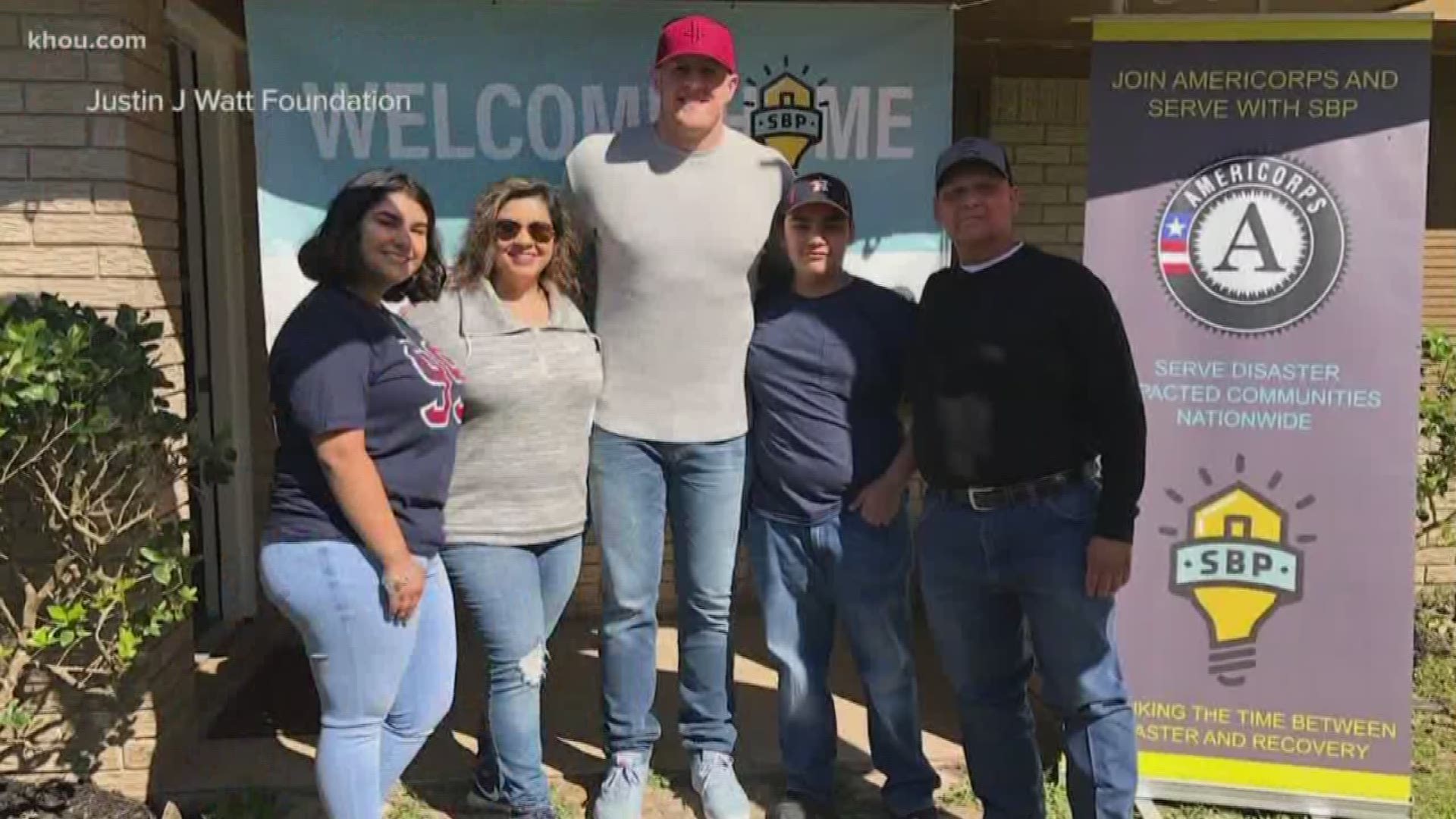 The Justin J. Watt Foundation says the public's generous donations have helped in the cleanup and repair of over 1,183 homes and 971 childcare centers serving more than 108,731 children.

One of the eight organizations Watt partnered with is SBP, which opened up about how they've helped people in the Houston area over the last two years.

SBP teamed up with seven smaller nonprofits to rebuild 285 homes in Houston.

SBP says their partner nonprofits are on track to rebuild another 82 homes in the Houston area by July 2020.

ALSO READ: J.J. Watt giving away a Ford Raptor truck, $100K and chance to meet him

Watt's Hurricane Harvey Relief fund has also served 239 million meals to those impacted by Harvey, according to the foundation.

Other highlights include the distribution of medicines to uninsured patients and mental health serves provided to thousands.

"None of this would be possible without your generosity. Thank you for continuing to shine light on the beauty of the human spirit. #HoustonStrong," Watt tweeted.

In February, J.J. took exception to one Twitter user who questioned the whereabouts of the Harvey funds. The follower's comments were made under a post about the passing of his great-grandmother.

J.J.'s foundation has been very transparent as to how the funds are being used, naming the specific organizations receiving the money.

"While I understand the total recovery from Hurricane Harvey could require upwards of $200 billion, and this $37 million will not be able to help every single person as I so badly wish it could, I have made it my mission to ensure this money makes as large of an impact as possible," Watt stated in 2017 as donors continued to contribute.