A Twitter user with the handle “MAMA_NISHIA” took a shot at the Texans star and his distribution of Harvey-related fund raised. 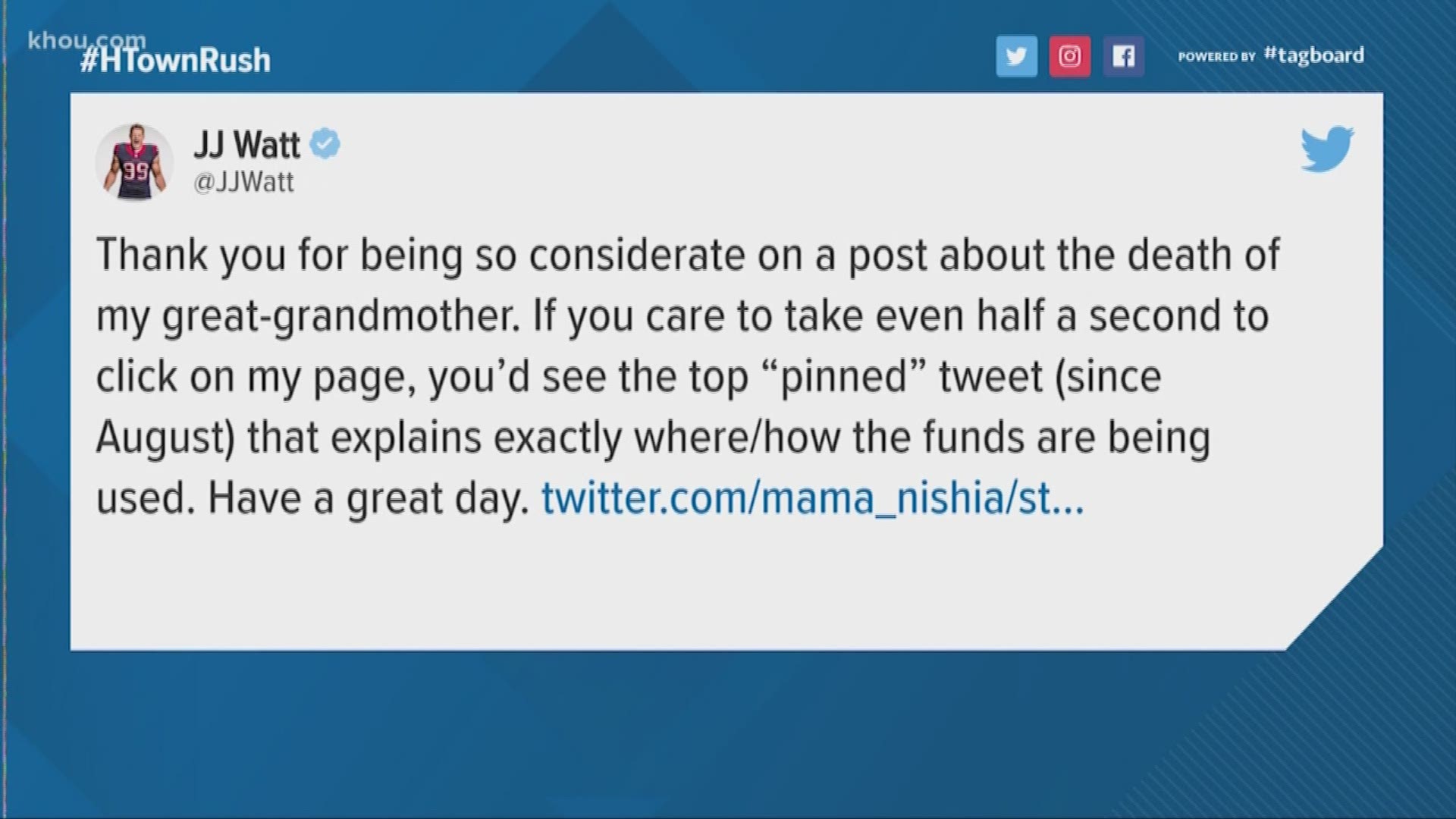 HOUSTON — Houston Texans star J.J. Watt took exception to a Twitter user who criticized him using a tweet of his grieving the loss of his great-grandmother Sunday night.

Watt posted a message Sunday about the passing of his great-grandmother saying: “Rest peacefully beautiful soul. Thank you for being the guiding light of our family for so many years. 101 years is a truly remarkable run. We love you Great-Grandma. You will be forever missed.”

Then a Twitter user with the handle “MAMA_NISHIA” copied a link to Watt’s tweet about his great-grandmother and added the message, “Missed like those Hurricane Harvey funds,” taking a shot at the Texans star’s distribution of Harvey-related funding that was raised following the 2017 hurricane.

Within minutes of the tweet, Watt then copied a link to the poster’s response with the message: “Thank you for being so considerate on a post about the death of my great-grandmother. If you care to take even half a second to click on my page, you’d see the top “pinned” tweet (since August) that explains exactly where/how the funds are being used. Have a great day.”

Watt’s response has been re-tweeted and liked more than 13,000 times as of early Monday morning.

RELATED: JJ Watt admits on late night TV that he left the Super Bowl before it even started