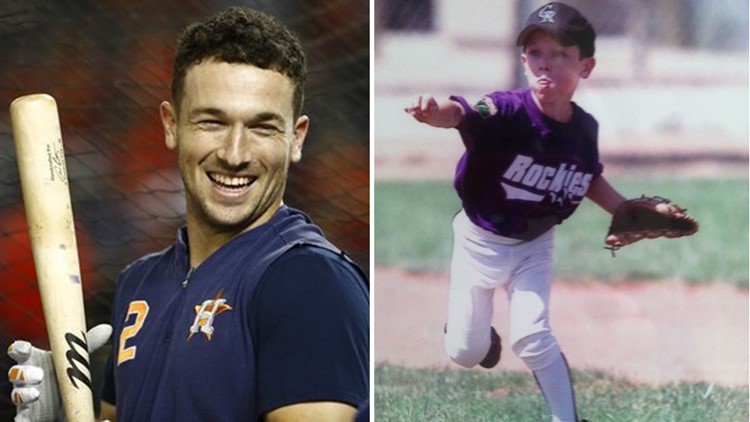 Photo by: AP & Family photo
Alex Bregman at the 2019 Word Series, left, and playing tee ball as a child.

HOUSTON — Alex Bregman was practically destined to play in the Big Leagues.

His dad, Sam, said Alex was already obsessed with baseball at age 4 when he turned an unassisted triple play.

Later, when other kids were going to football games and school dances, Alex was in the batting cage.

“Thanksgiving, Christmas, holidays, he was down hitting while everyone else was enjoying themselves,” Sam told us back in 2017 when Bregman was a rookie in the World Series.

The family’s love affair with baseball goes back to the 60s when Sam’s dad, Stanley, was general counsel for the then-Washington Senators. Stanley helped negotiate the deal to bring Ted Williams to the Senators.

Trips to the ballpark ended when Stanley convinced a federal judge to lift the injunction that prevented the Senators from moving to Texas.

“Of course, the team left in midnight with all the moving trucks and I think my father was the most hated man in Washington for a few nights.”

Sam said baseball was always his favorite sport and watching his son play in the Big League is “surreal.”

“To actually see my son take the love of the game to this level, it’s incredible,” Sam said. “It’s something that I’ll always treasure, it’s really been a hell of a ride.”

Despite the home runs and diving catches, Sam said he’s most proud of the kind of guy Alex is off the field.  And we’re sure Grandpa Stanley, who died in 2014, is proud too.

RELATED: Astros walk-up songs: Here's the playlist the players use to pump them up

RELATED: Bregman breaks out of slump with record-setting night