Starting Wednesday, the district will issue citations for $300. The district said the violations are issued to the registered owner of the car. 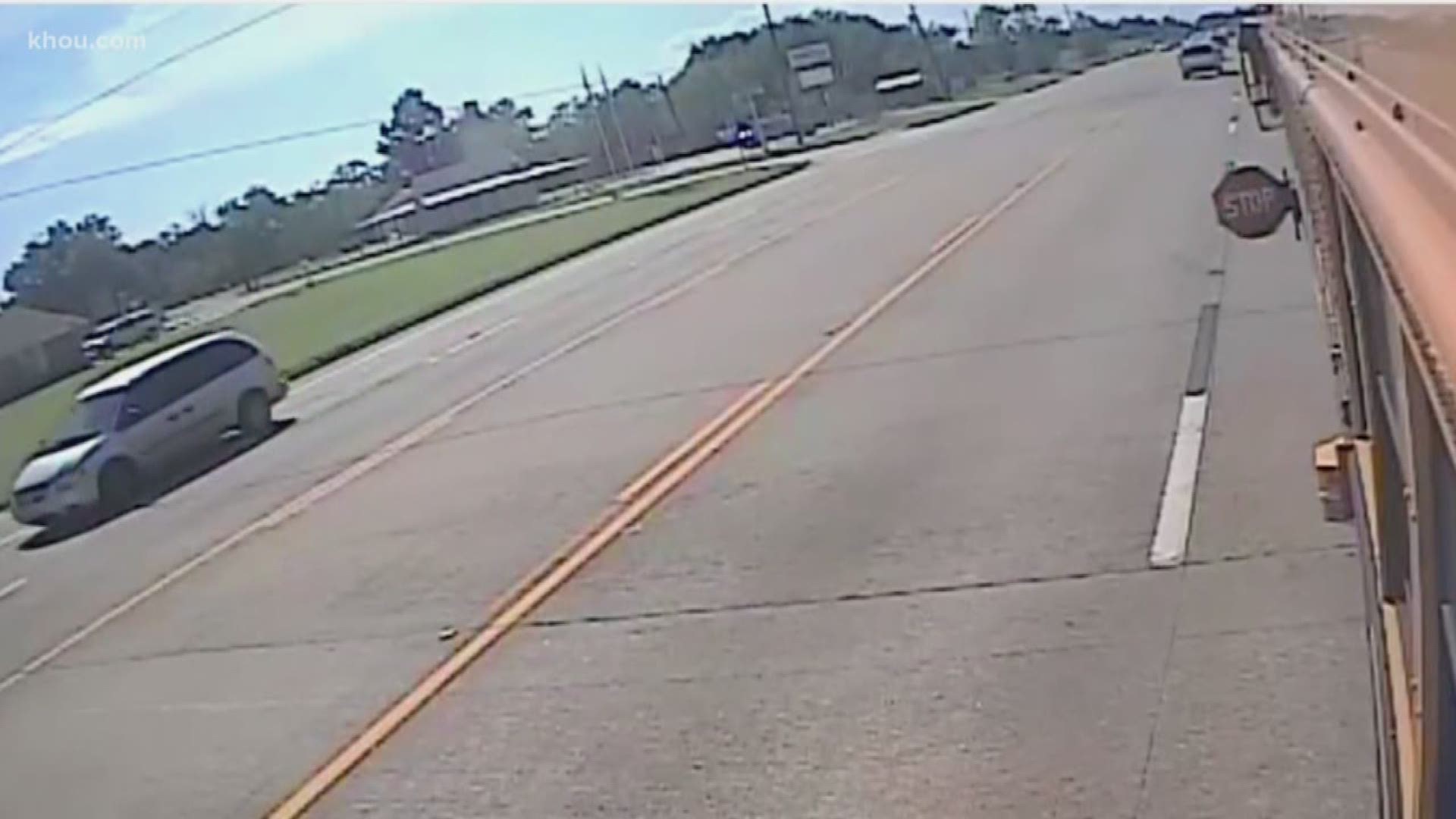 ”It’s frightening, especially when it’s young children who are unpredictable at times," said McKinney. "We’ve never had an incident with a student getting hit getting off the bus, but you don’t wait til that happens. You prevent it from happening.”

The district installed the cameras in August and they began capturing violations on Sept. 15. Since then, they have been operating in a "warning period," catching 186 violations on seven buses between Sept. 15 and Oct. 9.

But that warning period ends on October 16.

”It makes my heart drop a little bit to know that it’s jeopardizing the safety of our students," said Patti Hanssard, public relations director for Santa Fe ISD.

Starting Wednesday, the district will issue citations for $300. The district said the violations are issued to the registered owner of the car, similar to a parking ticket.

RELATED: 'No respect for our children' | Houston mom records drivers who whiz by crossing guards

There is an appeals process that allows for contesting the citation by mail or in-person.

”The consequences if it had gone differently by a second or two would have been life and death," McKinney said of the violations they have already caught. ”There are lots of driving jobs, but this one has precious cargo.“

They are reminding drivers that even on a divided highway with a turn lane, every car in both directions must* stop.

”We’re in a rural area in Santa Fe ISD and we don’t have a lot of the concrete medians that other cities do," said Hanssard.

McKinney said they hope to outfit more buses with the cameras if possible.

”We want to stop the illegal passes. We want to increase safety around the bus. Our district has made a commitment to making every aspect of school life safe and the buses are no exception," said McKinney.

According to the Texas Department of Public Safety, state law requires that drivers stop when a bus is stopped and operating a visual signal – either red flashing lights or a stop sign. Drivers should not proceed until the school bus resumes motion; the driver is signaled by the bus driver to proceed; or the visual signal is no longer activated. Approaching drivers do not have to stop for a school bus that is operating a visual signal if the roadway is separated by a physical barrier or an intervening space. (If a highway is divided only by a left-turning lane, the roadways are not considered separated, and drivers must stop for school buses.)

RELATED: Teen accused of nearly hitting 5-year-old girl getting off school bus has been arrested

DPS asks bus drivers all over the state to keep track of passing violations with this form.

According to DPS, Drivers who illegally pass school buses face fines up to $1,250 for the first offense. For individuals convicted of this offense more than once, the law allows the individual's driver license to be suspended for up to six months. (A ticket for illegally passing a school bus cannot be dismissed through defensive driving.) Additionally, this offense could potentially include criminal charges if they cause serious bodily injury to another.