Dean Zalesnik believes an everyday routine put him in the right place at the right time. 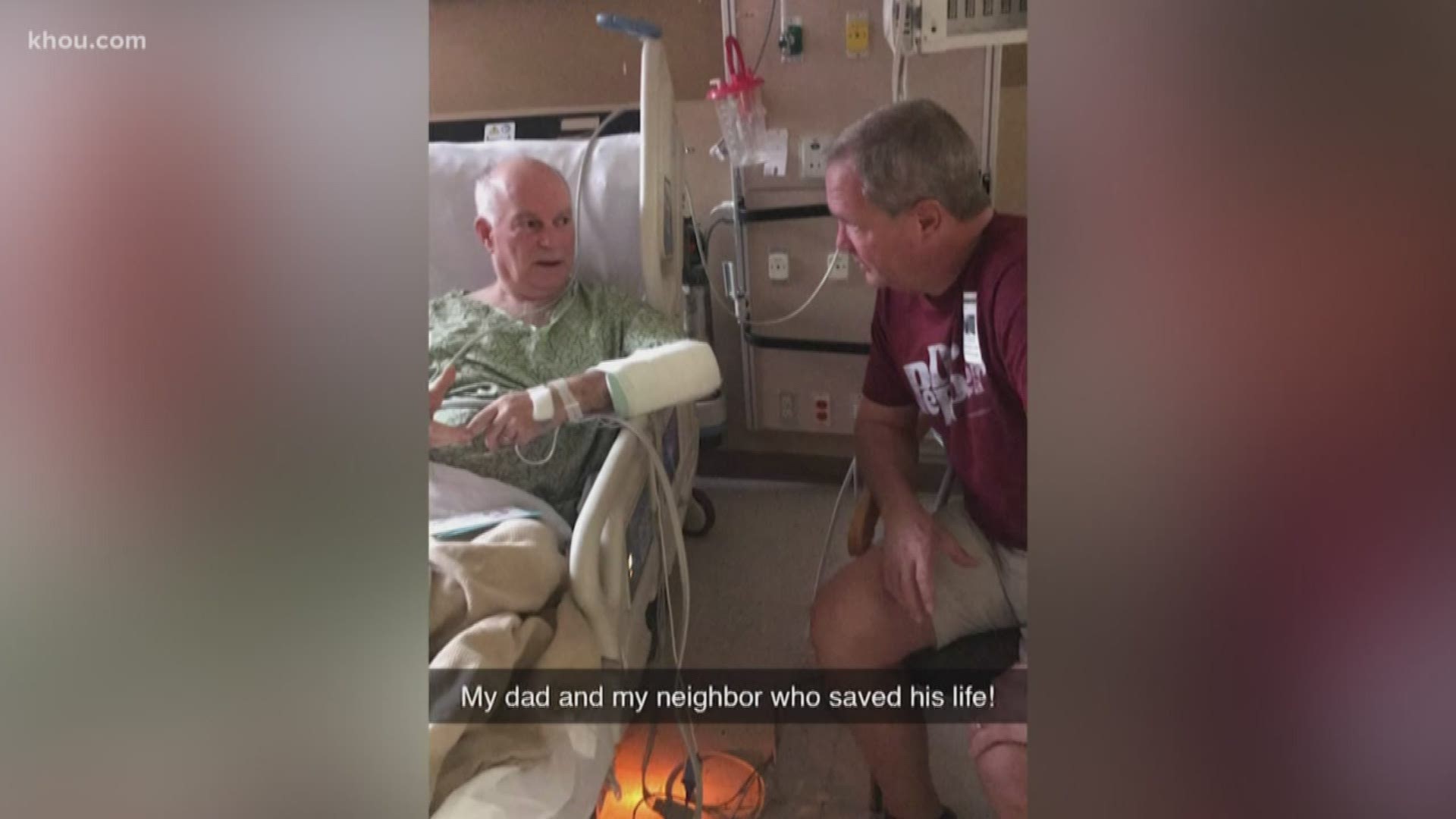 LA PORTE, Texas — A former Houston Fire paramedic helped save his neighbor’s life after he collapsed and went into cardiac arrest.

The incident took place in a La Porte neighborhood on Sunday morning and it was all captured on home surveillance.

Dean Zalesnik believes an everyday routine put him in the right place at the right time.

“If he didn’t need to go for a walk I’ll probably; I wouldn’t of never been there,” he said.

Zalesnik and his dog, Skip, were on their morning walk when he spotted his neighbor Kathie.

“We were right over there by the light pole just talking and our dogs were playing,” Zalesnik said. “And then like I said, we saw Ted walking this way and I waved to him and I really don’t remember him waving back to me and the next thing I know I just turned back around and he was face down on the grass.”

“We ran across the street. We turned him over on his back and I kind of just shook him, called his name. No response. Basically he was breathing very shallow,” he added.

“I would say I did a total of 60 compressions and Ted took a deep breath. I immediately checked pulses. He had a good carotid pulse and probably another minute or so he was opening his eyes and he knew who I was and he knew who his wife was,” Zalesnik said.

Zalesnik said, “I was a little bit in disbelief. It was just kind of like a surreal moment in my life. I was like wow, thinking to myself, is this really happening?”

Ted is recovering and will have open heart surgery this week.

“I feel proud and honored to have saved his life or be involved in saving his life. I truly believe god placed me there for a reason and he’s alive today because of it,” he said.

Zalesnik encourages others to get basic CPR training just in case the lifesaving skill is ever needed.