The board late Tuesday acknowledged the public deserves answers but said federal law prevents them from saying much more. 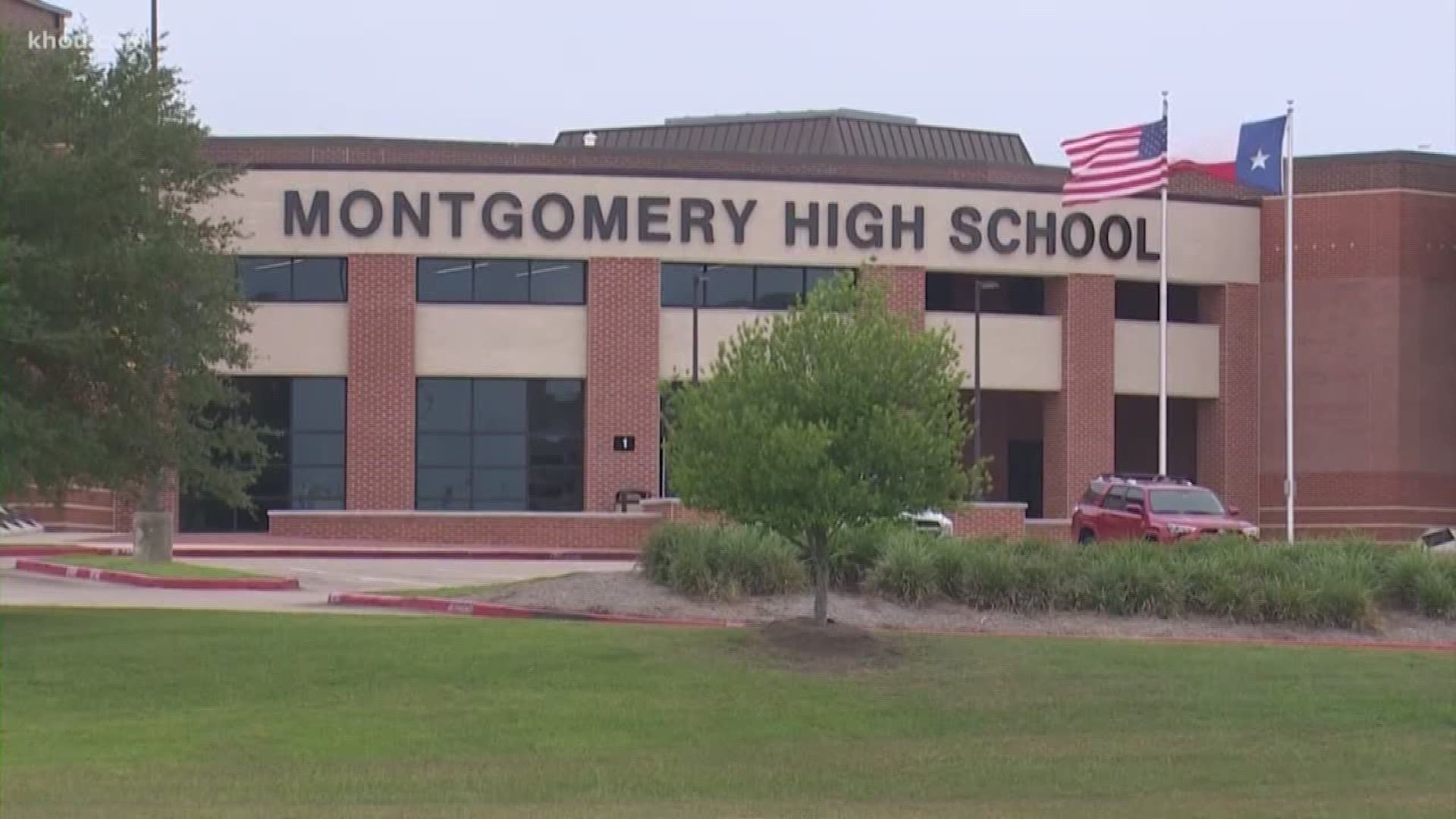 The phones were taken on Friday, Oct. 11 -- the same day Montgomery County District Attorney Brett Ligon recused himself from the investigation "based on personal relationships that both the District Attorney and members of his family have with persons involved in this matter," he said in a statement.

"Detectives are aware of rumors about existing video of the alleged hazing incident and encourage anyone with information about the incident to come forward," according to a statement issued Tuesday by the Montgomery County Sheriff's Office.

The cellphones are currently undergoing forensic examination, according to the statement.

Late Tuesday the school district concluded an executive session, releasing a statement but no further info about the alleged incident. The school board said they have not been able to obtain a copy of the alleged Snapchat video showing the incident because it was a temporary video.

The board believes the district conducted a thorough investigation and students involved were appropriately punished.

The board also acknowledged that the public deserves answers but said federal law prevents them from saying much more.

Few details about the Sept. 26 incident -- which Montgomery ISD Police Chief Marlon Runnels characterized to KHOU as a "possible assault" of a Montgomery ISD student by multiple other students at an off-campus location -- have been confirmed by the school district or Montgomery County officials.

A source close to the investigation told KHOU on Friday that the incident was not sexual in nature but rather what appears to be a hazing initiation.

A Montgomery ISD school board member said the incident has been improperly handled from the beginning. She said it has the appearance of a cover-up.

“From the description I’ve been given, I can’t believe that would be called hazing,” said Linda Porten, Montgomery ISD board trustee. “The board got an email telling us that there had been a supposed hazing event and that social media was going wild.”

Montgomery High School forfeited Friday night's game against Huntsville High School in the wake of the investigation. But all football games will now resume as previously scheduled.

"On Friday, October 11, 2019, pursuant to a search warrant, Detectives with the Montgomery County Sheriff’s Office seized 4 cell phones from students of the Montgomery Independent School District.  The cell phones were seized in conjunction with the alleged hazing incident, and are currently undergoing forensic examination.  Detectives are aware of rumors about existing video of the alleged hazing incident and encourage anyone with information about the incident to come forward.

"Detectives with the Montgomery County Sheriff’s Office as well as Children’s Safe Harbor have interviewed numerous individuals in regards to the hazing incident.

"As this is a complex and sensitive investigation, the Montgomery County Sheriff’s Office is committed to dedicating as much time as needed to ensure a thorough, impartial and transparent investigation.  This investigation involves juveniles which further adds to the complexity of this case, and the methods of investigation.  By law and policy we are limited on the amount of information we can release.

"Detectives are aware of a similar incident that occurred in Montgomery County Maryland in 2018-2019 involving high school hazing.  We want the public to be aware that misinformation and rumors from that incident are being confused with our local investigation.   We also ask the public and media for patience as we investigate all of the facts and circumstances surrounding these allegations.