Brazoria County sheriffs say a truck and car collided with each other at an intersection near Country Road 191. 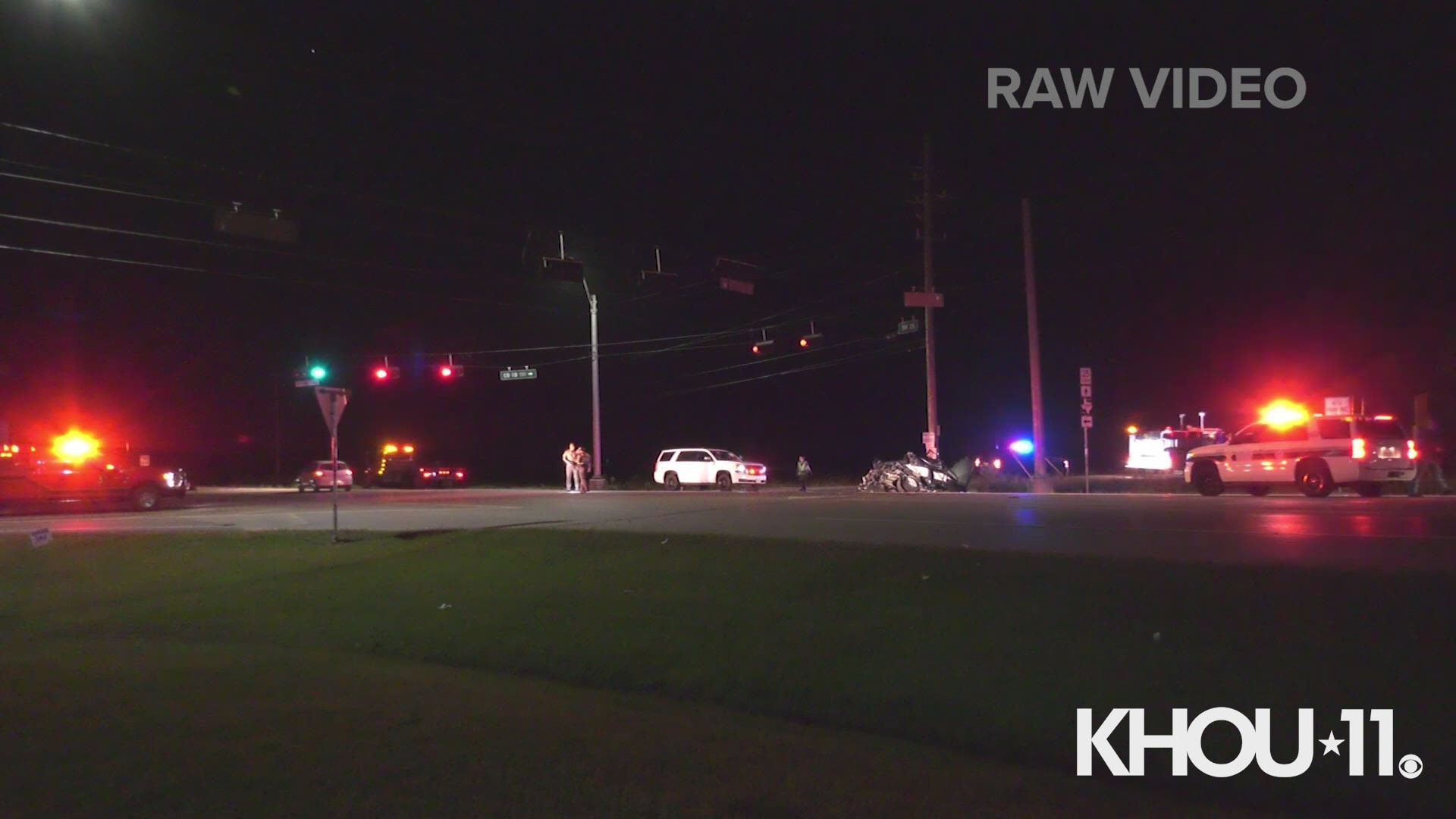 BRAZORIA COUNTY, Texas — At least one person was killed and two others hospitalized after a crash early Tuesday on Texas Highway 35 near County Road 191 in Brazoria County, according to investigators.

The Brazoria County Sheriff’s Office said the deceased victim was riding in a truck and the two people injured were riding in a car when the incident happened.

Investigators believe one vehicle was going northbound on FM 2917, which changes into 191 County Road, when it collided with another vehicle making a turn at the intersection.

The car was found inside a ditch at the intersection and the truck had crashed into a tree when first responders arrived, according to the sheriff’s office.

The occupant in the truck was pronounced dead at the scene.

The other two victim were rushed to the hospital. Their conditions are unknown but they’re expected to survive, investigators said.

Deputies believe speed may have played a factor in the crash.