Investigators said the victim was at home with his mother and older brother when three men forced their way into a family's apartment. 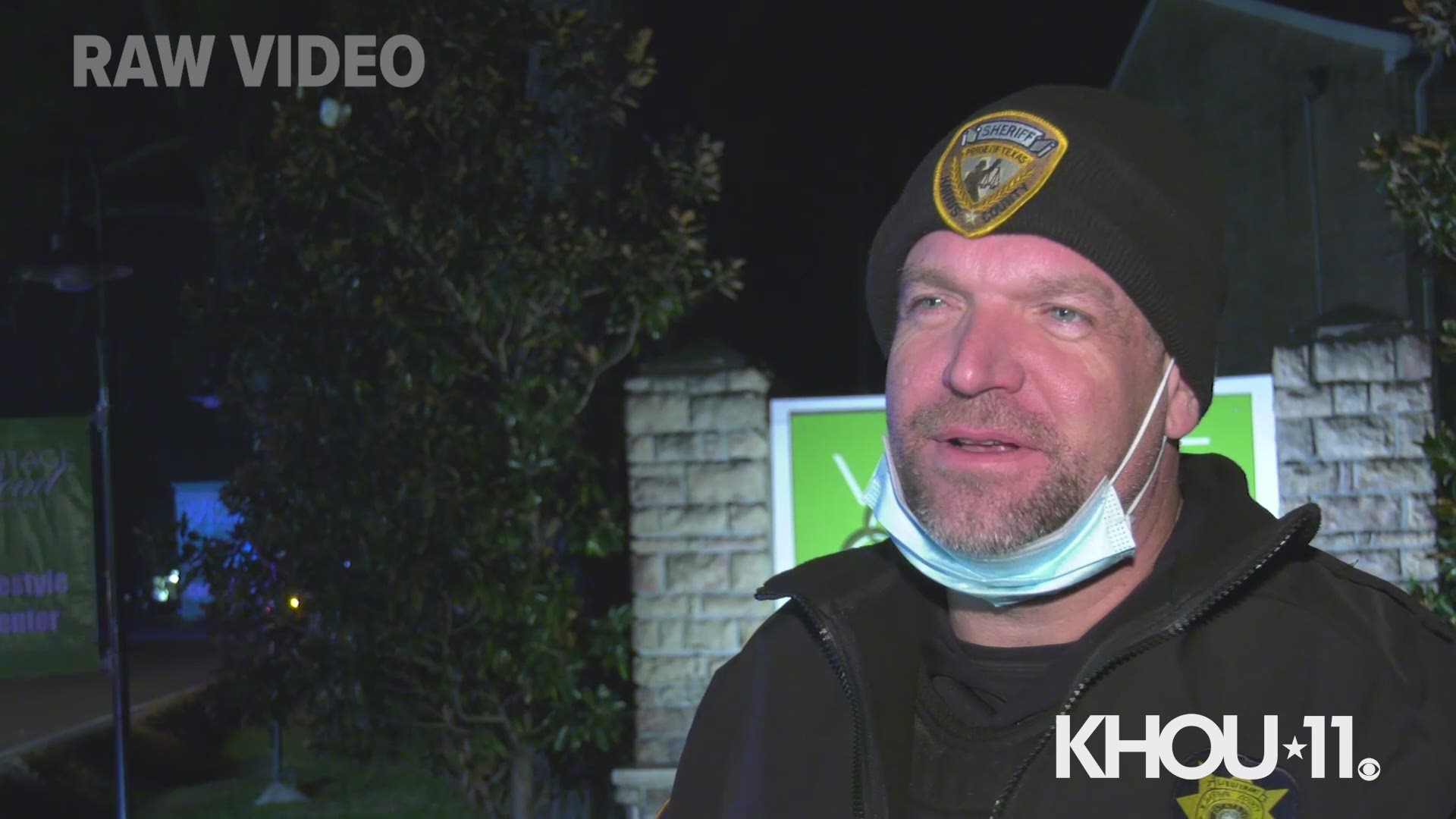 HARRIS COUNTY, Texas — A teen was injured Tuesday morning when three men forced their way into his family's apartment in northwest Harris County, according to the sheriff's office.

Officers responded to a home invasion call at 1:22 a.m. at the Vantage Point Apartments on Jones Road, just outside the Willowbrook area.

Investigators said the victim was at home with his mother and older brother when the incident happened. At some point, a gun was fired and the teen was grazed in the side, deputies said.

The teen was taken to a nearby hospital for treatment. He's expected to be OK.

It wasn't specified what the men took if anything. For now, sheriffs deputies are investigating and no arrests have been made.

If you have any information that could help in the investigation, please call the Harris County Sheriff's Office or Crime Stoppers of Houston at 713-222-TIPS (8477).