Army to fire, suspend Fort Hood troops over violence at base

Army leaders will discuss the independent review that was launched in the wake of Pfc. Vanessa Guillen's disappearance and death. 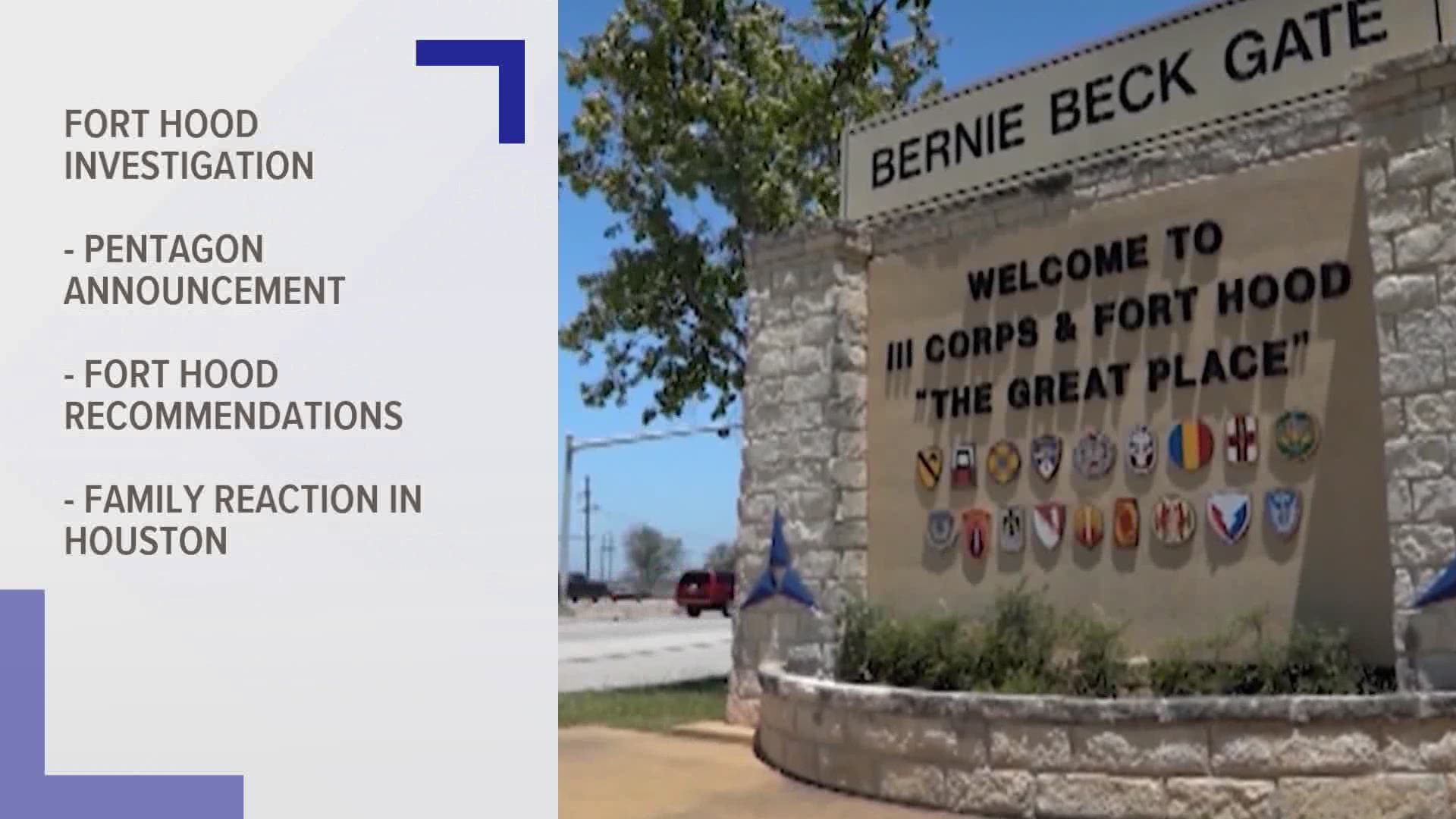 It's a dramatic purge intended to correct a command culture they believe failed to address systemic leadership failures and a pattern of violence that included murders, sexual assaults and suicides.

Officials familiar with the matter say Army Secretary Ryan McCarthy will take administrative actions that will remove soldiers from their jobs, and likely trigger investigations that could lead to a wide range of punishments.

Those could go from a simple letter of reprimand to a military discharge.

Officials spoke on condition of anonymity to discuss investigation results not yet made public.