The victims said they were stripped down to their underwear and then locked in a room at the Ridgemont home, according to the federal court documents. 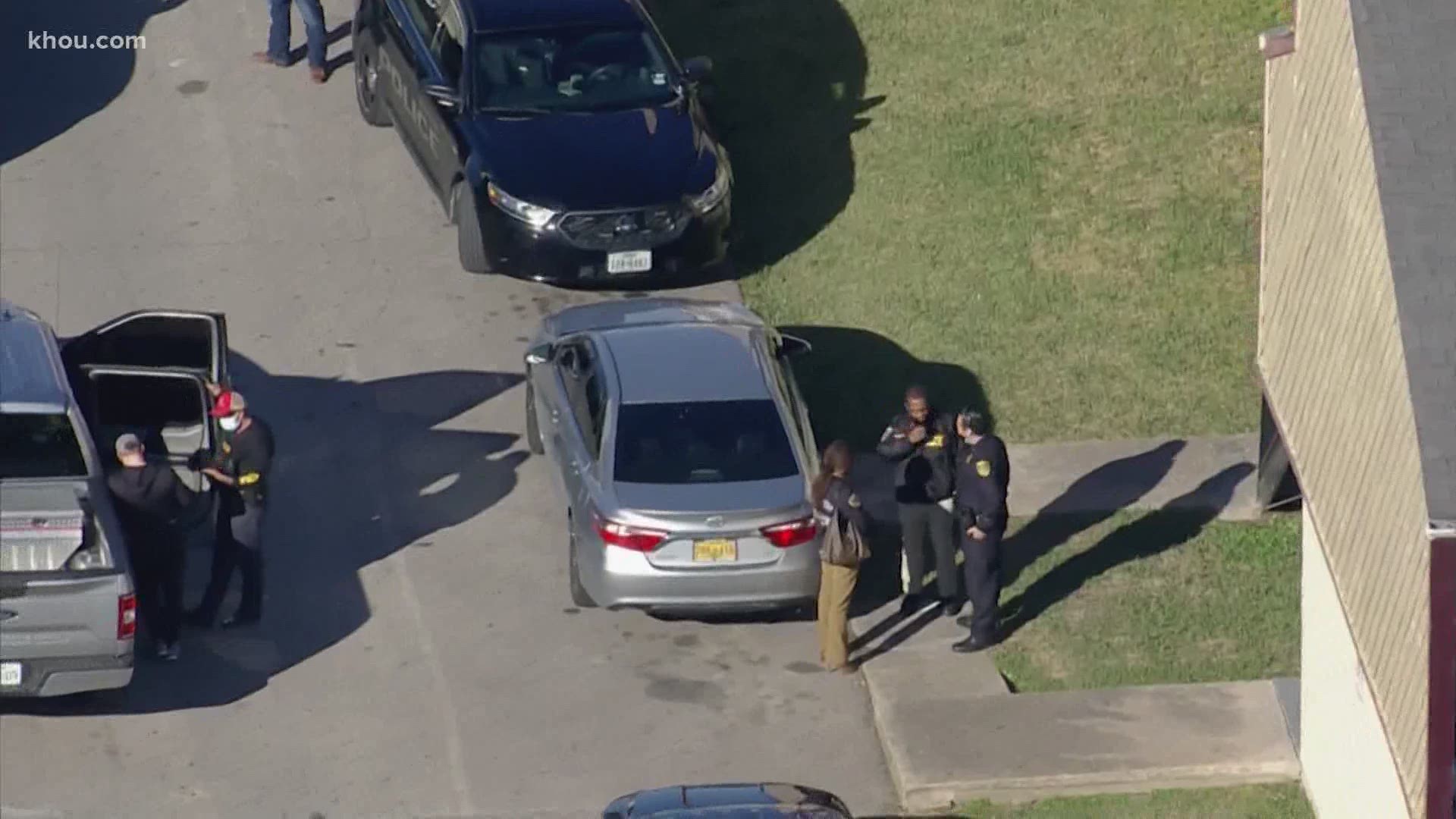 HOUSTON — Probable cause has been found in a federal case stemming from the discovery of an illegal human stash house in Houston.

Mauro Ostillo Dominguez-Maldonado, 36, is accused of harboring dozens of illegal immigrants at a home in 4800 block of Raven Ridge Drive.

On Dec. 3, Dominguez-Maldonado was arrested after one of the victims managed to escape the home and call 911. When police arrived, the victim led them back to the house. Police found 28 men and one female who appeared to be a minor. Officials said the victims are from Mexico, Honduras, Guatemala, El Salvador and Cuba.

According to federal court documents, Dominguez-Maldonado stayed at the house to look over the victims. Investigators said the home had boarded-up windows and deadbolt locks on the inside doors. A ledger was found with a list of names investigators believe was a list of victims.

This is the victim who was able to escape the house and alert a neighbor, which ultimately led to the discovery of the operation.

This victim said he entered the country illegally about three months before the stash house was busted. He said his intended destination was Houston. He told investigators that when he arrived at the house, his phone was taken and he was told to remove his clothing. This victim also identified Dominguez-Maldonado as a passenger in a vehicle that picked him up on his way to Houston. This victim also said he saw Dominguez-Maldonado carry a gun in his pants.

This victim said he illegally entered the United States on Nov. 16. He was heading to Memphis, Tennessee. He said his father-in-law coordinated the trip from Mexico and that the smuggling fee was 108,000 pesos. He says he still owes the entire amount, according to court records. This victim identified Dominguez-Maldonado as the man who took his clothes and took his phone when he got to the house in Houston. He said he had been in the house for about one day.

This victim told authorities he was heading to Los Angeles and was paying $7,000 in smuggling fees. He said he coordinated his own trip and still owes the smugglers $5,000. He also said Dominguez-Maldonado was a guard at the house. The victim said he was confined to one room with all men since he arrived on Dec. 3.

This victim said she was heading to Florida. She said someone else paid her smuggling fee and said she didn't know how much it was or if any money was still owed. She said she was instructed to remove her clothes when she got to the stash house, but she refused. She told investigators that she was not physically or verbally harmed while she was at the house. She said she believed Dominguez-Maldonado was in communication with the person in charge of the stash house.

Dominguez-Maldonado faces up to 10 years in federal prison and a fine up to $250,000 if convicted. He is expected to make his first court appearance this week.