Edward O’Neal Jr. was out on a $25,000 bond for the stabbing death of a Houston teen and now he's charged with another murder four years later. 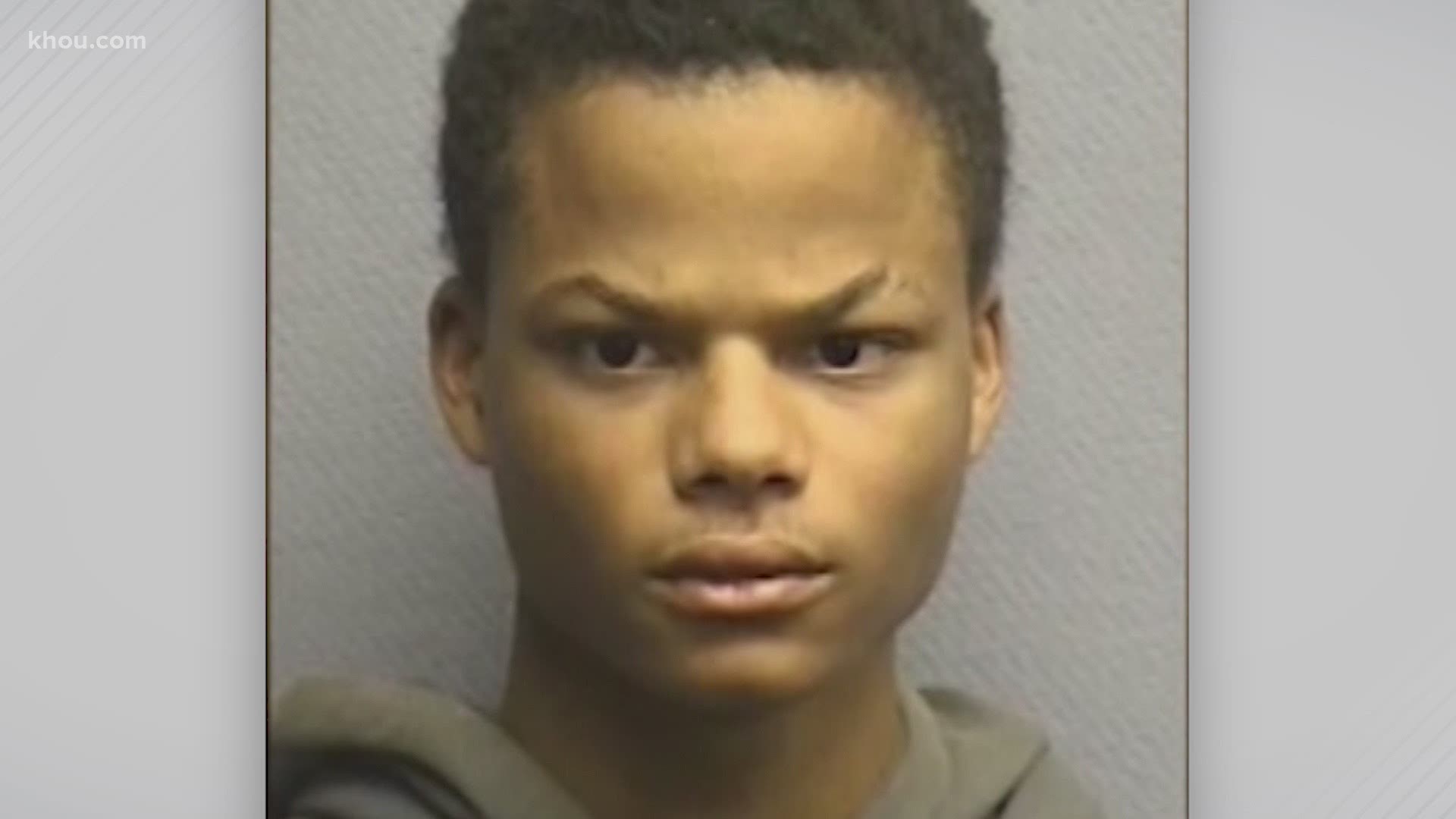 HOUSTON — Edward O’Neal was 18 when he first made headlines in 2016 as an alleged devil worshipper charged with murder.

Now, O’Neal is in the news again because he’s accused of committing another murder while out on bond for the first case.

In the high-profile 2016 case, O’Neal was charged with stabbing 16-year-old Ryan Roberts to death and leaving his body in a wooded area. Christina Roberts told KHOU at the time that she thought her son was murdered as part of a satanic ritual.

The suspect and victim were close friends, the victim's mother said, and O'Neal even lived with them for a few months at one point.

After O’Neal’s arrest, father Edward O'Neal Sr. told KHOU his son has a history of mental illness and devil-worshipping. But he didn’t think he was a killer.

"Oh I know that he's worshiping the devil and stuff," O'Neal said. "He didn't tell me nothing. He didn't say nothing about doing nothing. He's mentally retarded."

O’Neal’s bond was originally set at $50,000 in 2016 but, at some point, it was lowered to $25,000 and he got out of jail. The case has been reset several times through the years and Christine Roberts is still waiting for justice.

Now, another family is waiting too.

"It’s sad that another family is having to go through what I went through because the justice system failed us," Roberts said after O'Neal's second murder charge.

"When I saw Edward O' Neal also was declared incompetent, restored to competency to stand trial and was released and is now charged with another murder, light bulbs went off. I’ve seen this before," said Andy Kahan, Director of Victims Services for Crime Stoppers.

Rosalie Cook, 80, was murdered earlier this year. Kahan said her accused killer, Randy Lewis, was also originally declared incompetent for a felony assault charge, but later released on a PR bond, meaning he didn’t have to pay to get out of jail.

Kahan said that during a year of rising homicides, the public deserves an explanation.

“I would love for somebody to say, 'this is why we did what we did. This is why we thought Edward O’neal was a good risk to release back into the community,'" he said.

We asked the Harris County District Attorney's Office if they fought the lowering of O’Neal’s bond. They released this statement:

“Our prosecutors told the judge in court that we opposed bond being lowered for this defendant and we twice filed motions asking the judge to set conditions on the defendant’s bond if he were to be released pending trial,” said Dane Schiller, spokesman for the Harris County District Attorney’s Office. "We also let the judge know the facts of the original murder, to ensure the court was aware of our concerns for public safety.”

KHOU 11 News reached out to the judge tonight in the 183rd District Court and is still waiting to hear back.