Anyone with information that could help Fort Bend County investigators should call their Crime Stoppers at 281-342-TIPS. 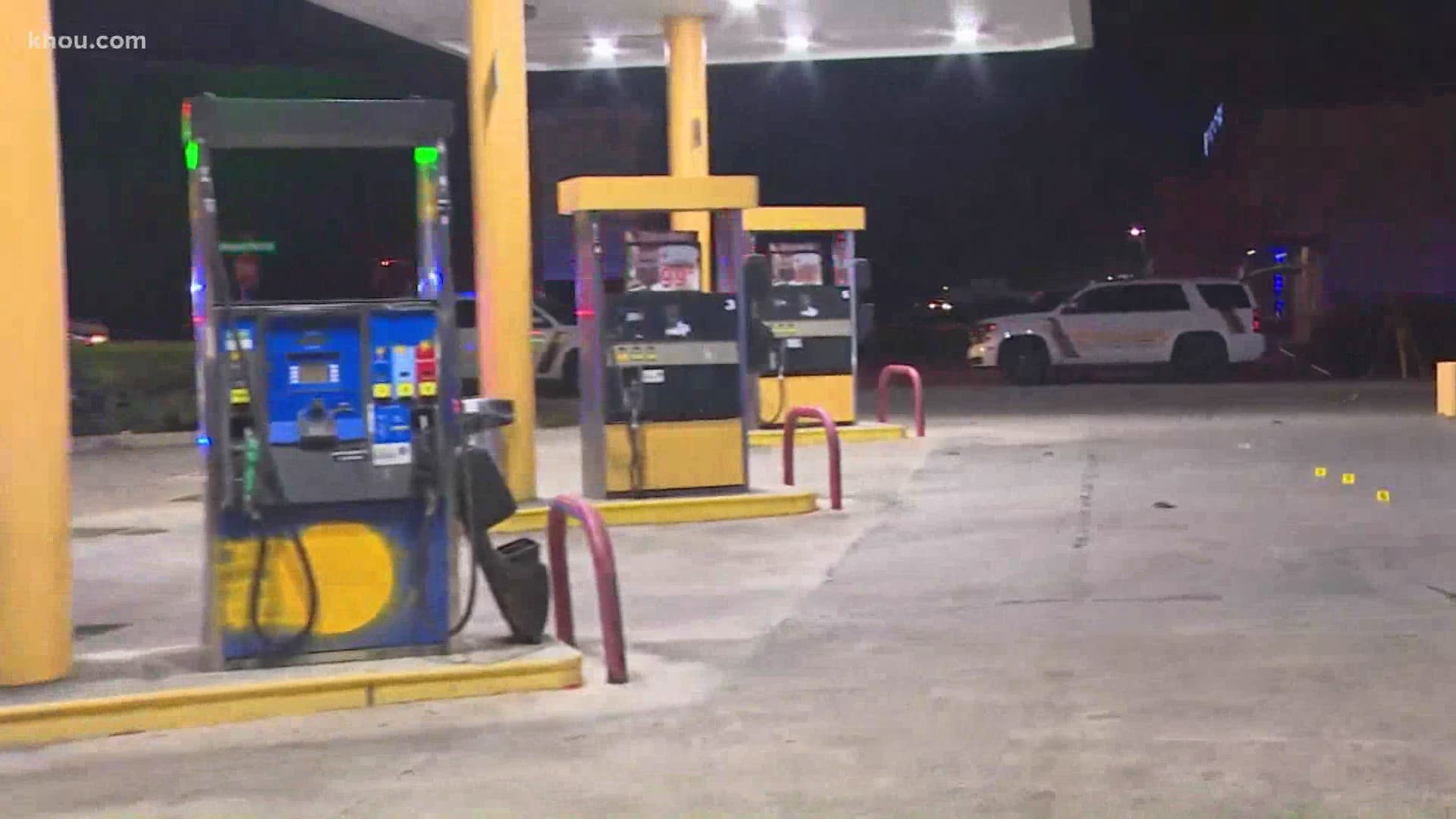 FORT BEND COUNTY, Texas — An altercation between two groups of people led to the fatal shooting of a man at a Stafford-area gas station overnight, the Fort Bend County Sheriff's Office said.

The shooting was reported just before 12 a.m. Monday night in the 800 block of FM 1092, also known as Murphy Road.

The victim, later identified by the sheriff's office as 22-year-old Camerron Long, was taken to a hospital in Sugar Land where he were pronounced dead.

Multiple bullet casings were found in the gas station parking lot. At the scene, two people were in a patrol car, including the victim's mother, who was crying. A man was speaking with investigators and pointed them to a black Cadillac SUV that appeared to be part of the crime scene.

Detectives said they reviewed surveillance video and saw two different groups meet up outside the gas station while it was closed. An altercation occurred and shots were fired.

At 2:24am we received a call regarding a male found shot on the side of the road at 812 FM/1092. Victim was transported to Sugarland Methodist. He was  pronounced deceased at the hospital. No other info at this time. pic.twitter.com/K5h5burIL8

It's unknown if the victim was among those who opened fire. He and his 19-year-old brother were going to the convenience store at the gas station when the shooting occurred, a family member said. When deputies arrived, they found the wounded man on the side of the road.

Currently no arrests have been announced the in shooting, nor has a motive been disclosed.

Anyone with information that could help Fort Bend County investigators should call their Crime Stoppers at 281-342-TIPS.