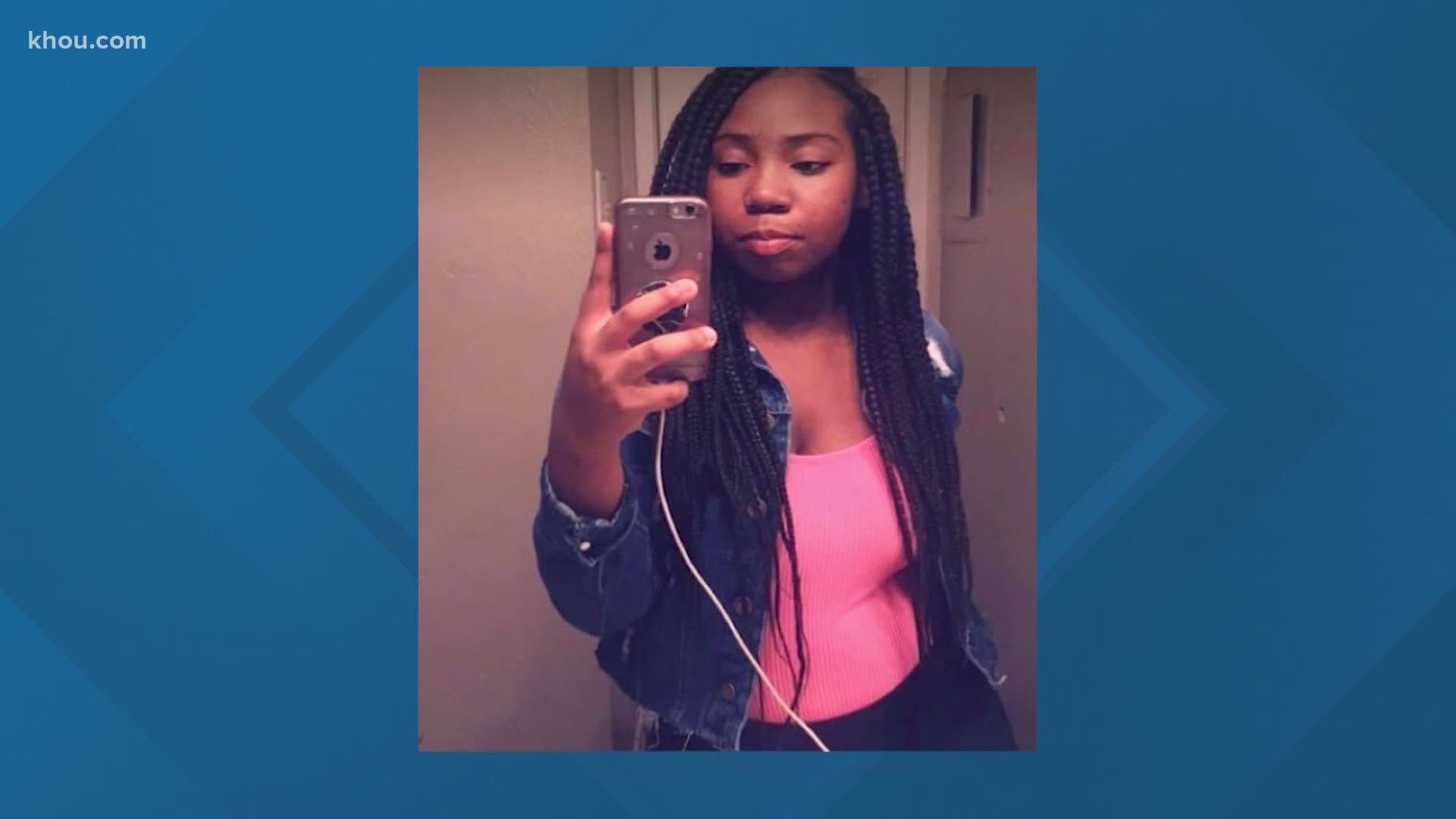 HOUSTON — A Houston teen who was shot and killed Monday adored her family, loved to dance and dreamed of going to college to study fashion.

Mareja Pratt, 16, was gunned down in southwest Houston over a “social media beef,” according to Houston police.

The family said it was beef between a cousin. The cousin brought her friends, and the friend's boyfriend shot the 16-year-old, her family said.

Detectives say Pratt and two adults confronted the suspects in the 10800 block of Sharpview Drive, near the intersection of Wilcrest Drive and Bellaire Boulevard.

Witnesses said the gunman jumped out of a red Chrysler 200 and opened fire on the victims, firing at least 15 shots.

Pratt died at the scene.

They say the Elsik High School student loved fashion and hoped to go to college.

“She loved school and challenging things, but dancing was her thing,” a cousin said.

"Very sad time where a 16-year-old female lost her life unnecessarily over something that seems to be trivial over social media beef," HPD Commander David Angelou said.

Pratt's sister, 20-year-old Dekambrie Pratt and 32-year-old Anthony Thornabar suffered gunshot wounds and were transported to area hospitals. They are expected to survive, according to authorities.

“Everyone started running, and I seen my sister fall," Dekambrie Pratt said. "I keep picturing it. I can't go to sleep. I can't close my eyes, 'cause I see her falling...I want justice. I want justice for everyone in that car. I want justice."

The family set up a GoFundMe for the teen.

The gunman and three women escaped in the Chrysler.

Anyone with information about the incident is asked to contact the Houston Police Department Homicide Division or Crime Stoppers at 713-222-TIPS (8477).