Houston police said the teen died at the scene and two others were taken to area hospitals with gunshot wounds. 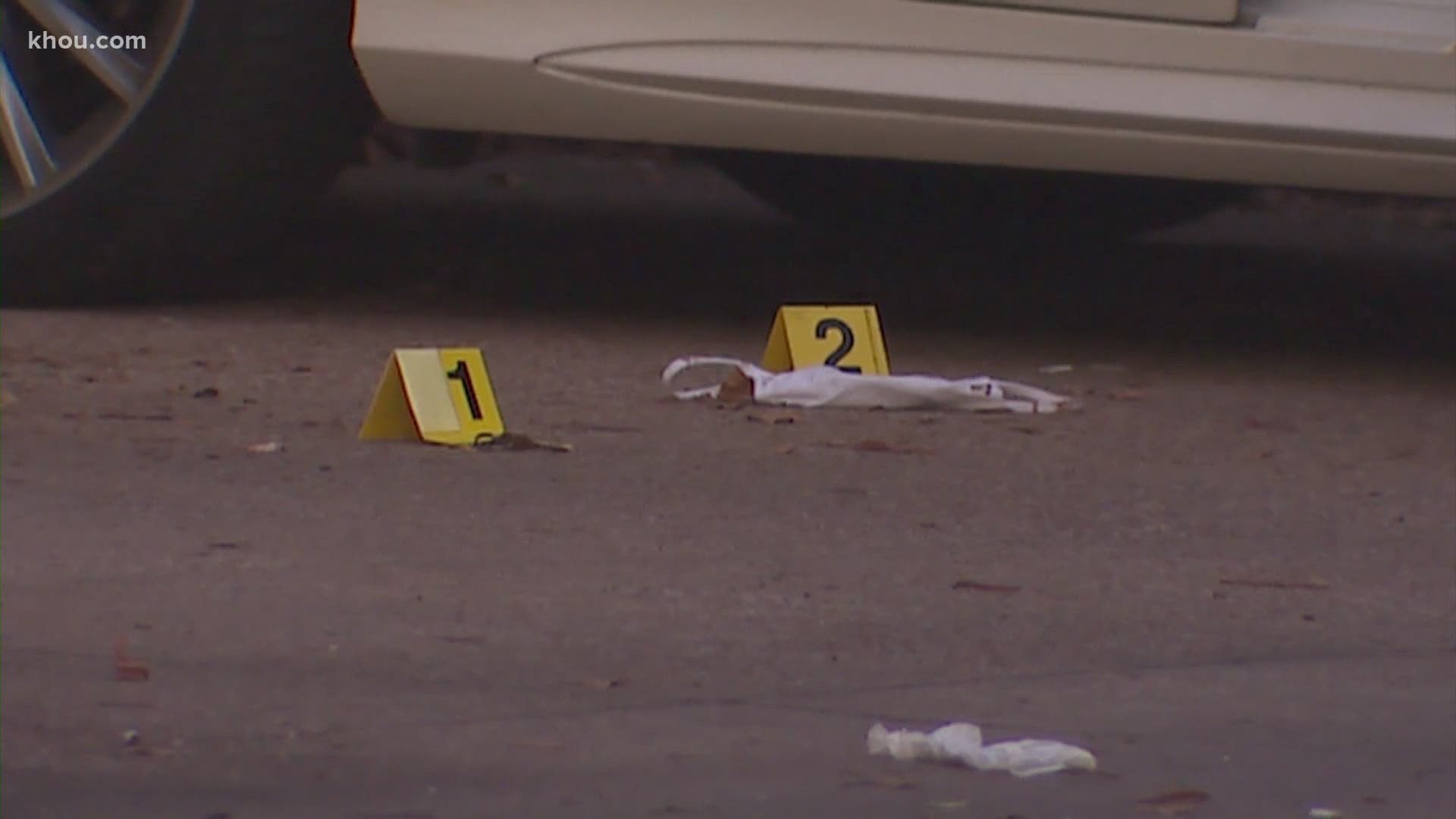 HOUSTON — A 16-year-old girl was killed and two other people were wounded Monday in a shooting in southwest Houston, according to police. Authorities said the shooting was the result of a "social media beef" between the victims and another group of people.

Police said 16-year-old Reja Pratt and two adults arrived to confront the group they took issue with on social media in the 10800 block of Sharpview Drive, which is near the intersection of Wilcrest Drive and Bellaire Boulevard.

Witnesses said a suspect jumped out of a red Chrysler 200 and opened fire on the victims, firing at least 15 shots.

Pratt died at the scene.

Dekambrie Pratt, 20, and  Anthony Thornabar, 32, suffered gunshot wounds and were transported to area hospitals. They are expected to survive, according to authorities.

The gunman and three women escaped in the Chrysler.

Anyone with information about the incident is asked to contact the Houston Police Department Homicide Division or Crime Stoppers at 713-222-TIPS (8477).

Westside officers are on a shooting at 10000 Sharpview Dr. Two Gunshot victims. One is deceased, and the other was taken to an area hospital in critical condition.#HouNews
CC4