City officials said they're focused on cracking down on crime after the city already surpassed 40 homicides this year. 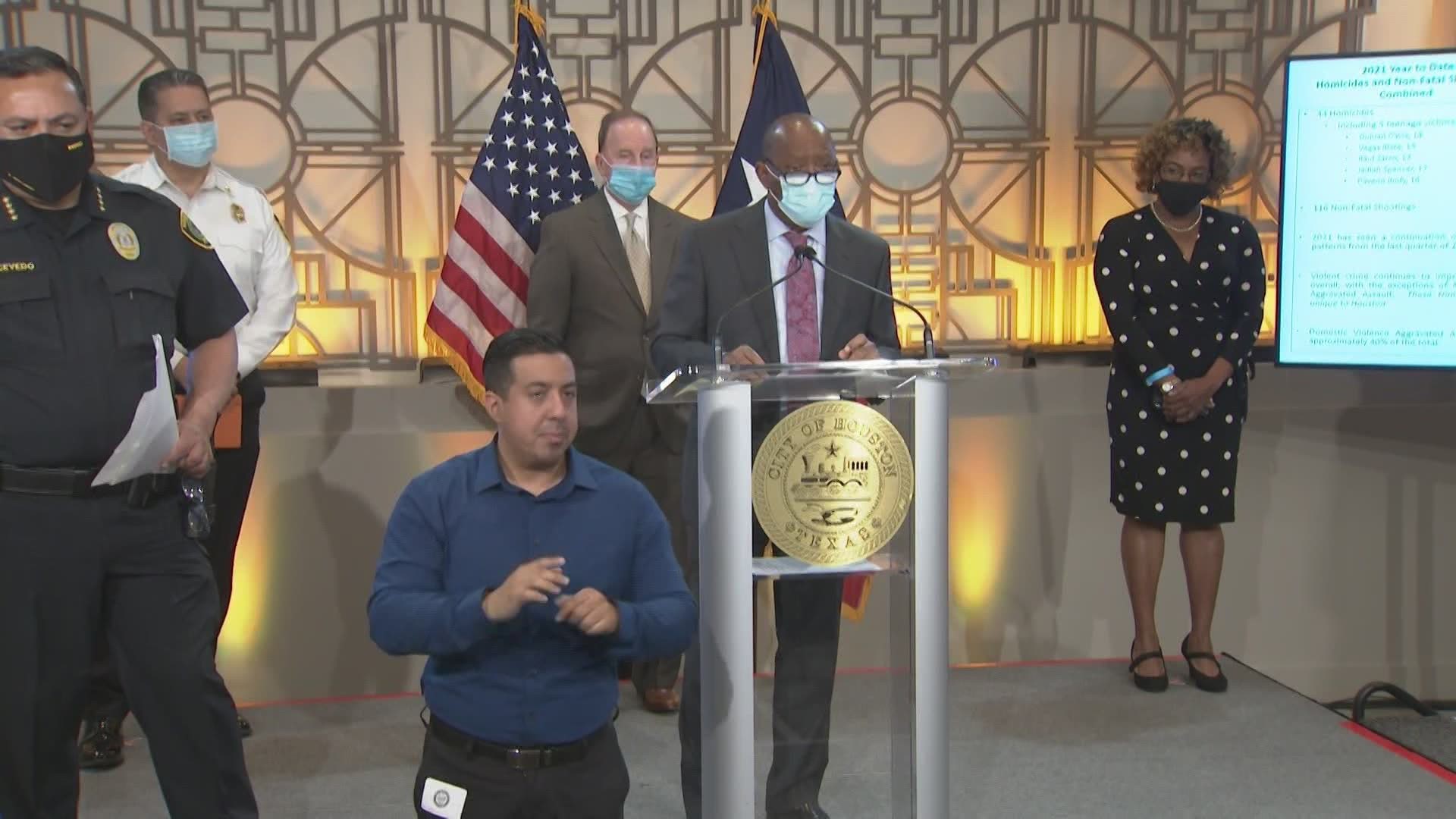 HOUSTON — Houston Mayor Sylvester Turner and Houston Police Chief Art Acevedo said all hands are on deck to tackle the rise in crime within the city.

During a press conference Monday, Turner and Acevedo said since the beginning of the year, there have been 44 homicides in Houston. Five of those homicide victims were teenagers.

Just this weekend alone, there were seven non-fatal shootings in the city, three of them involving teenage victims.

Turner said in order to combat the shootings and homicides, the city is redirecting police funds to homicide detectives and they're increasing police presence in areas labeled as "hot spots" based on data.

The Houston Police Department said they're also looking to monitor social media because of the recent rise in teen violence.

Earlier last year, HPD put a pause on arresting suspects who allegedly committed low-level crimes to keep as many people out of jail as possible due to COVID-19. But now, police are starting to arrest those suspects again, according to Acevedo.

This weekend, 15 people were arrested for being involved in a street takeover. At least 100 other individuals were cited, Acevedo said.

Turner and Acevedo are asking the community to become more engaged and involved with helping police solve crimes.

“I know there is some hesitancy providing this information, but the very information you give can help someone else,” Turner said.

If you have any tips that can help police catch suspects of shootings, homicides or any other crimes, you're asked to call Houston police, the mayor's office or Crime Stoppers at 713-222-8477.

Remember tips can be reported unanimously and there are rewards for some cases.