VERIFY: What rules do poll watchers have to follow during the election?

The VERIFY team got answers to your questions about rules poll watchers must follow from Harris County Clerk Chris Hollins. 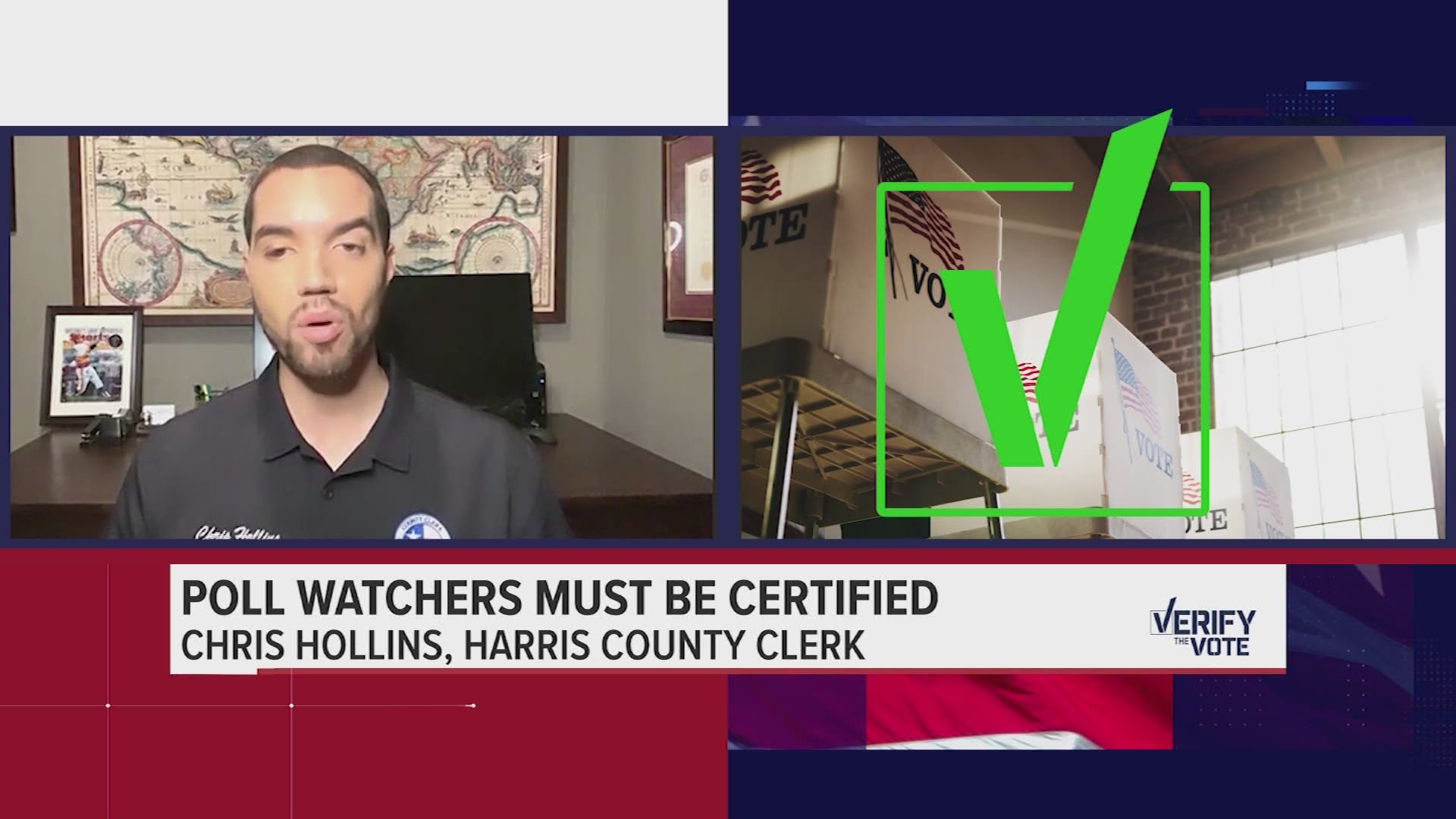 HOUSTON — If you voted early, you may have noticed poll watchers standing nearby. The VERIFY team got answers to your questions about the rules they must follow from Harris County Clerk Chris Hollins.

Claim: Poll watchers must be certified.

Claim: A poll watcher can have their cell phone on while they're working at a polling site.

False. Hollins, “Again, for anyone who comes within a voting center, you have to power off your electronic devices and you cannot use them during your time at the voting center.”

Claim: A poll watcher can go into the booth and actually watch you vote.

False. Hollins: “Your vote is completely private and secure. No one is allowed to look over your shoulder and tell who you're voting for.”

Claim: An election worker or a presiding judge may look over your shoulder while you vote.

False. Hollins: “Nobody, not even an election worker or a presiding judge. Unless you're inviting them and asking for assistance, no one can look over your shoulder to see who you're voting for.”

Claim: Poll watchers are allowed to conceal and carry their gun while on duty.

False. Hollins: “No one is allowed to bring firearms or other weapons into voting centers.”

Claim: Poll watchers can ask you questions while you're standing in line.

False. Hollins: “A poll watcher is there to observe and report. They may not interact or disrupt that situation. A poll watcher should be completely silent unless they're having a private conversation aside with an election judge.”

Claim: If a poll watcher approaches you and you have concerns about it, you can file a complaint.