Harris County voters had more options than ever before with 122 voting sites plus drive-thru voting and extended hours at some locations. 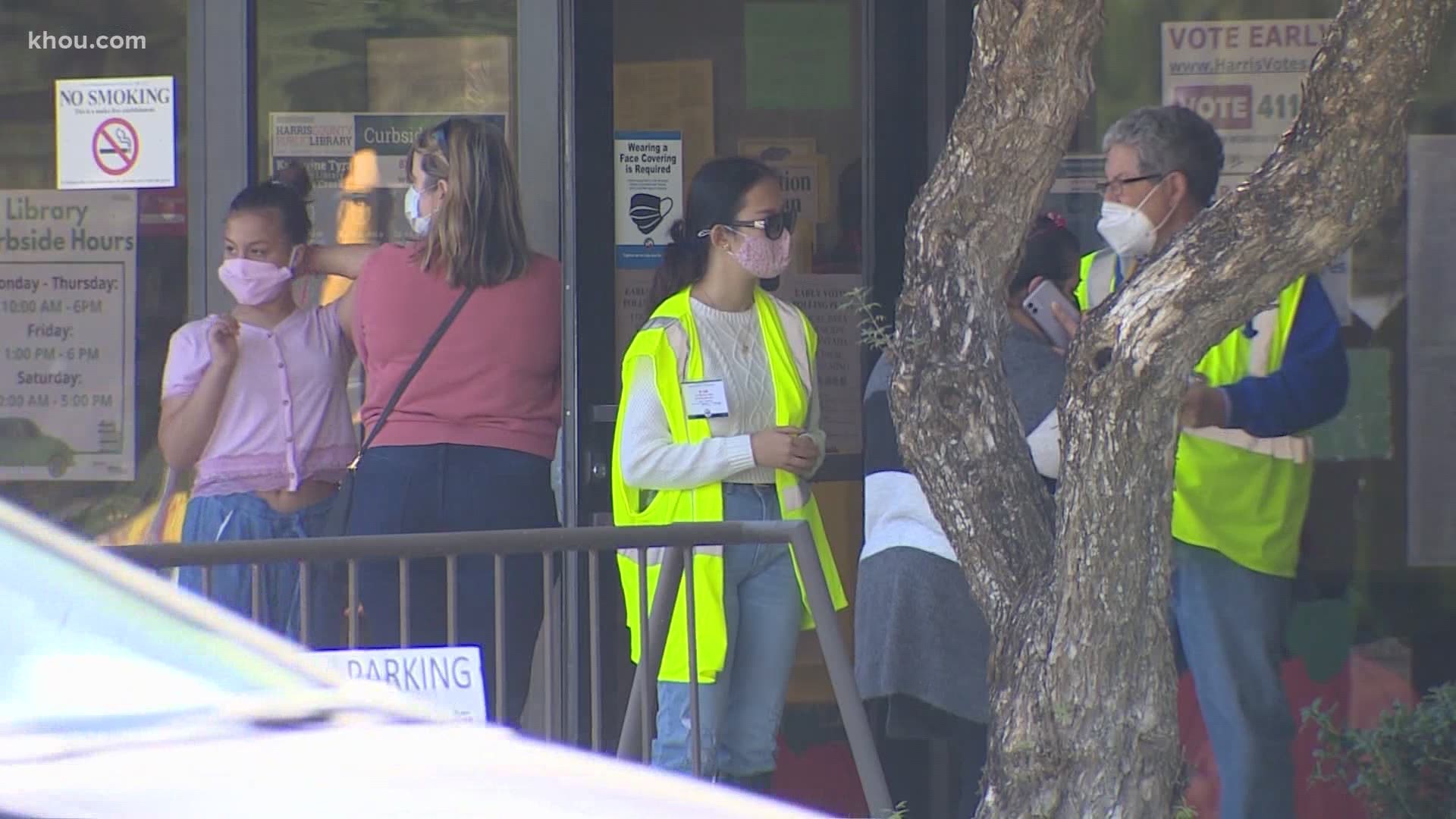 HOUSTON — On the final day of early voting in Texas, the Lone Star State reached a record turnout.

More than 9 million people had voted as of Friday morning, shattering a record and beating totals from 2016.

Harris County also surpassed its total turnout from the last presidential election. Its top election official said the turnout proves when you make it easier to vote, more people will show up.

County Clerk Chris Hollins and his wife brought their two kids to vote at their church Friday morning. It was also Hollins’ final stop visiting all 122 early voting sites to thank workers.

Hollins, who was appointed by Commissioners Court in June, tripled the number of early voting centers from 2016. He also added drive-thru voting at 10 sites and 24-hour voting at eight polling places.

An order by Governor Abbott limited Texas counties to one mail-in ballot drop-off site each. Hollins says that will change in Harris County on Tuesday.

“On Election Day, Election Day alone, we will reopen all 12 mail ballot drop-off sites,” Hollins said. “That’s completely within the bounds of the law. It’s not a contentious issue, or at least it’s not in my mind.”

On Election Day, Harris County will open more than 800 voting centers. Registered voters can vote at any of them, no matter their precinct. More than 11,000 election workers will staff them.

In all, there are still more than 1 million registered voters in Harris County that haven’t cast their ballot.

Turnout from overnight during the first-ever 24-hour voting period in Harris County (and Texas). 👇🗳️🇺🇸 https://t.co/IkfRVDDsdR