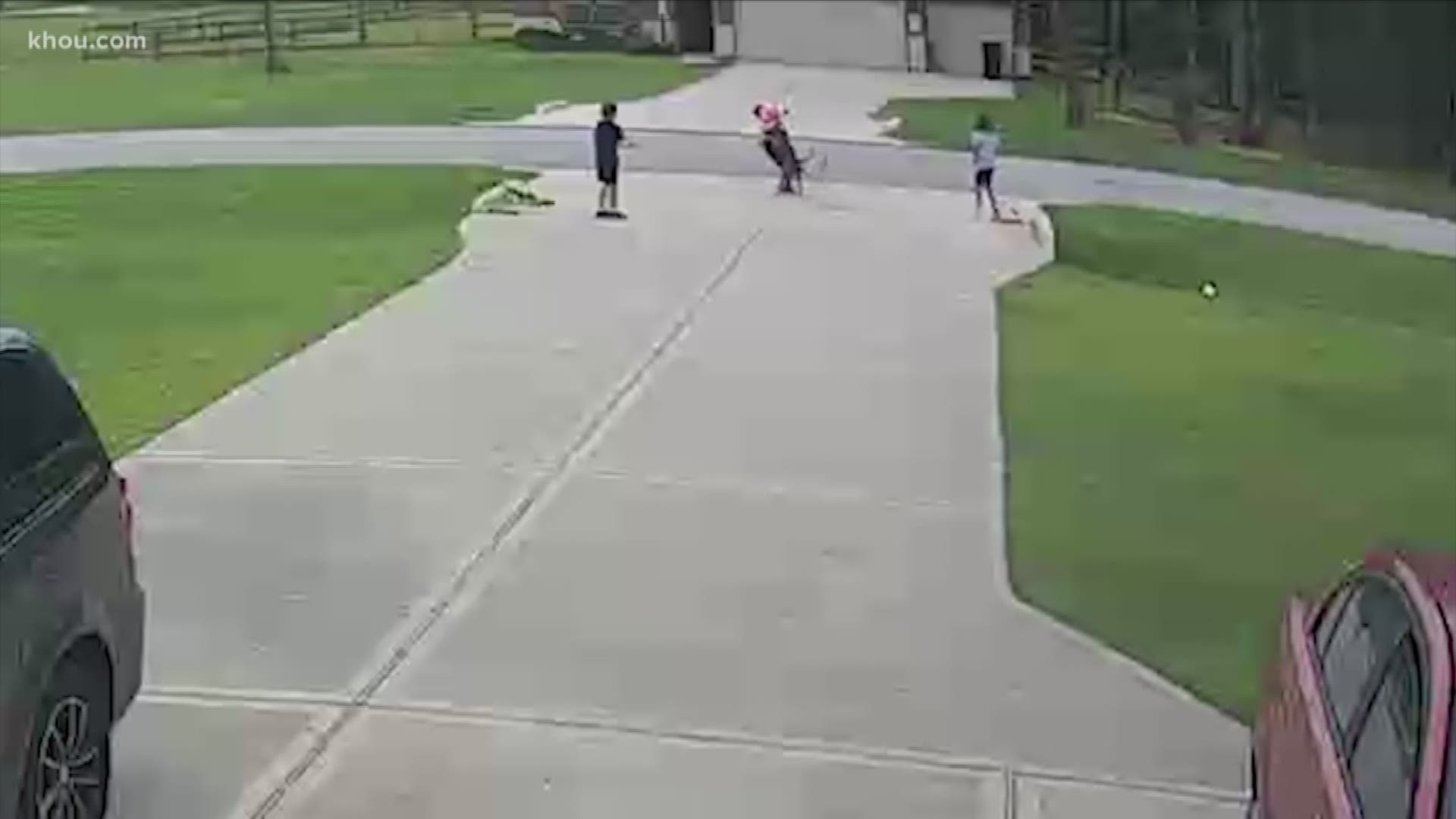 CONROE, Texas — Jillian Lindeman’s 6-year-old son Mason and two neighbors were playing in the driveway of his Conroe home Sunday when a pit bull attacked him.

Grant Brown's mother Crystal said her son could hear the boy’s screams from the their house a few doors down.

The video shows Brown, 19, running down the Deer Trail II subdivision road, yelling at the dog until the pit bull stops attacking Mason and chases Brown.

The neighbor’s surveillance camera shows the dog knocking Brown to the ground, but he was able to get up and run to safety.

The dog bite to Mason’s head required a few staples and Brown suffered a cut to his hand.

The dog was surrendered to Montgomery County Animal Control.