Deputies said fog may have played a factor in the crash, which happened in the Riverstone neighborhood. 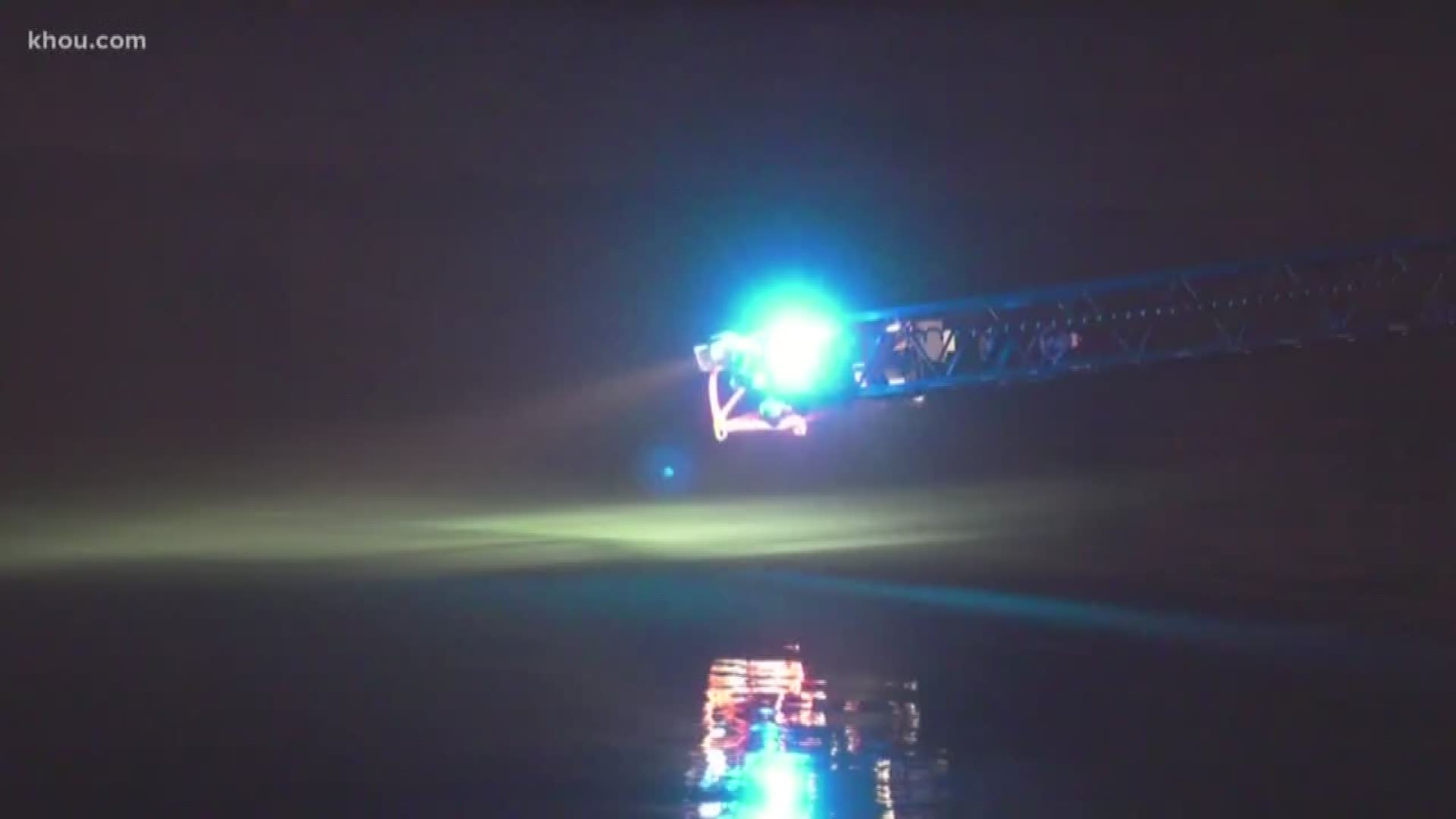 MISSOURI CITY, Texas — *Editor's Note: The above video was originally published early Tuesday morning, prior to law enforcement announcing that the woman had died.*

Officials identified the woman as Aisee Mwembo, 36, of Sugar Land.

The crash happened just after 10 p.m. Monday near Kirkpatrick Way and Riverstone Crossing Drive in the Riverstone neighborhood.

First responders were able to pull Mwembo from her submerged car and take her to an area hospital.

However, Tuesday evening, FBCSO officials announced that she had died.

Deputies at the time of the crash said heavy fog in the area was likely a factor in the crash.

PREVIOUSLY: First responders rescued a woman from her car after she left the road and crashed into a Missouri City lake overnight.

The crash happened just after 10 p.m. Monday near Kirkpatrick Way and Riverstone Crossing Drive in the Riverstone neighborhood.

Fort Bend County Sheriff’s deputies said they received a 911 call about the incident.

Three deputies and Missouri City firefighters responded and went into the water to break a driver's side window on the vehicle, pulling the woman to safety. Fort Bend EMS transported the woman to an area hospital where she was reported to be in critical condition, as of last check.

The Houston Police Department’s Dive Team was called to the scene to help recover the vehicle and to make sure no one else was inside the car.

Deputies said the heavy fog was likely a factor in the crash. They also said the woman recently started a new job in the area and may have not known her way around.

Her identity has not been released.