Deputies say the couple left the 16-month-old in their unlocked car outside a gas station while they gambled inside. 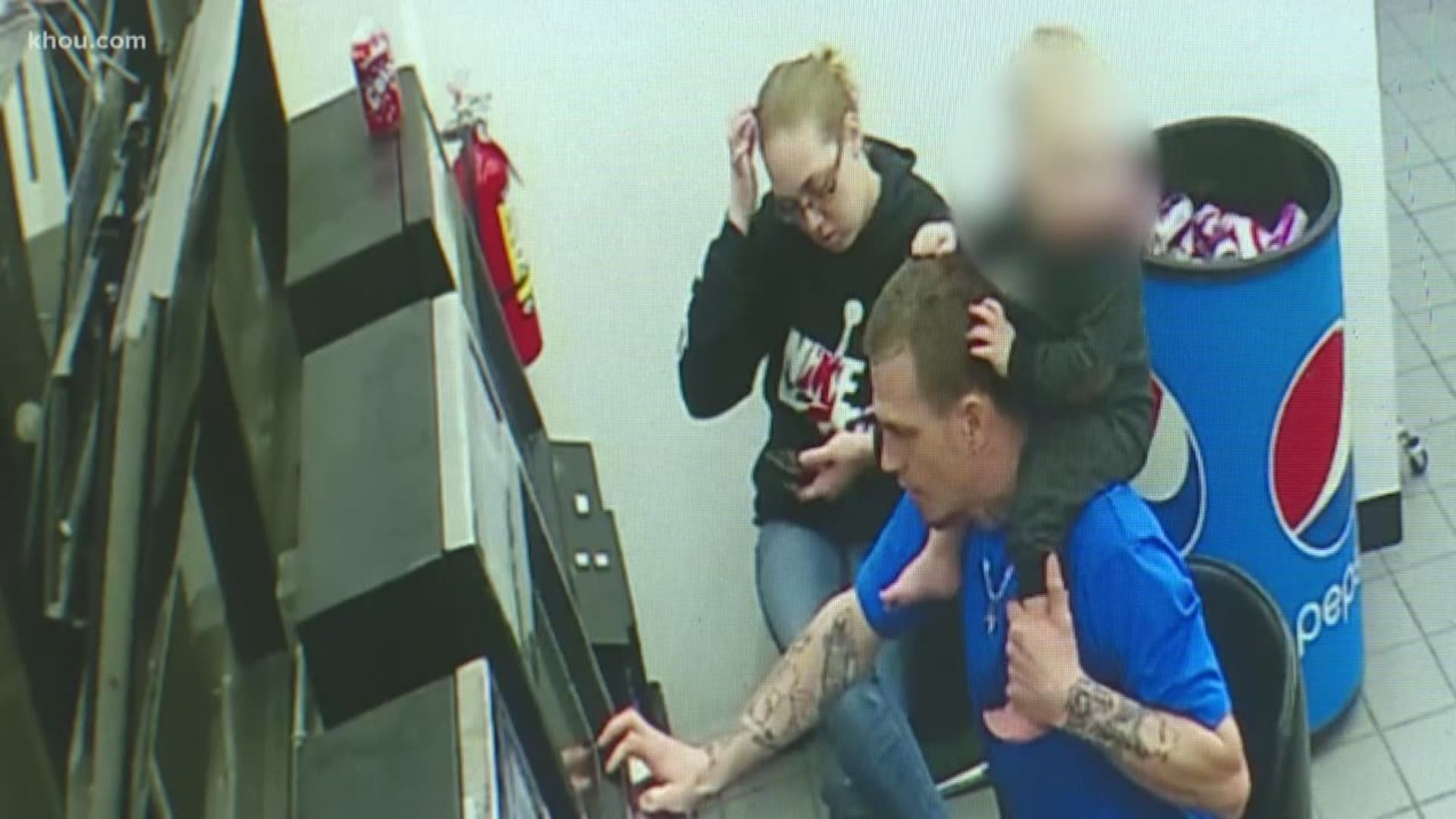 HARRIS COUNTY, Texas — A Harris County mother and her boyfriend are accused of gambling with her kid’s life while playing digital slot machines, the Harris County Sheriff's Office said.

They say the couple left the 16-month-old in their running car outside a Shell station on Homestead at Old Humble Road while they gambled inside.

Two men jumped into the unlocked car and took off.

After a frantic search, the little boy was later found unharmed in MacGregor Park, some 20 miles away, thanks to a park ranger who was locking up.

"He saw what he first mistook to be an animal, a small animal, walking through the parking lot," said HCSO Sgt. Ben Beall. "Turned out to be our 16 month-old child. The child was wearing a onesie, shivering cold.”

"It's pretty chilly out here, and there's a lot of wild animals running around here," said Officer Kerry Clopton with the Houston Police Department. "Things could have ended up differently ..."

They were seen on surveillance video running from the store in a panic when they discovered their car and the child were gone.

Meanwhile, the little boy was turned over to grandparents after being checked out at a hospital.

Flores told us she’s warned the couple before about leaving the kid in their car.

“I would watch the baby from the window, you know, whenever they were in here playing," said Flores. "I’d say 'ya’ll got to go because that’s not going to happen.'"

They’re accused of walking away from a nearby probation facility called "Young Men About Change" before allegedly taking the car.

They may have been unaware a child was inside when they took off in the car.

Deputies said the young men were on deferred adjudication for previous felony offenses, but earlier in the day Sunday they "absconded from the Harris County “Young Men About Change” (YMAC) facility," a facility that helps convicts and those with substance abuse problems.

Here's a statement from the Harris County Community Supervision and Corrections Department regarding the suspects who walked away from one of its facilities:

YMAC is a community corrections treatment facility where individuals can be ordered as a condition of probation.  It is a treatment facility. It is not a jail or prison and is not staffed by law enforcement officers or corrections officers like a jail or prison.  While the facility is locked, the staff cannot physically restrain a probationer attempting to leave the facility.  If a defendant leaves without permission he/she/they can be charged with a State Jail Felony.

In these cases, law enforcement is contacted when they leave. That’s what happened last night.