Their family motto: ‘In This Family No One Fights Alone’ is more important than ever. 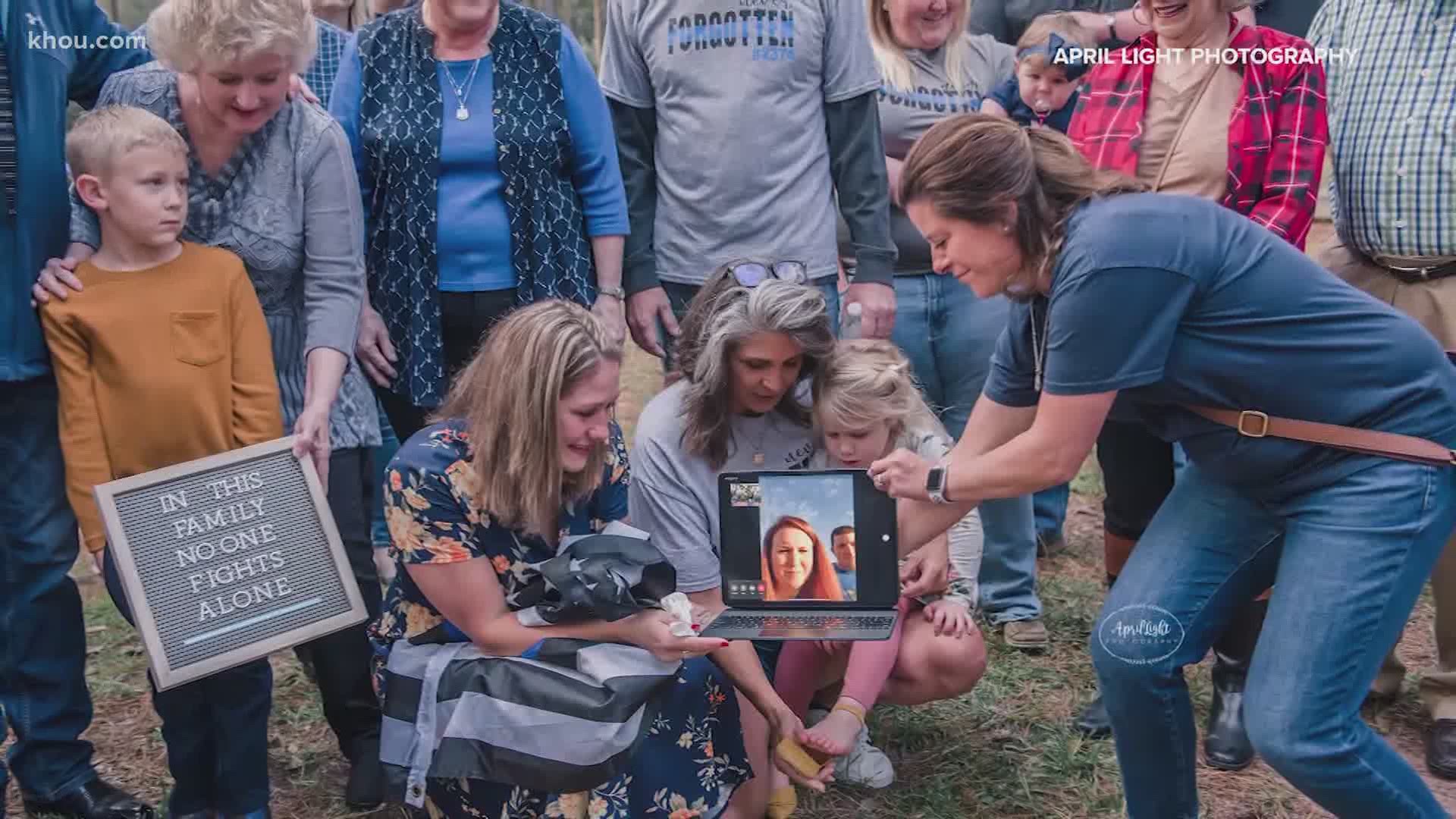 HOUSTON — Monday will mark six months since a Houston Police Department helicopter crash killed officer Jason Knox. Over the weekend, his wife and two kids were surprised by their loved ones in a very special way.

More than 100 family and friends gathered to be with Keira Knox and her two children as they took new family portraits.

Since the crash on May 2, time has stood still for Knox.

“He was only 35,” she said. “And he’d already survived one crash, so I thought the whole time that they were mistaken, that this couldn’t have been him.”

Their family motto: ‘In This Family, No One Fights Alone’ is more important than ever these days.

“They understand that he’s not coming back and that we’ll see him again one day,” Knox said about her children.

The Knox family recreated their family photos as a tribute to Jason. Little did they know that waiting in the wings was a big surprise.

“That’s when I turned around and saw this flood of people that I had no idea they were coming and I just fell at that point. The overwhelming support is unbelievable,” Knox said. “Deep down, you always know that you’re not alone but every once in a while a big reminder and a big gesture like that really helps. I would be completely lost if I didn’t have all of these people.”

The whole surprise was organized by the April Light with April Light Photography. April is offering mini sessions that benefit the Knox family.