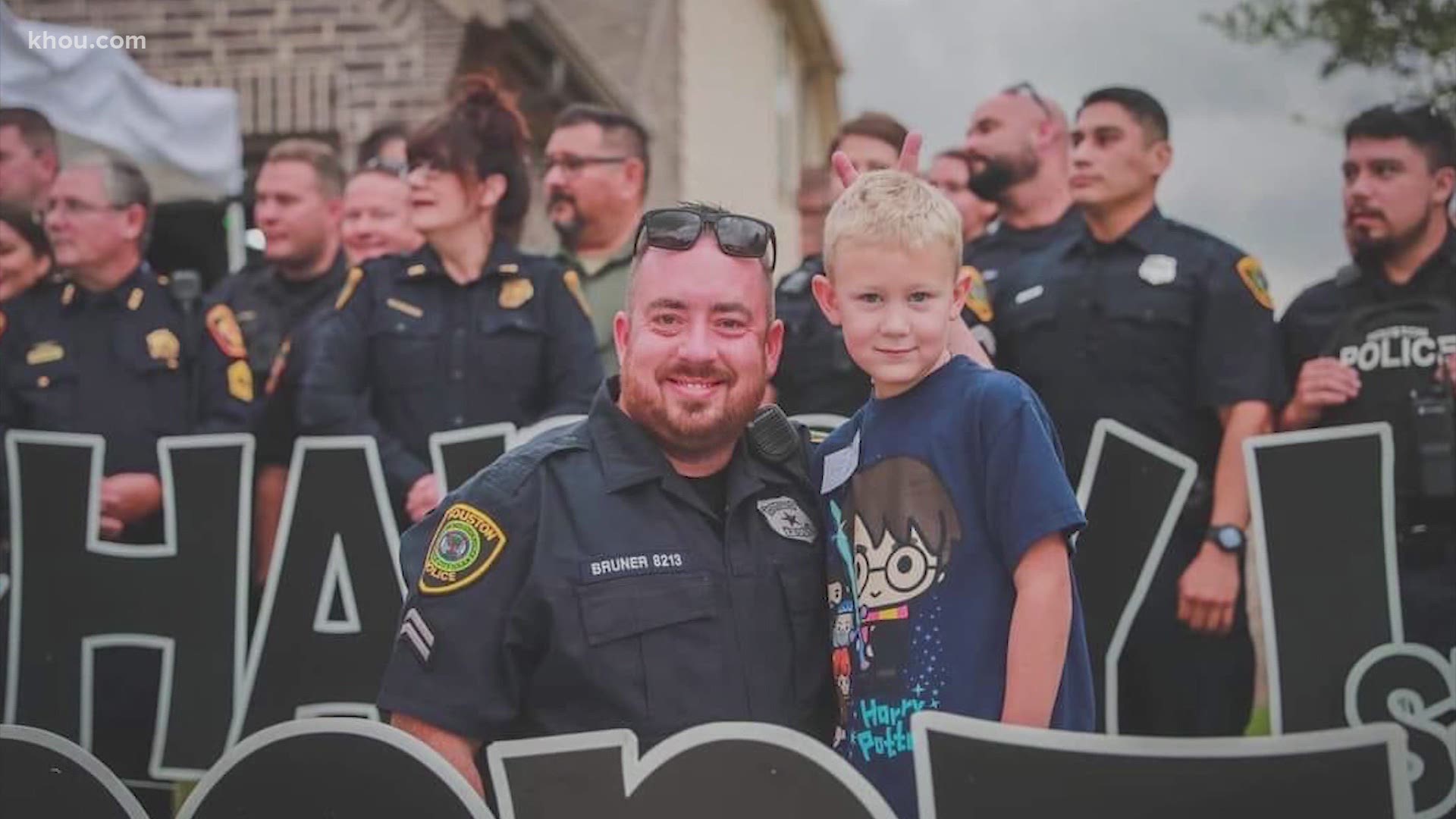 CYPRESS, Texas — It’s doubtful anyone had a better first day of school than 6-year-old Cooper Knox of Cypress.

And few have had a more difficult four months than Cooper and his family.

He is the son of HPD Officer Jason Knox, who was killed in a helicopter crash on May 2

Knox’s police family wanted to make sure Cooper’s first day of first grade was extra special, so a wave of blue turned out to support him.

“They’re all here for you, big boy,” Mike Knox told his grandson after he looked out the window and saw the large crowd.

Houston police officers came on horseback, on motorcycles, in squad cars and in helicopters.

“This was going to be a very sad day for us – it still is to a degree -- but it’s been tempered quite a bit by this outpouring of love and support from our police family,” Knox said. “And the community, the whole community was out, waving as we went by, taking pictures and all that.”

1 / 15
Capt. Daniel Arizpe, Cy-Fair Fire Dept.
Houston police officers came on horseback, motorcycles, in squad cars, even by helicopter to make Cooper Knox’s first day of first grade extra special. Cooper is the son of fallen HPD officer Jason Knox, who was killed in a helicopter crash in May.

It was quite a scene for the wide-eyed kids on the school bus as Cooper boarded proudly. His mom Keira watched and waved goodbye.

The bus was escorted to Warner Elementary School in Cy-Fair ISD by motorcycle officers, squad cars and a Cy-Fair Fire Department truck and ambulance. Mounted Patrol Officers lined the sidewalk near the school.

It was an emotional day for the family.

“It's an opportunity for us not to cry so hard,” Mike said. “We wanted to make a positive something out of this terrible event.”

For Cooper, it was a day he’ll never forget.

“He had a great time and he was just overwhelmed, I think, with how much fun it was to start his day with all this activity,” Mike said. “Of course, he’s going to be a celebrity here at the good for a few days.”