Running 4 Heroes presented the check to the heroic pilot who suffered critical injuries during a fatal helicopter crash in early May. 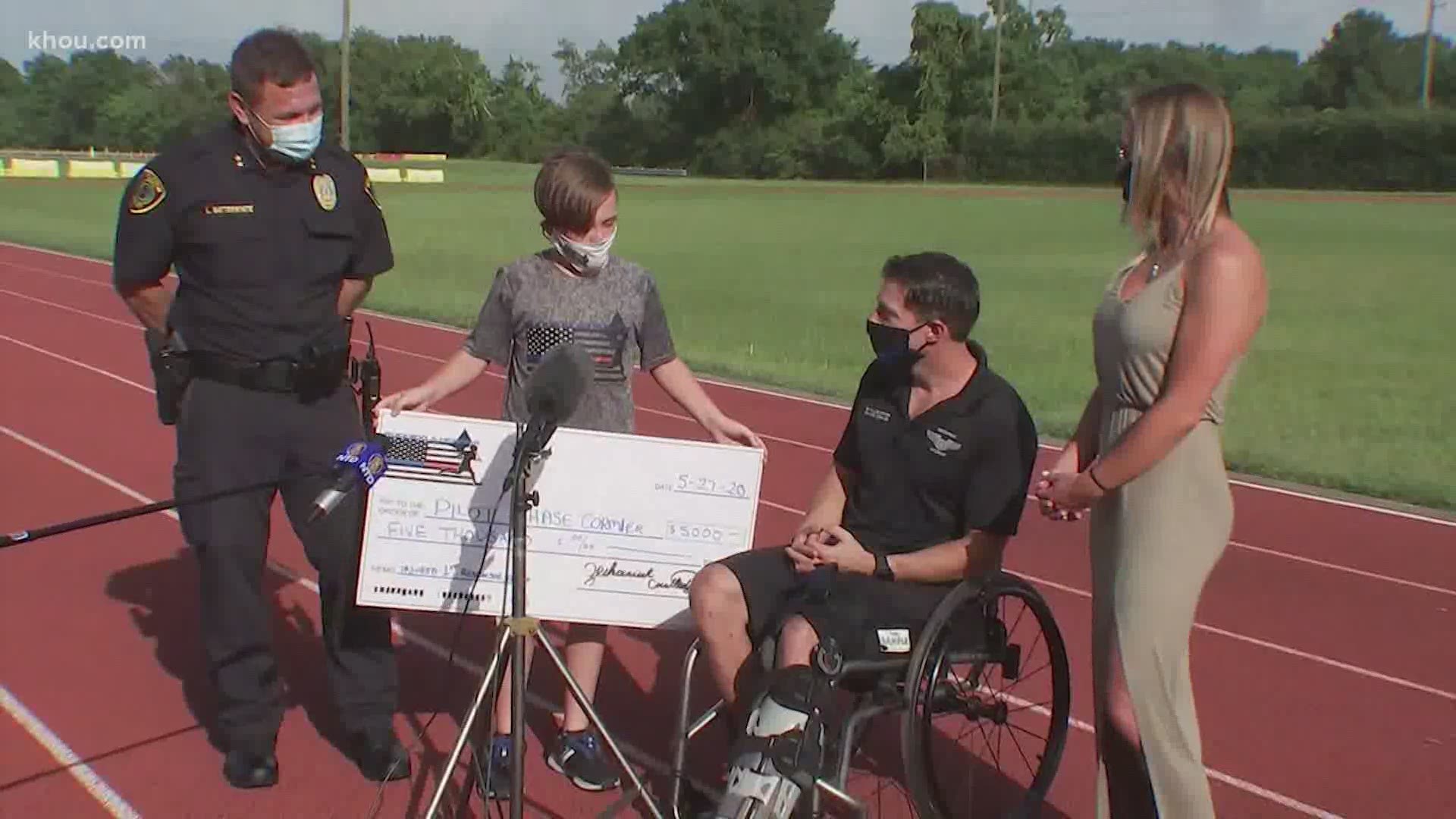 HOUSTON — Houston police officer Chase Cormier was presented with a $5,000 check Saturday afternoon from Running 4 Heroes, a nonprofit organization created to raise money for wounded police and other first responders.

"I'm blessed, but it just makes me feel overcome with joy," Cormier said. "You truly don't understand how many people appreciate what you do that don't even know you...I'm just one of 800,000-plus officers, and so many more first responders, out there."

Cormier has been recovering from serious injuries he sustained in early May during the fatal helicopter crash that killed HPD officer Jason Knox.

The pilot said there are still several injuries, including some in his back, that he is healing from but his patience is unwavering.

Zechariah Cartledge, who is 11 years old, started Running 4 Heroes when he was 8. He has already raised almost $200,000 for first responders since starting the organization, which also pays tribute to fallen emergency responders.

"It's a pleasure to give you the grant, and I think you well deserve it," Cartledge said. "You did many things for Houston, and you inspire me for what you did. You inspire me in the fact that you pushed through your injuries."

Cartledge presented Cormier with the grant at the Houston Police Academy L.D. Morrison, Sr. Memorial Center. The two quickly bonded over their shared passion for helicopters and aviation.

Cameras and supporters joined them as they shook hands on the school’s running track. During their meeting, Cartledge also ran the track as part of the national fundraising tour.

Cormier has been with HPD since 2006 and is assigned to the Air & Marine Division. He is a U.S. Army veteran who served in Afghanistan and helped saved hundreds of lives along the Texas Gulf Coast during Hurricane Harvey.