Officer Jason Knox died in a HPD helicopter crash last week. He was laid to rest Saturday during a private funeral. 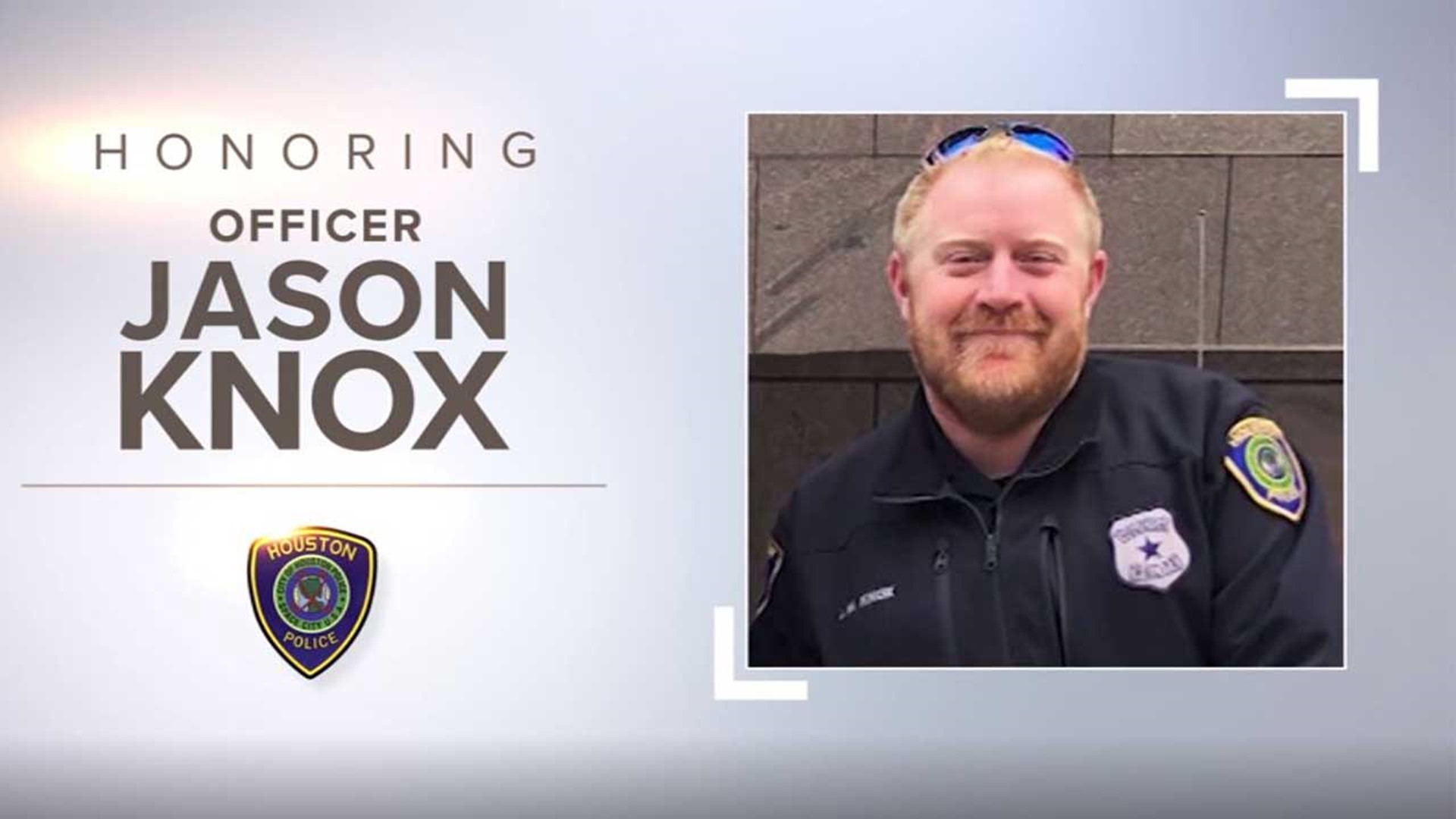 Family, friends and dozens of police officers attended, while his fellow officers who knew him best shared stories of Officer Knox as a family man who loved cigars and practical jokes.

The 35-year-old tactical flight officer lived to fly, his friends said, and got his flying license before his driver's license.

“I consider Jason my brother. I will miss him and I will mourn his passing. I will not forget him," said Houston Police officer Michael Bruner.

Bruner was Knox's mentor, and the two quickly became much more than coworkers. They talked about buying adjacent houses so husbands and wives could spend time separately, and kids could play together.

"We won’t leave you. We’ll be here to help you raise these beautiful kids to the caliber of kids their dad would want," said Bruner, to Knox's wife Keira and his two children, Cooper and Eliza.

Other officers remembered Knox's rapport with children. Officer Lee Donovan recounted a time when Knox brought a police cruiser to Donovan's daughter's school so kids could sit inside.

"Jason just had a way of doing that with children. Where he’d be around and the energy he brought made them all light up," said Officer Donovan.

Houston Police Chief Art Acevedo spoke at the funeral and shared touching stories about Knox’s tenacity and dedication to his job.

“He taught us a lesson in perseverance. A lesson in goal setting. A lesson in never giving up. A lesson in, if you get knocked down you dust yourself off and you get back up and you jump on the horse," said Acevedo.

"What hurts the most is that we lost a man who didn’t give us a spiel, he gave us his heart and he gave his soul to Jesus," said Chief Acevedo.

Acevedo then shared a six-minute clip of Knox’s HPD interview which Knox stated he wanted to be a HPD officer so he could fly helicopters. At the time, the waiting list was long, but Knox said he didn’t mind putting in the time or work to get to his goal.

After Acevedo wrapped up, Houston Mayor Sylvester Turner spoke about Officer Knox and announced May 9 would officially be "Officer Jason Knox" day in Houston.

Through tears and laughter, Knox's friends within the department shared emotional stories about their time spent together and how much of an energetic light he was to those he came in contact with.

It was very clear Knox was loved by many. He will be remembered as a great police officer, a devoted husband and a loving father of two who loved vintage cars and helicopters.

"God could have taken him any way he wanted, but He took him doing what he loved most: saving lives and serving others, selflessly," said Chief Acevedo.